Grilled Steak and Asparagus to celebrate Brooklyn''s "Day of the Year" 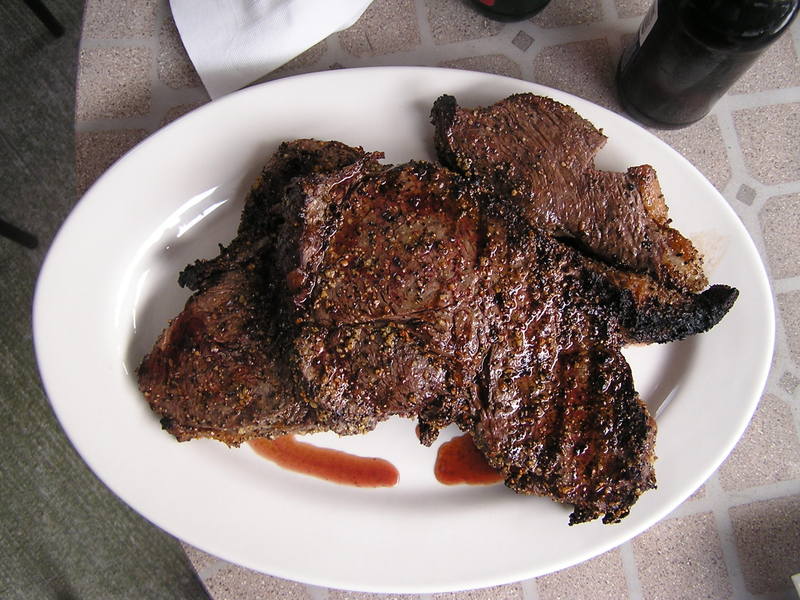 Saturday and Sunday of this weekend were among the best days this year, second only, perhaps, to last Saturday, the proclaimed "Day of the Year" by Manhattan Users Guide with a delightful essay about the joys of walking New York's streets.  Call this post the Brooklyn Users Guide--our own Day of the Year--spent soaking in a day dry and warm in the sun, cool and breezy in the shade. 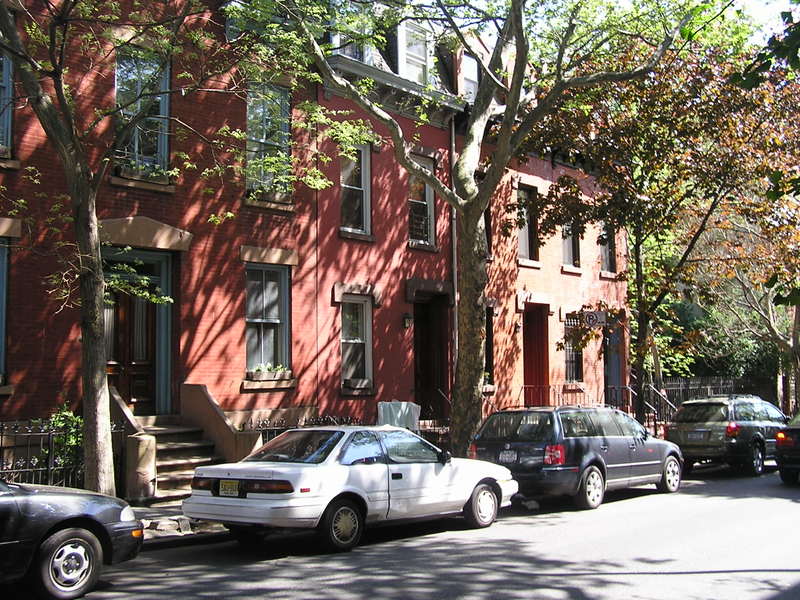 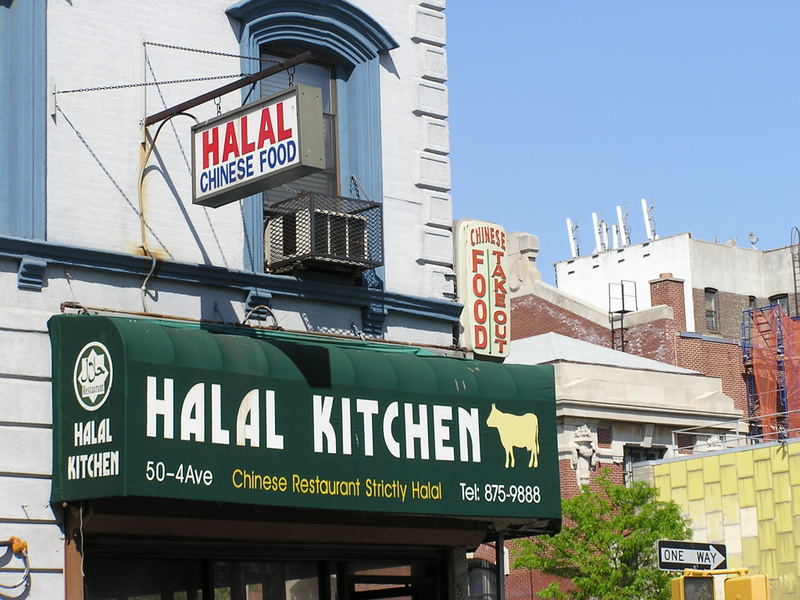 Spring may have officialy started back in March, and April had its great weekend or two, but May came with a full brightened assault so powerfully and magestic, it was hard to know what best to do.  We started in Cobble Hill and meandered over and up through the stately-yet-homely beauty of Boerum Hill townhouses, across 4th and 5th avenues (and the Chinese Halal restaurant, which we skipped) into Prospect Heights and its block parties.  Then, down to the Brooklyn Museum, an ice cream sandwich or three, and the sprawling, gorgeous Brooklyn Botanical gardens. 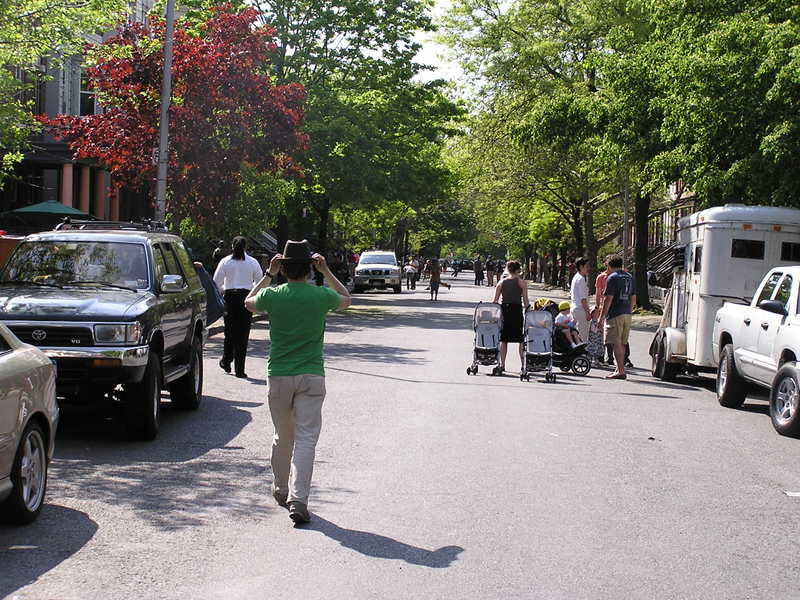 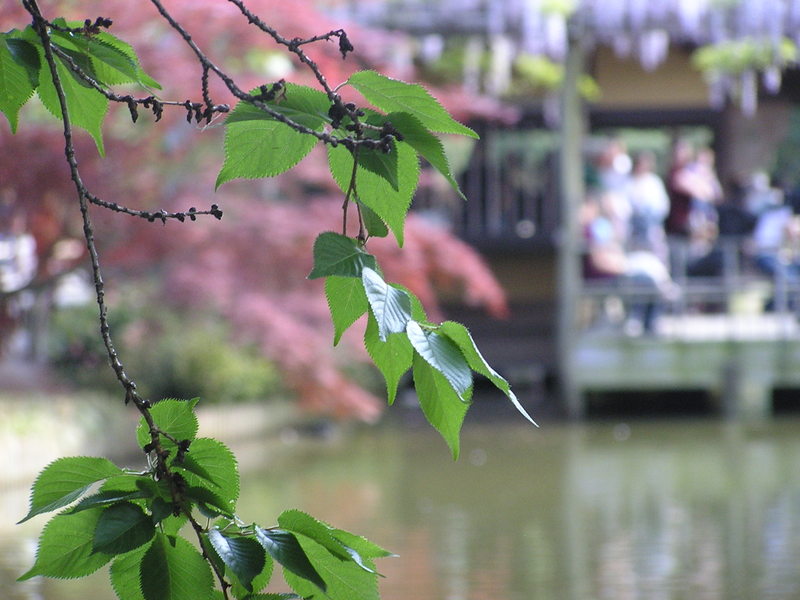 An afternoon well spent, after which we rested our legs on the subway, picked up a bunch of steaks and veg and beer in Brooklyn Heights, and retreated to Red Hook, where people actually have yards and room for big grills. 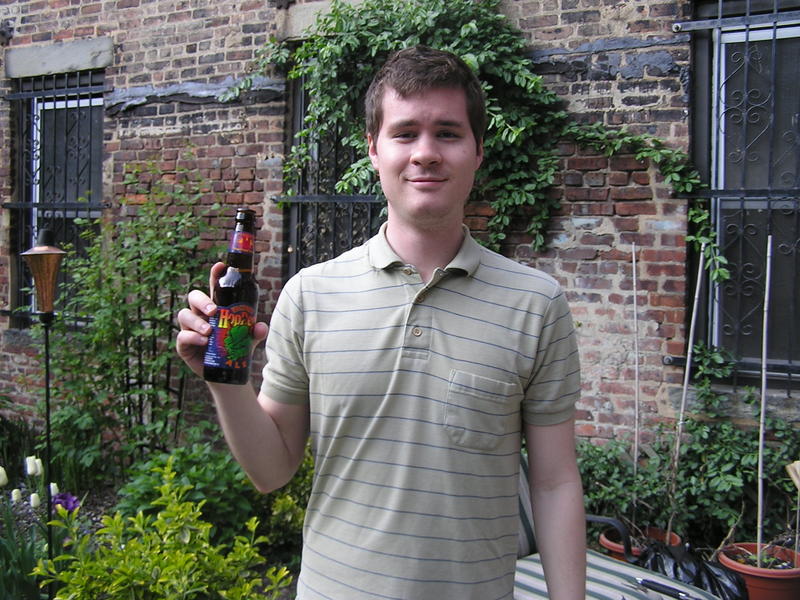 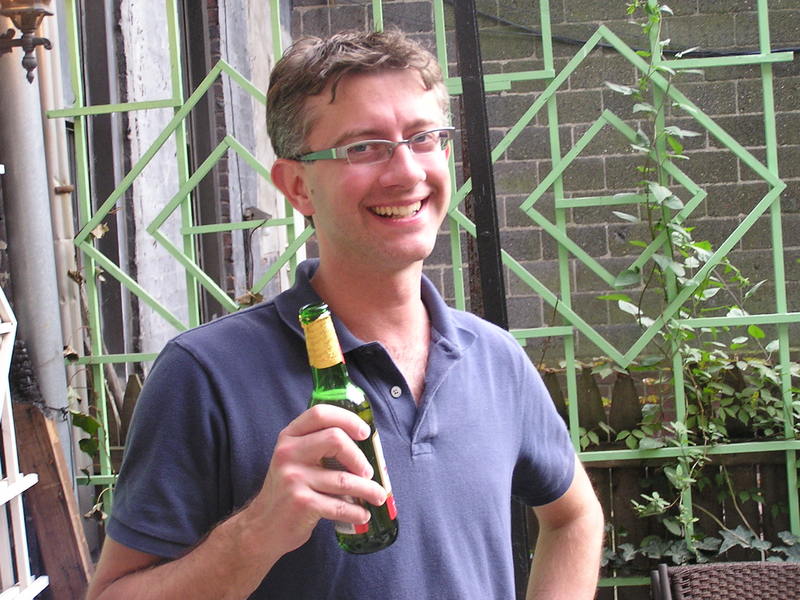 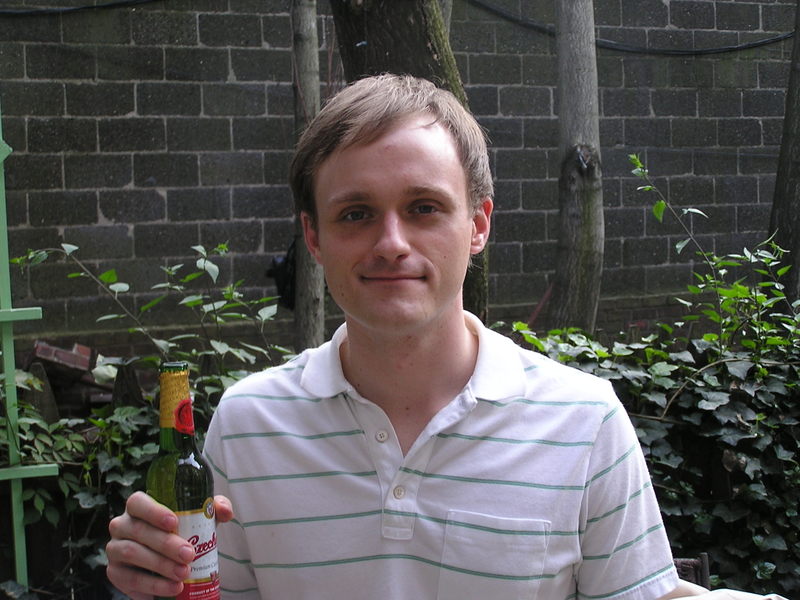 It helps to have a beautiful backyard lined with rows of meticuously groomed flowers like this: 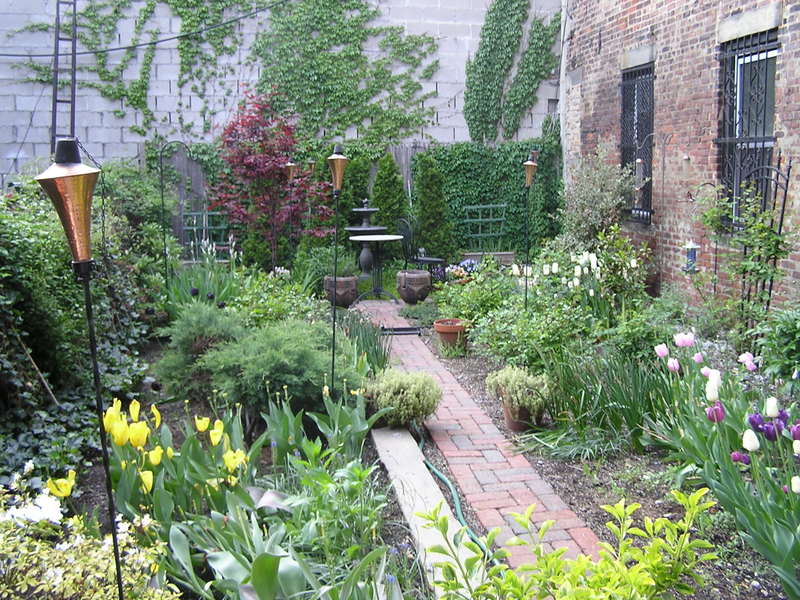 There is technique, and there is skill.  But all this quibling is best done with a beer in your hand prodding your buddy in the side with a large spatula, wondering aloud if it's time to flip the steak or not.  Ah, grilling is so manly. 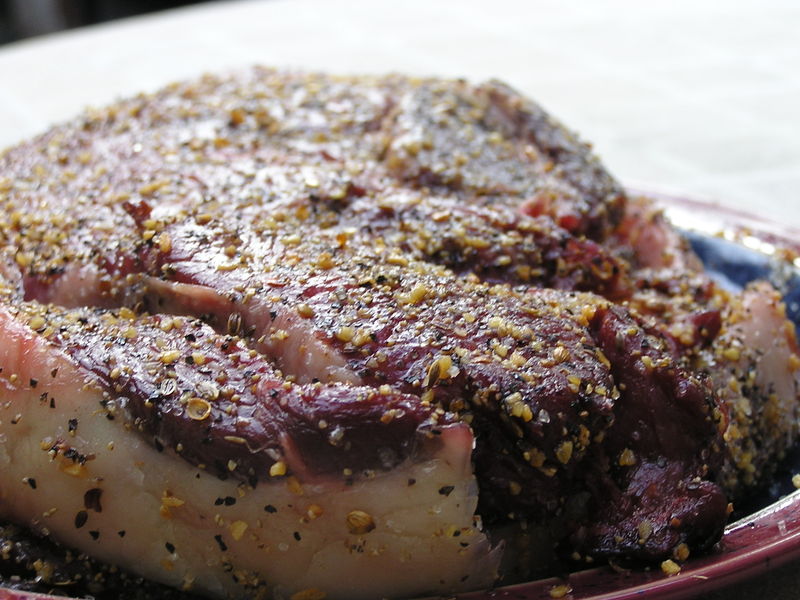 Get all the ingredients ready to grill before the grilling begins.  Lightly sprinkle some oil on the steaks and the generously coat with the steak seasoning.  In a bowl coat the potatoes in some oil and and shake or two of salt.  Same with the asparagus.  For the mushrooms we tossed them with some balsamic oil.  The idea here was to let all the vegetables be themselves (not heavily seasoned), while using a simple rub to make the beef a bold centerpiece of the meal.  Now open your fantastic grill and begin the real event. 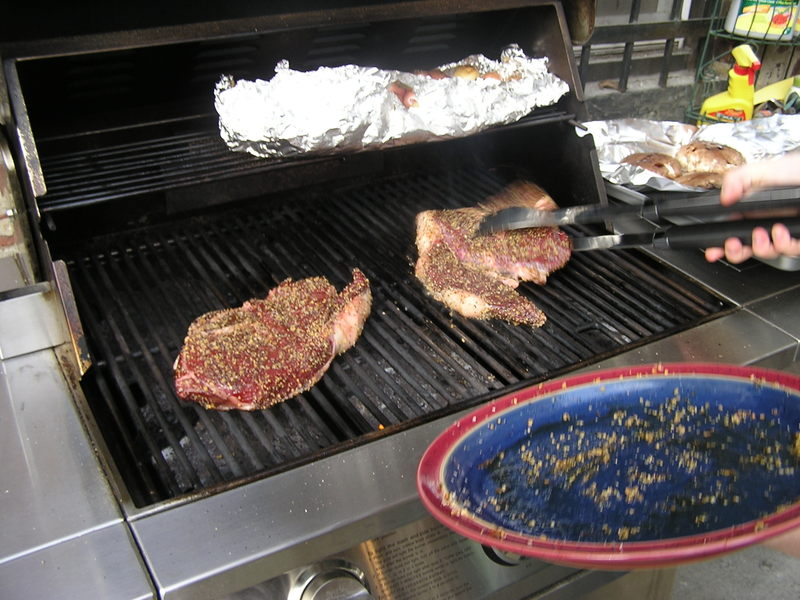 Set the grill on high and let it preheat for 15 minutes or so.  We cooked the potatoes in a little aluminum foil on the top rack for awhile with the lid closed, so it acted like an oven.  Let them cook for 15 minutes before starting the steak.  It won't take too long.  Cook the steaks, depending on their thickness, for around 5 minutes per side.  Flip and cook on the other side for the same amount of time.  When it looks like its close to being done, remove and set aside.  Then get ready for the vegetables. 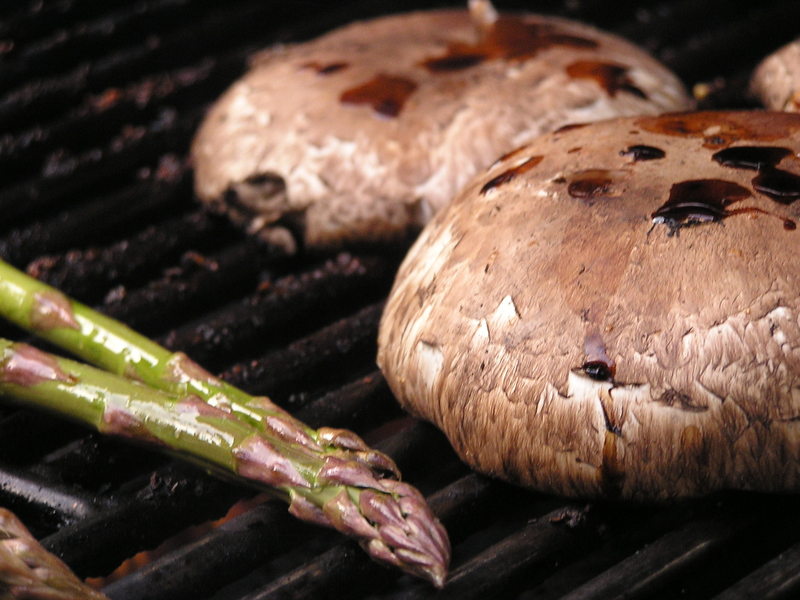 Lay the asparagus across the grill (literally just sprawl them out cross-wise against he grill lines) and cook until they start to char on the bottom and turn a brighter green.  Plop the mushrooms on the grill and cook for four to five minutes a side.  Meanwhile the steak is resting. 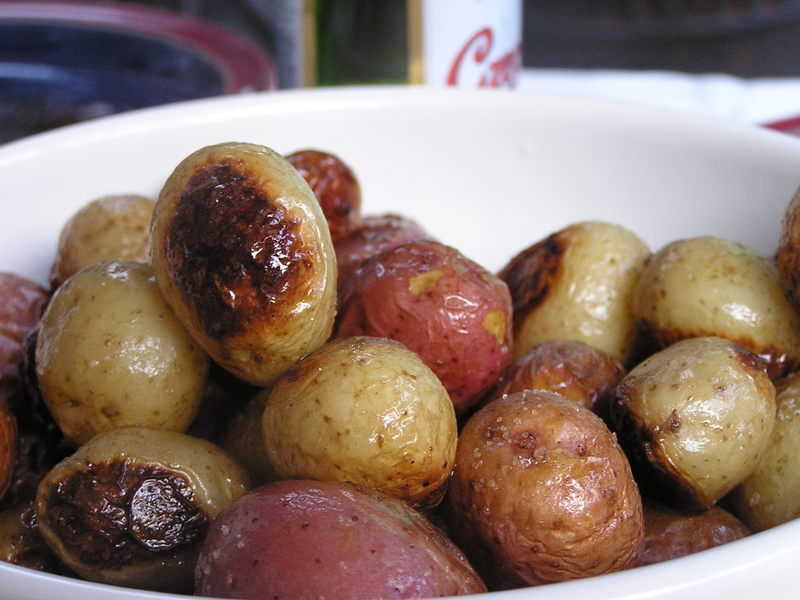 Present on beautiful plates in whatever manner fits.  Open another beer.  Bask in the sunlight, the close company, and the beautiful garden. 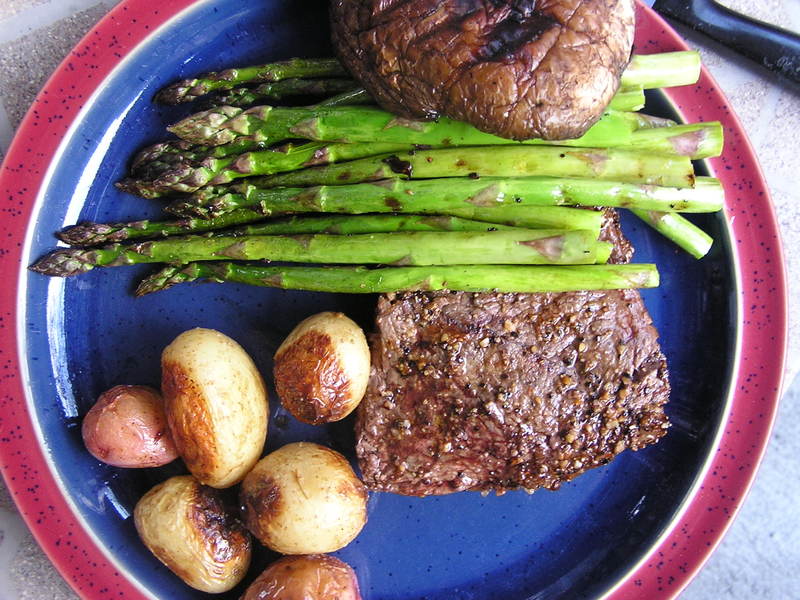