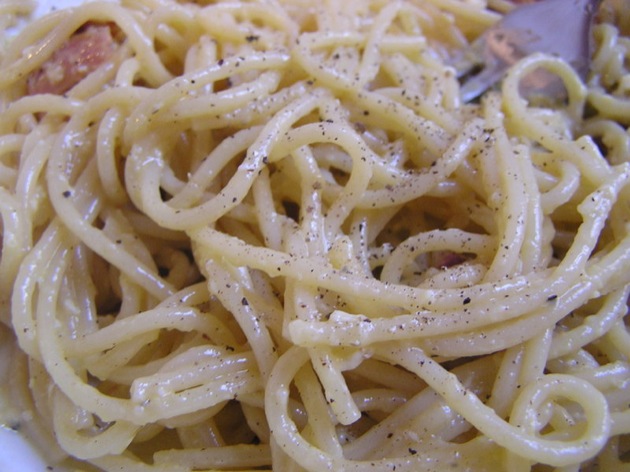 It happened again.  I'm just minding my own business, slowing making my way through Bill Buford's book Heat , and I get to passage where Alex, a former chef at Babbo, describes how Frankie, his screaming superior, had taught him how to make pasta Carbonara:

You render your guanciale, and make a sauce with and the egg whites, and then, after you've plated it, you add your yolks, uncooked.

That night I had pasta Carbonara at 10:30.  I loved it.  I loved it so much that for breakfast the next morning I had it again.  Right now, I'm considering making it for lunch.

I understand this might not seem like big news.  In fact, we've used raw egg in Carbonara before.  It was our very first recipe for the site , taken from a very authentic book called Cucina Rustica , and we are still very proud of it.  Instead of cream, which was what I always though it was, this one featured white wine and raw egg yolks.  As a commenter rightly pointed out, Carbonara should never have cream.  We felt good, like we'd gotten things right.  It's a great recipe, one that continues to pop up occasionally when there are only a few ingredients about.

What makes this one different?  First off, it takes that simple recipe and cuts it to the bone.  There is no onion, wine, parsley, or olive oil.  The proportion of eggs and bacon haven't really changed, but this one feels heartier, messier, and creamier.  I think the late addition of the yolk plays a big role.  The cheese, bacon, and egg really cling to the pasta, making every strand flavorful.  I can't get it out of my head.  In fact, if you'll excuse me... 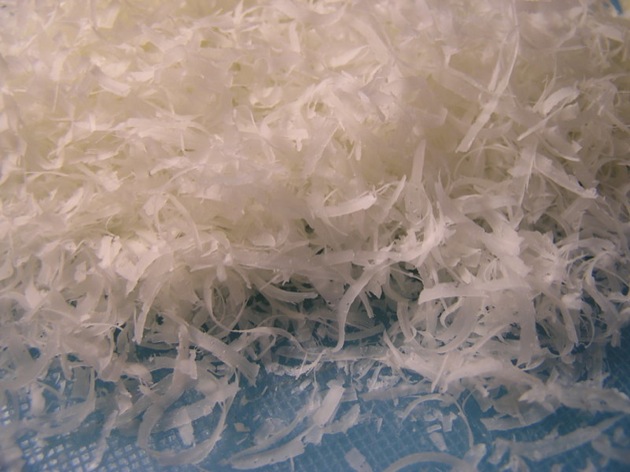 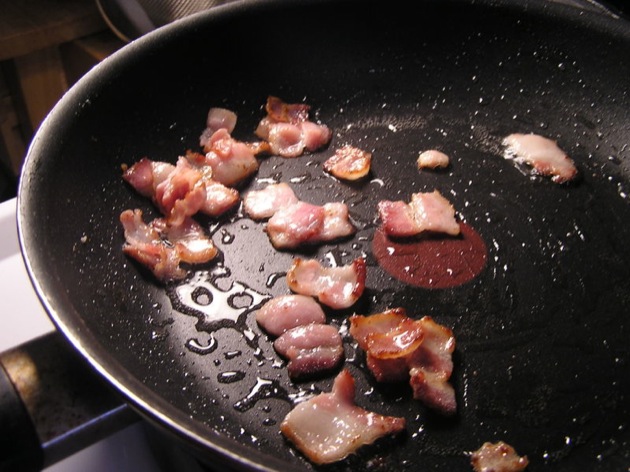 Boil the pasta until very al dente, or pre-al dente.  Around 8-9 minutes.  While that's going, roughly chop the bacon and cook it over medium heat until the fat starts to render. 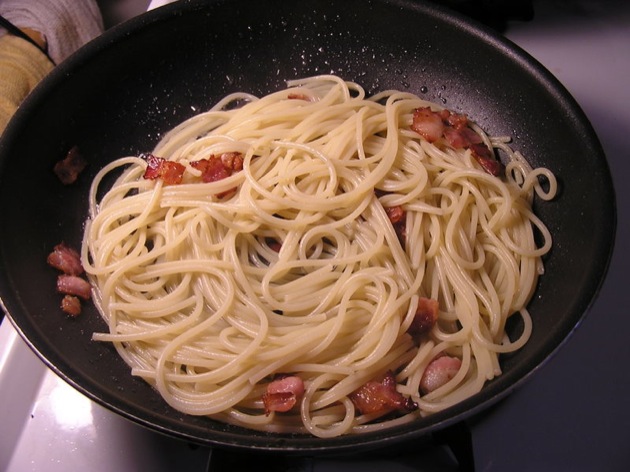 Throw the pasta straight into the pan.  Separate the egg, keeping the yolk, and placing the whites in the pan with the cheese, and then plate.  It will look kind of bad.  There will be little whites everywhere. 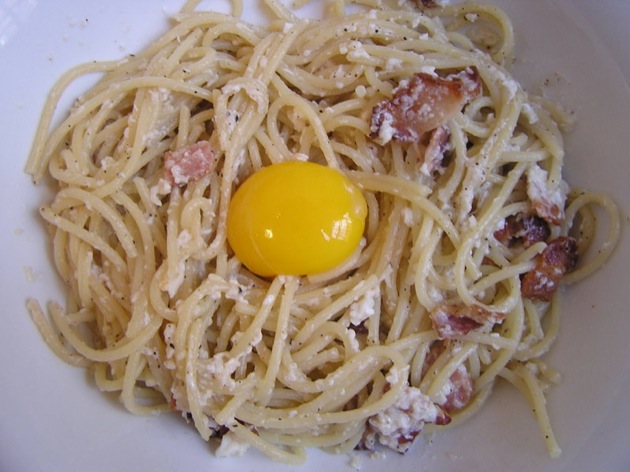 Kindly drop an egg yolk on top of the pasta.  Take a fork and mix everything around until the yolk has lovingly coated every strand.  Pinch and little salt and then go mad with the pepper.  Eat immediately.