_ Check out Day 1 to figure out why Nick is spending so much time on lunch spots in Manhattan . _ 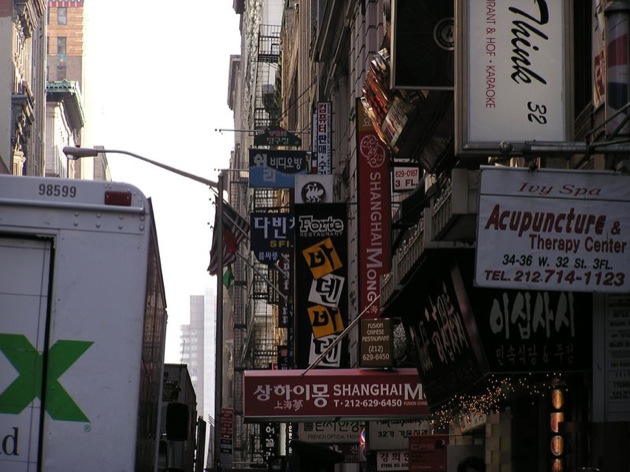 After a few months, even the finds of Flatiron become slightly boring for no other reason than repitition.  I began looking farther afield for something tasty.  With the subway less than a block away, I dreampt of being able to zoom up to any restaurant I pleased.  The whole of Manhattan would be open to my slightest food whimsy.  But something is draining about taking the subway during lunch.  It doesn't always arrive when you need it, and I've been left up at some far reach of Manhattan while the lunch clock kept ticking.  So I tended to keep my options within walking distance.  While my venture into Murray Hill wasn't completely succesfull, Chelsea has a host of great options, as does the East and West Village.  But no matter how good and cheap the food was, all of those neighborhoods had one little problem.  By the time I had walked all the way out there, ordered, eaten, and returned, I'd have wasted more than my allotted hour, and I'd have to think of some great lie when I returned to work.

There were a few exceptions.  La Taza de Oro, on the fringes of Chelsea and the West Village is a restaurant Blake and I made a habit of eating as often as possible.  It's a remarkable place, but much like Chennai Garden, it's not quite affordable.  So I'm going to leave it out.  We'll have a feature about it someday, because their roast chicken dish is top notch.

There was only one other place that I continuously walked many blocks for, and which I never tired of visiting.  In fact, I'd say that I was actually addicted in some small way.  What could cause such reckless walking?  Kimchi.  That pickled cabbage is powerful stuff.  And every week I'd feel the same urge and walk 10 blocks north to a little sidestreet in Midtown.

The sidestreets of Midtown are sunless places during the winter, and most are merely ones you attempt to walk through to get somewhere else.  But if you turn the corner on 32nd street, you'll wander into what is left of Koreatown.  You could be in a different city.  It's a remarkable transformation, and with the Empire State looming atop you two blocks to the north, seems completely out of place.  Two blocks north is Macy's, and along 34th is a strip of stores you could find in nearly any mall in the country.  But 32nd is completely stuffed with Korean signs reaching halfway up the buildings.  And for an eater this is a bastion of deliciousness.

Most of the places are a little too expensive for my low budget (I'd have eaten at the Mandoo Bar nearly every week if it were a tad more affordable).  What I did find was a little Korean buffet place called Woorijip . 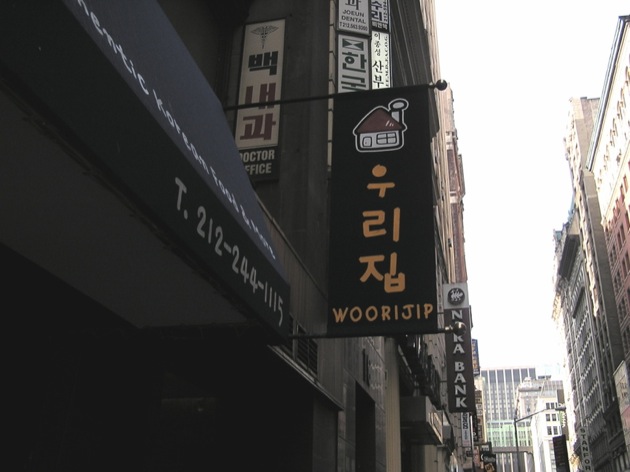 Woorijip doubles as a Korean buffet and noodle shop, and both options are wonderful.  The buffet is a long line of both cold and piping hot food that is brightly colored and aromatic.  Every item is labeled in both Korean and English, for those unsure of what they are dipping their tongs into.  I've probably been every week for a year, and I've never run out of things to eat.  The buffet is different everytime I'm there, and once I've exhuasted that, I go to the back of the store and order one of their huge bowls of soup, which come with rice, sushi, kimchi, and a random assortment of other things. 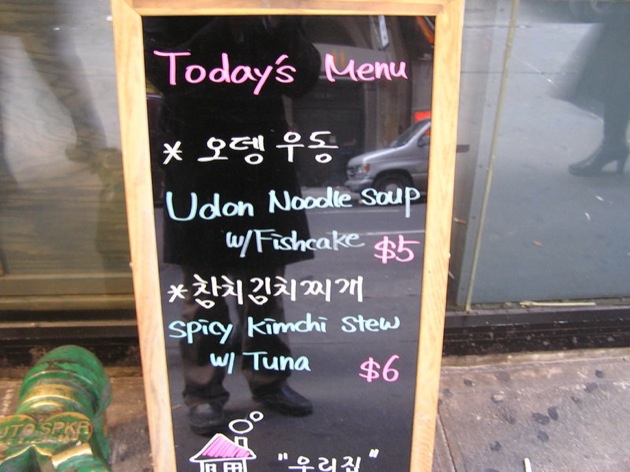 I'm not sure why I never went to regular salad and lunch bars around the neighborhood, and went here some two dozen times.  I knew precisely zero about Korean food before I made my way to Woorijip for the first time, and for all I know this could be a bastardization of traditional recipes.  I just don't really care.  For roughly $5 I ate some wonderful dishes that didn't drain my pocket, but were powerful in taste. 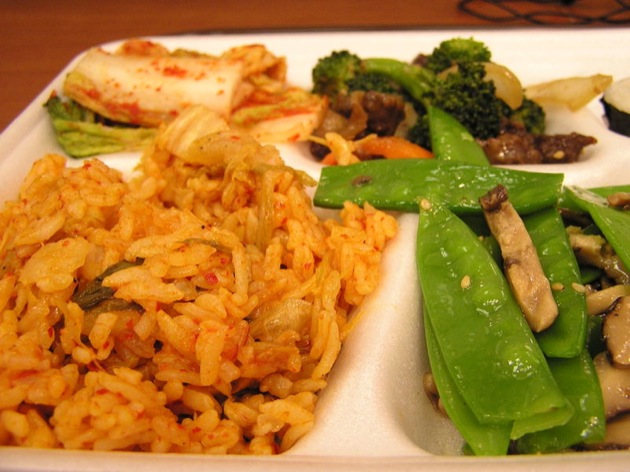 Sorry these pictures are so bad, but I'm not kidding about no sun on the sidestreets of Midtown.  And everyone at Woorijip started pointing at me and giggiling as I was taking pictures of my food, and I was embarrassed.