A Salad Grows in Brooklyn 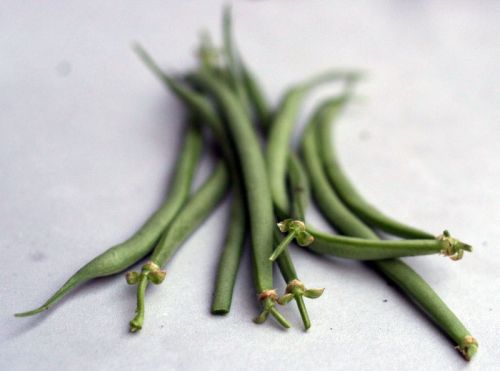 It was the most fantastic feeling in the world--especially for someone who has no idea how to grow food, like me. A bunch of seeds Elin and I planted months ago in a nearby community garden--tomatoes, kale, peppers, cucumbers, snap peas, beets, radishes, onions, lettuce, and corn--had been growing into large green bushy things that we hoped weren't weeds. Were they healthy and sated with water and getting just the right sunshine?  Did they look right?

Then one fine day, out of some stem it came.  Something I recognized.  A tiny, half inch long green thing: a green bean.  The affection I felt for that bean is impossible to describe.  It's just a plant.  Green beans aren't even my favorite vegetable. But what a revelation, to plant, tend, and have something to show for it.  All the cliches come immediately to mind -- "ah, the miracles of nature" for instance -- but this is a moment when you feel like you're experiencing the reason it's a cliche in the first place.

After just a few days, these seriously resilient plants started sprouting beans all over the place.  It was around the same time that our lettuce started getting big enough to harvest and our French breakfast radishes suddenly announced themselves.  So we brought everything home in a little basket and made a true Brooklyn-grown salad, a locavore radius of two blocks. 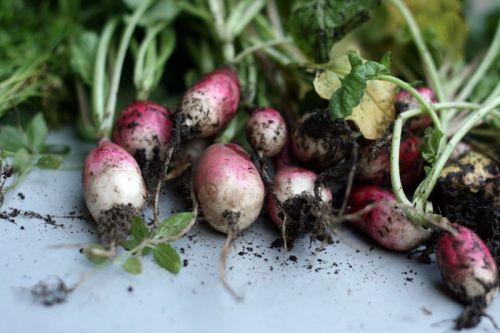 The radishes were picked all at once, some larger than others and all in need of a shower. 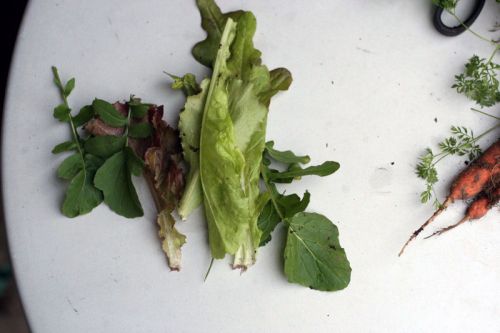 The lettuce harvest was modest -- the plants were too young to pull too many leaves -- but we had just enough. 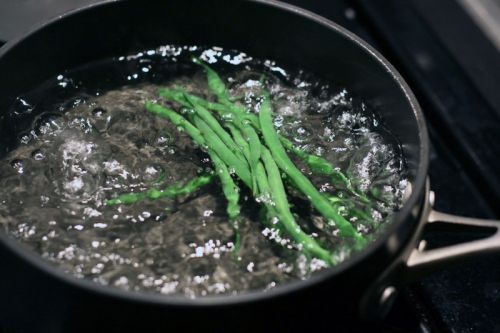 The bean plants are called Fin de Bagnol, and they produce a similar bean to haricot verts, the tender young French string bean.  We boiled them in salted water for just 3 minutes; they all bunched and clung together.  After they had just done tender we dunked them in ice water to arrest the cooking and set the gorgeous green color. 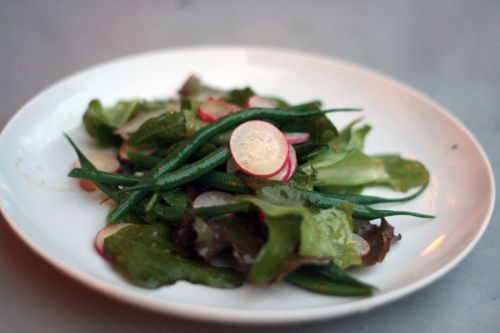 The radishes were sliced thinly on one of those cheap Kyocera ceramic mandolines (which work wonderfully), and everything was tossed with a dressing of lemon juice, dijon, olive oil, salt, and pepper. 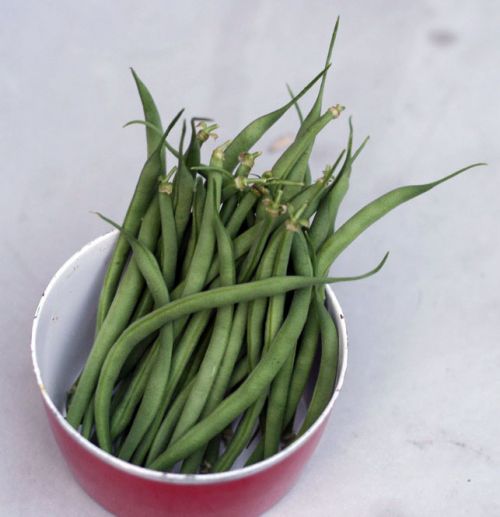 The best part is that we went to the garden just three days later and there was a whole other harvest of beans waiting for us -- three times what we brought back last time.  We've since collected 2 more just like this once, all from 2 square feet of soil .

Not everything has done well -- our onions never took, a few tomato plants never really sprouted, and we forgot to give our snap peas ample stakes and trellises to grow up, so they've been a bit gnarly and only given us two or three (albeit crispy) pea pods.  But so far it's been a joke how much food we have to eat.

I'm especially fond of the communal berries.  A strawberry picked from a plant and put directly in your mouth bears no relation to any other strawberry you've eaten.  Where supermarket strawberries are large and watery and fibrous (though bred to look as red as ever), a wild strawberry is small, juicy, and sweet. 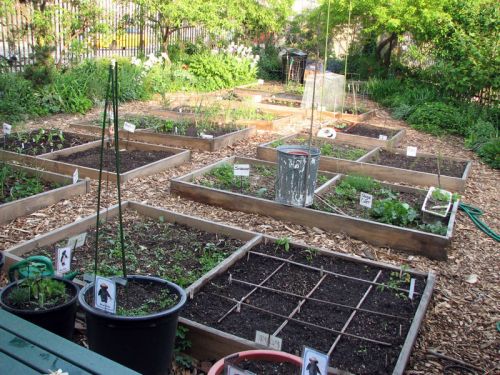 Just a few months ago our plot looked like this -- two tiny tomato plants, two pepper plants, and lots of buried seeds.  Now, we're triumphantly picking vegetables and eating them minutes later.  Our chest high tomato plants, which have been teasing us for weeks with green fruit, are starting to ripen. 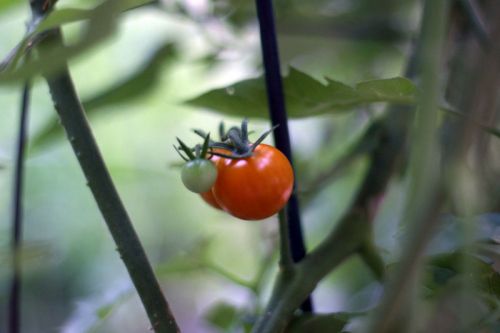 I never imagined it would work this well--or feel this satisfying.