A Weekend in Seattle and Olympia: Day 1, Coffee and Street Food 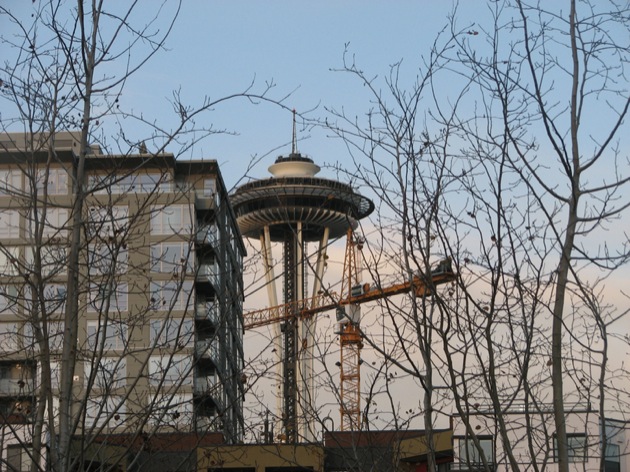 I didn’t realize it until I’d checked my bag, removed my shoes, been frisked, walked onto the plane, stowed my baggage, sat down, belted up--until the plane itself had taken off--that a flight to Seattle is not a couple hours away.  No, it’s on the other side of the country, over the Northeast, Midwest, the giant state of Nebraska, past both Dakotas and Montana--over five hours by plane.  Had we gone the other direction, we’d have been in Europe.  To my Chicago-area travel-time-mentality, where I grew up, everything in the United States is just a short plane trip away.  No wonder people were looking at me funny when I told them I was going to Seattle for the weekend.

Yet sometimes trips need to be whims, kind of unplanned, getting on a plane to the other side of the country because you can.  This past weekend was that: the airfare was cheap and subsidized, the New York subway getting to us, the allure of the wet and cozy Pacific Northwest imminent.  I emailed my Uncle Scott, the subject was “Nov. 8-11” and off we were.

He lives in Olympia, a bit less than an hour south of Seattle, where he runs a company selling sustainable and reclaimed wood products, called Windfall Lumber .  From him, you can buy a beautiful countertop from a certified sustainable forest , or milled from a salvaged old vinegar vat that used to hold pickles.  Which is part of the reason we were out there, for the pickle jar wood, a gorgeous old Doug Fir that will become the top of a table for our dining room.

We arrived on a Friday morning and, quite quickly, were put to work wrapping a shipment of wood in a thick plastic wrap for transport to Texas, the boards which would eventually be used for shelving for Room & Board .  After heavy wrapping we were denied the right to drive a forklift, so we pouted and then decided to console ourselves by taking a walk in search of that famous Northwest drink: good coffee.

When we announced our excursion, half the employees in the shop immediately called out their preferred order and handed us the requisite cash.  These people don't mess around.  In the rather cliched drizzling rain, we set off to Olympia Roasting Company around the corner.

Now, I should say that the last couple months I've almost completely given up coffee and switched to black tea.  I love coffee, in fact I'm a fanatic, and have roasted my own beans in the past and gone through countless coffee-making machines and techniques.  But it was giving me headaches, and now I drink it sparingly, when I really want to savor it (like, say, when our friends Matt and Dave have a weekly tradition called "Coffee and Enchiladas," where they cook astoundingly good enchiladas and I feel obligated to partake in the drink for which the tradition is named.  Not obligated.  Unable to resist and happy not
to).

So this would be an exception.  And here in Olympia I had one of the best cups of coffee I’ve ever tasted. It was the result of an über-expensive coffee-making machine called the Clover : rather than serving drip coffee from some carafe, the barista gestured to a selection of ten or twelve single-origin bean options.  I chose something with a medium roast and she measured it out onto a scale, ground it, put it in the machine, and pressed a button.  Inside, the coffee was steeping as if in a French press, with the water temperature and pressure carefully controlled.  After steeping, it sucked the coffee downward (in the method of vacuum press coffee), leaving behind any sediment and extracting every last ounce of flavor, including the very flavorful part that usually gets left below in the grounds of a French press.  The result had that really full-bodied flavor of a press paired with the clean, bright taste of drip coffee.  Not a trace of
bitterness, smooth.  The beans, roasted next door, ground just before brewing, right into that cup--that elusive tastes-like-it-smells sensation we’re always looking for in a cup of coffee.

Here is a map of coffee shops that have a Clover: I highly recommend you try it if you live near one.  I especially recommend it if you love coffee but don't care for espresso so much: this is your answer, a way to taste the floral, subtle qualities of a coffee bean without turning to espresso .

We spent the rest of the day with my cousin William, playing Heart & Soul duets on the piano, drinking more coffee (once I had a cup, the floodgates, quite literally, were open for the weekend), hanging around Olympia, eventually napping then hitting pretty much the whole bar circuit, ending with some street food--I always trust street food--before heading to a fancy wine bar with a beautiful view called Swing .  Unfortunately, at 12:30, they denied us dessert with no sympathy, but were then redeemed by a decent bourbon selection and the unbelievably deep voice of our waiter.  The street food wasn't bad at all. 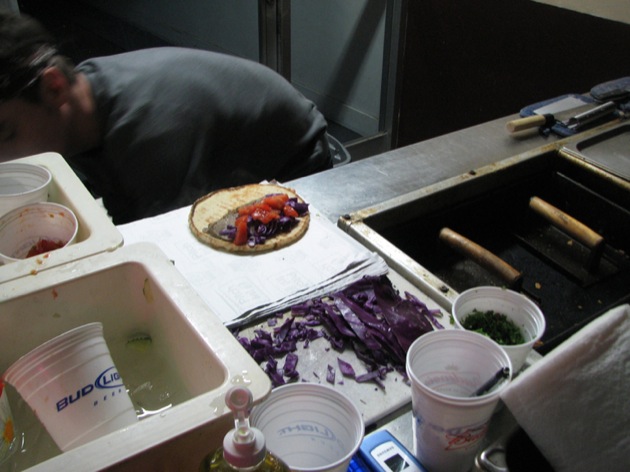 The gentleman above runs this cart pretty often, and also freshly fries his own falafels on the flattop.  He says he bought the cart for $3000 and does about $600 of business on a good night, minus modest food costs. 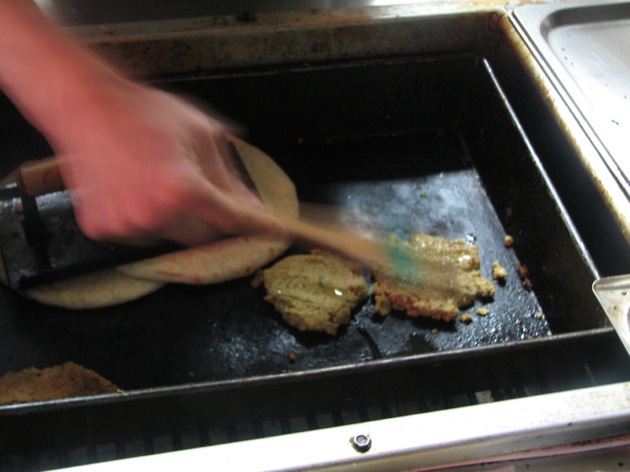 The next morning, we headed off to Seattle for an impromptu day of market-tramping, sculpture gardening, and eating.

More to come in later posts!