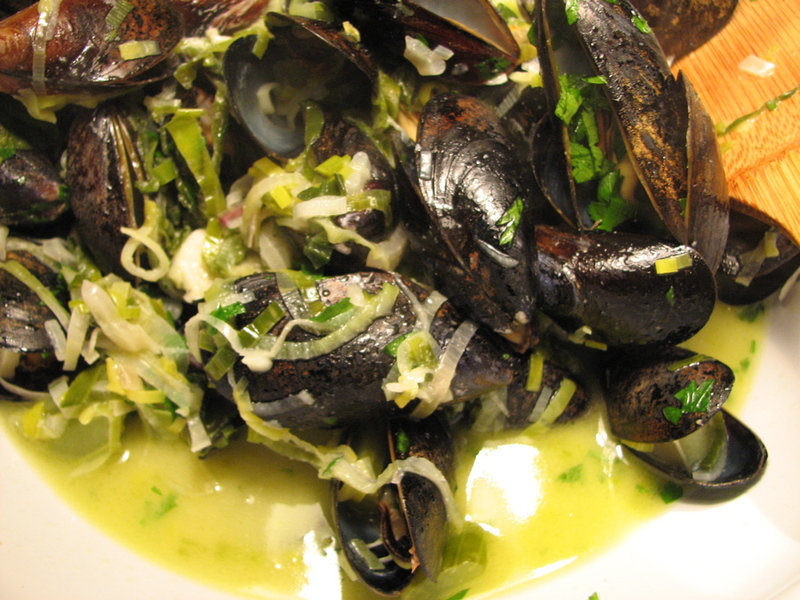 Every time I go to a grocery store and, while making my merry way down the produce aisle, I see leeks, a little jolt of suspicion and hesitation runs through me.  My shoulders tense up a little, my eyes get shifty, and I keep walking.  What are those giant, oversized green onions?  What steroids have they been fed?  Are they from a Jonathan Swift novel?  And why do these arm-length vegetables require me to commit to bunches of three ? So I never buy them.  What, I ask, could one possibly do with such an anomaly of natural order?  What dish wouldn't be overpowered by physical equivalent of fifty green onions? You know the answer.  Only the ever-powerful bivalve mollusk, that humble and brainless plankton feeder.  First cultivated in the 13th century by an Irish shipwrecked man named Patrick Walton, who, according to Larousse Gastronomique , was trying to catch birds with nets strung between wooden poles, and instead found colonies of mussels growing on his contraption.  Incidentally, my first taste of mussels was on an island in the south of Ireland, called Sherkin Island, where a French chef seeking peace and quiet, one of 97 residents of the island, served them at the Jolly Roger pub in a garlicky, buttery broth with crusty bread, and thereby gave me the first triumphant culinary moment of my life. The more I make mussels, the less I follow recipes.  Once you've learned how to handle them--any open ones that don't close when pinched should be tossed, as well as any that don't open in the cooking process--the rest is a matter of excitement and discovery, as these sleek and elegant creatures provide a slippery canvas on which to invent flavors.  You can begin with a butter or olive oil, add garlic or shallots or bulbs of fennel, throw in chorizo or curry paste, deglaze with Spanish cava or crispy Sancerre or add coconut milk--it's up to you. And so I confronted my fear of leeks.  As it turns out, they're relatively mild and a nice complement.  I also used shallots and celery, inspiration from a combination at the New York restaurant Balthazar .  To be honest, I can't remember what else went in--probably more butter, white wine, a handful of parsley at the end to give a leafy freshness.  It really doesn't matter.  Just buy a bag of mussels and start imagining. Mussels with Leeks, Celery, and Shallots 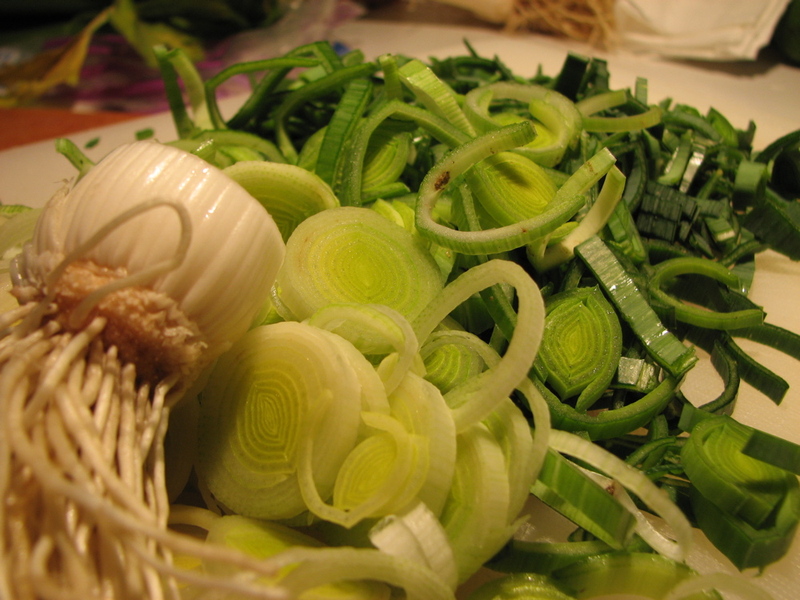 Serves 2 Melt the butter in the oil in a heavy-bottomed pan or dutch oven over medium heat.  Add the celery and saute 3-5 minutes until beginning to soften, then add leeks and shallots and saute until soft but not browned.  Add white wine and turn up the heat to deglaze, then let simmer.  Add the cream--in my case, we had none so I tried using milk.  It's far less rich and doesn't work quite as well, but it does the trick and bulks up the broth. 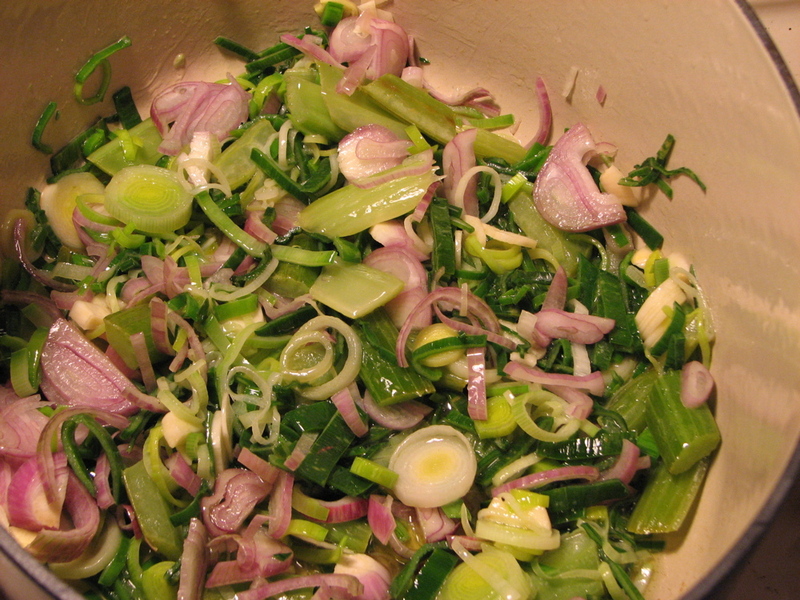 Season the broth to satisfaction (it's much easier to do now than it is later).  Get the top of the pot ready, and throw in the mussels.  Stir them into the broth well, or put the top on and give the whole thing a few good shakes to mix it all together.  Steam for 5-7 minutes until the mussels are open and the flesh has solidified some.  Throw in the parsley and maybe a knob of butter if you aren't watching the waistline.  Pour a couple glasses of the wine and enjoy. 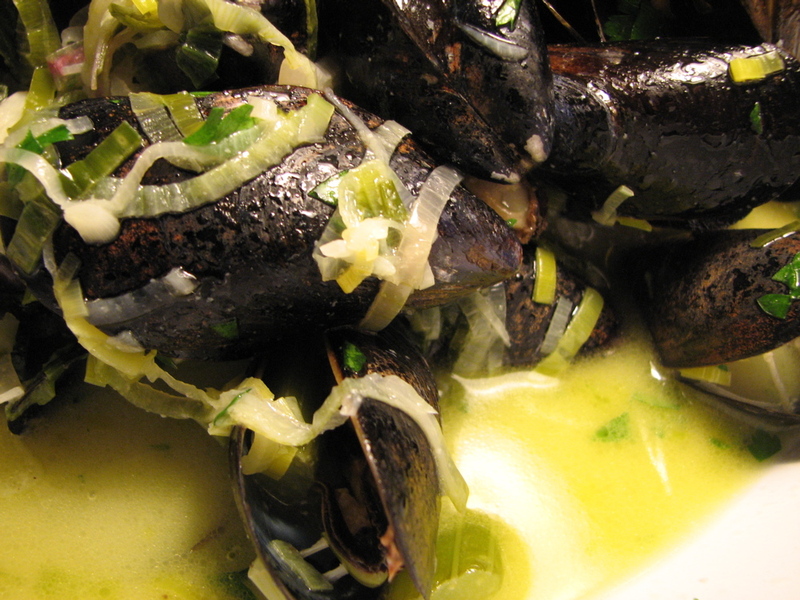