Leaving the packaged noodles behind... 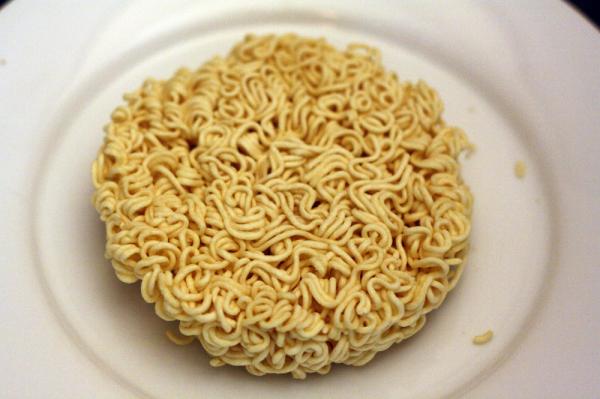 Ramen is Japan’s ultimate comfort food, the equivalent of a cheeseburger, fried chicken, and deep-dish pizza into one.
- Takashi Yagihashi from Takashi’s Noodles

I may live in Chicago, but I’ll admit that I'd probably pick ramen before those other foods when I'm in need of something truly comforting. Those big bowls of noodles and broth seem especially perfect at warding off a brutal winter. Unfortunately, locating a halfway edible version, even here, can feel like equivalent of a finding a needle in a hay stack. Disregarding the packaged stuff I quit eating years ago, the ramen peddled at most Japanese restaurants is tired, flavorless, and shockingly expensive. Bad ramen shouldn’t cost $14.

So, I’ve come to the natural decision that I need to make it at home. While I loved Serious Eat’s recent look at ramen hacks using the standard cheap packets, I don’t want to cut any corners, or leave anything out. One of the great pleasures of ramen is all the stuff contained in the big bowl. I want the pork, the brightly colored fish cake, the bamboo shoots, nori sheets, and scallions. It all has to be in there. Still, in the end, I know my two biggest obstacles would be the noodles and the broth.

While I’ve been whipping up batches of udon with regular frequency lately thanks to my growing comfort with making quick batches of dashi, ramen doesn’t actually rely on dashi as a base. Instead, it uses a kind of stock. Sure, it could be flavored with some dashi, but the bulk of the liquid came from stock. That sounded easy enough, and when I first glanced at Takashi’s Noodes’ recipe for Shoyu ramen, I was comforted by the fact that there were only 12 ingredients. But closer inspection proved that four of those ingredients were actually sub-recipes, and that the finally tally would actually require over 26 different ingredients and hours and hours of time. Might as well make some sliders.

But I’m going to see it through. I just need a little help. I’m going to have to spend some time on the stock, but I need your help with the noodle part. I know I'm leaving behind the shelf stable packages of ramen, but should I make my own noodles? Takashi actually calls for frozen ramen noodles, which I am having a hard time locating. It’s the only key part that I am missing, and I’d appreciate the help.