Fajitas With Charcoal and a Sprinkling of Rust 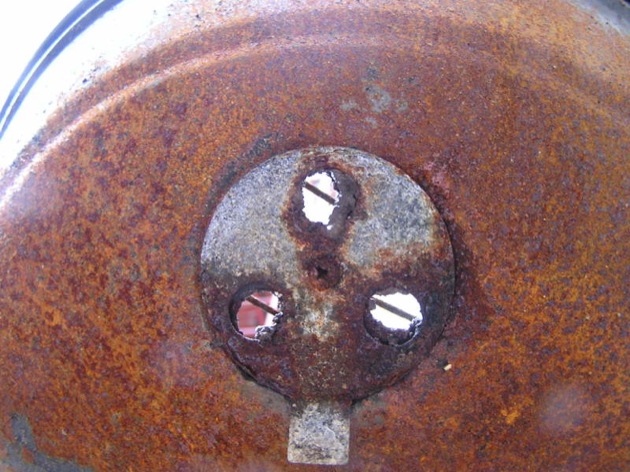 I screwed up.  During the last throes of summer , I treated my grill with the utmost love and care.  But I'm apparently a fair-weather fan, for as soon as the temperature dipped I completely forgot about it and retreated into the warmth of my kitchen.  Not only did I neglect my cooking apparatus for a solid month, I didn't even bother to cover it.  I didn't even set it close to a wall.  It sat in the middle of the back patio completely exposed to elements just soaking up all the rain and sun it could handle until it burst into a shades of orange that I never knew existed.

I glanced at it one day through the window and realized my mistake, but saw no reason to correct it.  The grill was gone.  By the time spring rolled around, I'd just buy myself a brand new one and be done with it.

Then skirt steak went on sale at Fairway , and while I made a great dinner with it a few days ago, what I really wanted were fajitas.  I wanted fajitas because I'm bad at making them.  They always end up with flavorless meat and limp vegetables that I have to cover with hot sauce to save.  I was starting to take it personally.  For this I needed some help from that epicurean adventurer, Alton Brown, who suggested that the absolute best way to cook skirt skirt was directly on the charcoal.  I don't mean right above them, or as close to them as possible, I mean directly on top.  Which meant I didn't even need a clean grill.  Now sure, he used real charcoal and I just had the briquettes, but if I took the time i thought it could work.  So I returned to my clunker for one last meal. 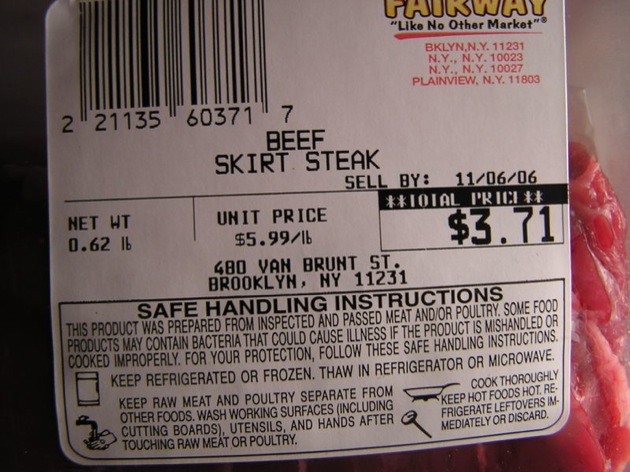 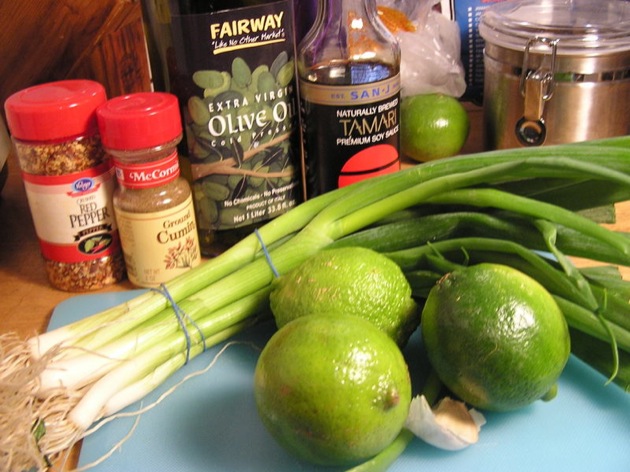 As I read over of the reviews of the recipe, what people talked most highly about was not the grilling method--most didn't follow it--but the marinade.  They talked endlessly about how wonderful the flavor of the meat was.  It ends up that they were right.  Luckily, it's easy.  I just poured all of the marinade ingredients into the blender and pureed them. 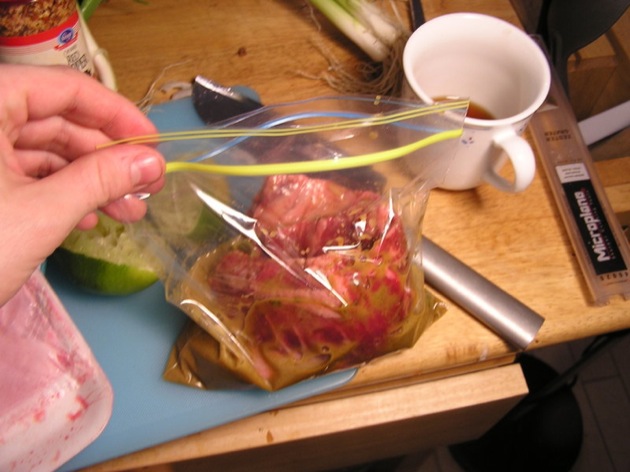 Then I poured the marinade into a plastic zip-lock bag and added the steak.  I tossed this into the fridge for an hour and set out for the real show. 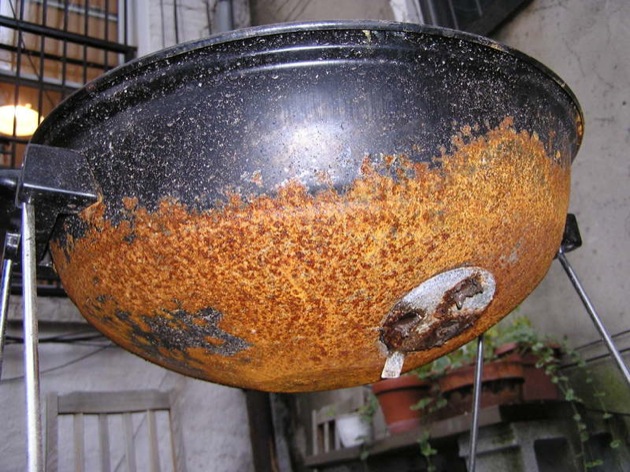 So my grill...  It's rusted and looking gnarly.  For the first and only time the idea of actually placing the food straight on the charcoal sounded almost more appealing then placing it on the grill.  But first, I took some precautions. 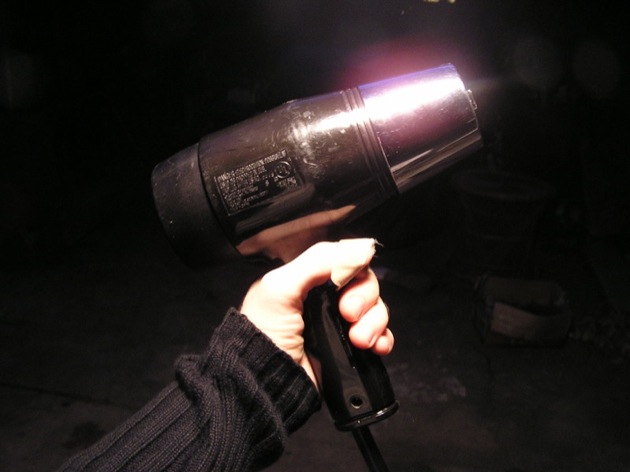 Mainly, a weapon whose power would protect me against fingerprints of the ashen lumps.  If I really was going to place a fine hunk of meat on a bed of ash-filled, carbon-loaded charcoal, I was going to blast as many fine particles off as I could.   So after I filled the grill with charcoal, lit it, and let the fire subside, I took two extension chords, slung them out the window, and hooked up the blow drier. 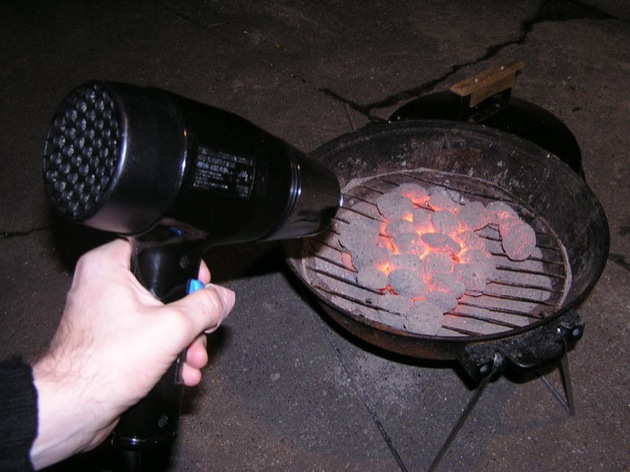 And, by god, it worked.  A cloud poured out the side as I kicked that blow drier into high gear.  When the cloud subsided, I figured it was time to go where I'd never been before.  But just in case, I cut the meat in half, holding on to one chunk in if this backfired. 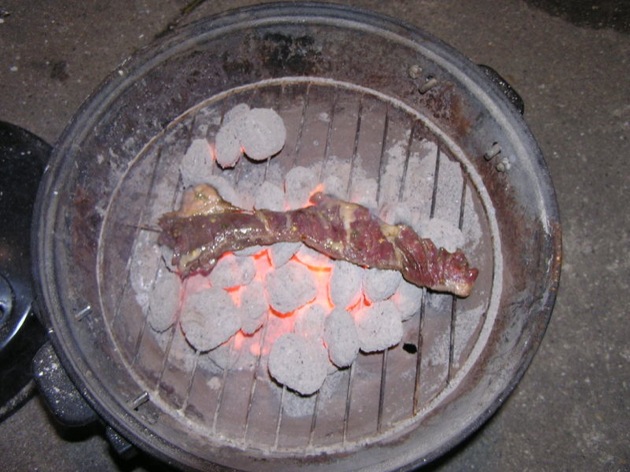 Then I put it on.  It hissed at me but I didn't touch it for 1 minute.  When I turned it I already saw what had had happened, but decided to wait until the other side had cooked before I did anything drastic. 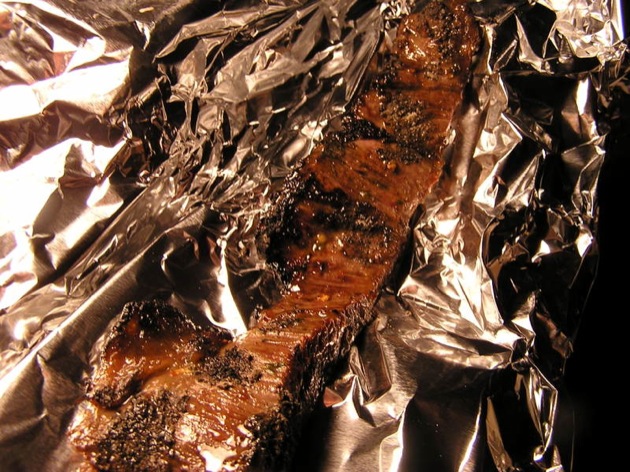 See those black patches?  That's burned in ash.  It tastes gross.  Alton just shook his steaks and the ash floated off the meat, but that didn't work for me.  So I took a piece of dampened paper towel and attempted to rub it off.  That failed.  Then I placed it under hot water and tried to rinse it off.  That worked.  But then I had a water logged hunk of charred meat that instead of tasting like that wonderful marinade and smoky goodness, tasted like nothing.

This wasn't going to work.  I needed a different plan, one that wouldn't leave my food charred and haggard.  It was time to save the grill.  But how could I do that considering I didn't have a hose in the back? 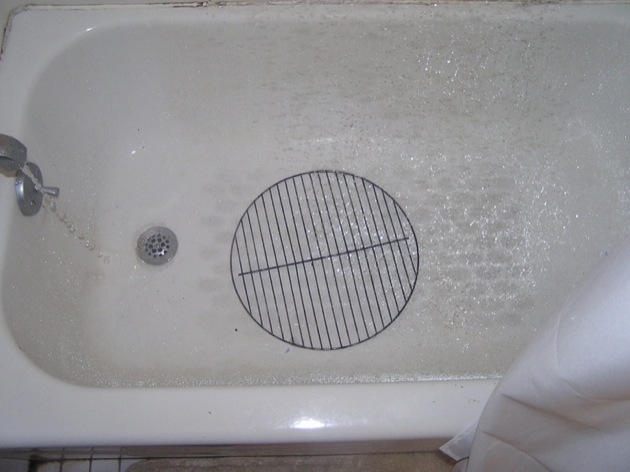 I tossed the grill rack in the shower under very, very hot water and let it sit there for ten minutes as all the windows in my apartment fogged up.  Then I took a brush and some dish soap and scrubbed the hell out of it until I got real tired and returned to the grill.

I placed the rack as close as I could to the coals and cooked the meat for about 2-3 minutes a side, took it off, and wrapped it in aluminum foil for fifteen minutes.  Done.  Now for the vegetables. 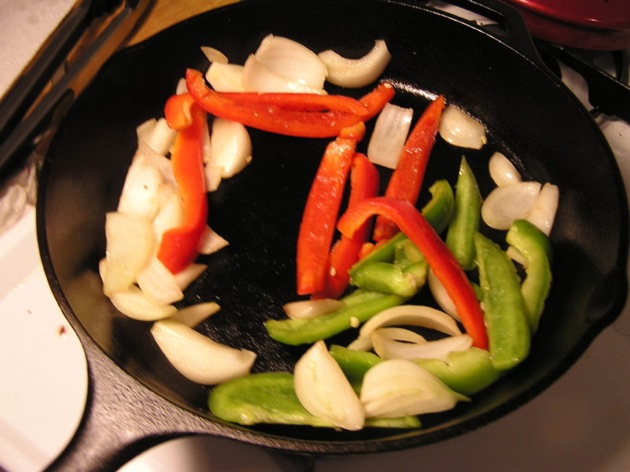 Perfectly grilled fajita vegetables have a distinct black char from the high heat with some sweet crispness, which is what some people call a paradox.  I've tried endless ways to cook these poor peppers and onions, and they always end up too soggy with not even a trace of black.  I'd always cooked them over high heat with a little vegetable oil, but what I realized was that I needed to cook them over extremely high heat in a cast iron skillet with just a tad bit of oil.  Also, I only stirred them every 45 seconds or so, so they could develop that great blackened char.  The total time was about 5 minutes. 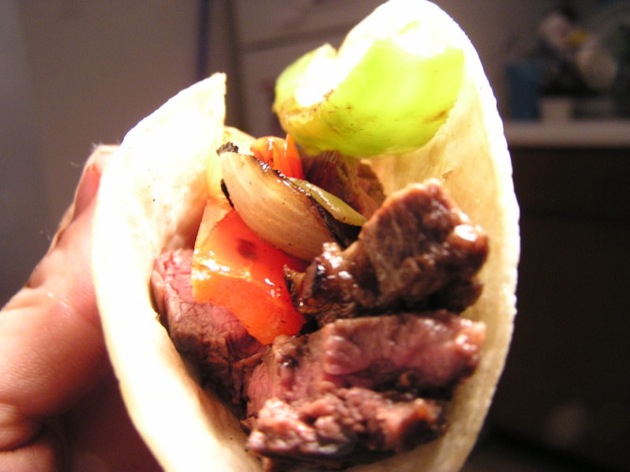 All that was left was to warm up some tortillas on the same cast iron skillet over high heat for 10 seconds a side.  With meat this wonderful and vegetables this beautiful, dousing the fajitas with guacamole, salsa, cheese, or even sour cream seemed something close to a crime.  So I gave them just a squeeze of lime and had my way with them.