Fennel-Cured Salmon Part 2: Out From the Deep 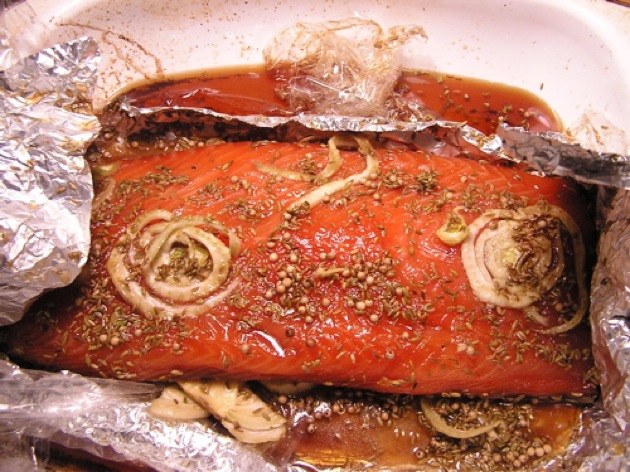 It didn't look pretty.  After two days in the fridge, my fennel-cured salmon looked something like a disaster.  A lot of the liquid had somehow seeped out of my protective covering.  This worried me because that meant the brine didn't probably coat the fish during the cure.  It might not be done. How would I know if it worked?

Ruhlman said to give it a touch.  "The salmon should be firm to the touch at the thickest part when fully cured."  If it wasn't ready, I'd just have to give it even more time beyond the two days.  I hoped for the best. 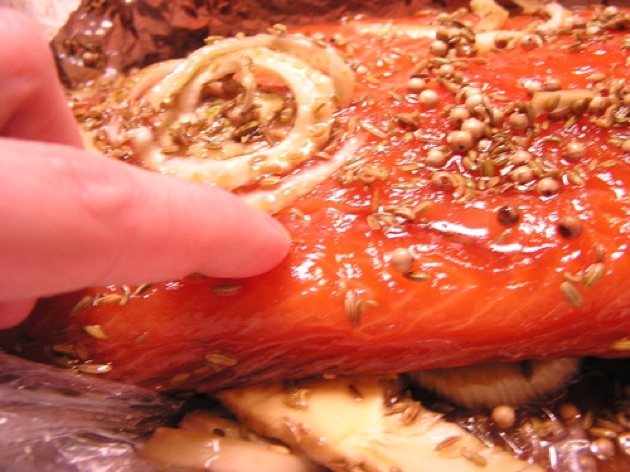 It was definitely firm, and had none of the bounce that fatty salmon usually has.  It was good first sign.  All I had left to do was rinse off the seasonings, pat it dry, and think about what to do with this enormous hunk of fish. 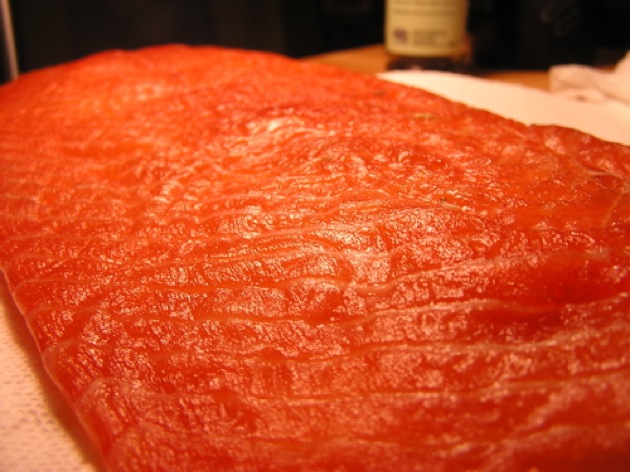 I could definitely see the difference when I had rinsed all the flavorings off.  Instead of looking smooth and shinny, like raw salmon , it had a definite weathered look and had shrunk noticeably in size. 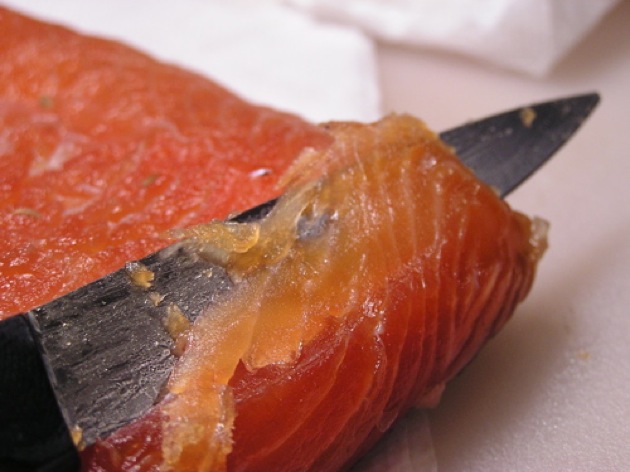 How did it taste?

At first I was hesitant about slicing in.  The moment I did so I'd be ruining something I had worked so hard to create.  That lasted all of about five seconds, before I grabbed a knife and shaved off a little slice.  I bite in and just closed my eyes.  It was delicious. I'm not kidding, or trying to toot my own horn, but the salmon had transformed into perfectly dense, flavor-packed dish, very much different from the fish I started with.  The transformation had worked.  Abby and I just stood there for 10 minutes or so shaving off thin pieces and eating in absolute bliss.

And then it hit us.  Even though it shrunk in size, after tasting the fish it suddenly looked massive.  Each slice is rich, slightly salty, and packed full of flavoring.  After we had indulged ourselves on a few slices, we realized we didn't want any more.  We were full.  Unlike a fresh hunk of salmon, this was going to require a plan to make this was a pleasureable journey instead of a massive gorging.

Ruhlman said the cured salmon would last for three weeks, so that was our time frame.  But we didn't waste anytime.  We spent the past weekend eating it for as many meals as we possibly could, and not having a bad time, either.

Our first dish was a salmon tartare, which was essentially just finely diced salmon with lemon juice, olive oil, and salt and pepper.

Then we got a little more involved.  Here are a couple of the dishes we came up with. 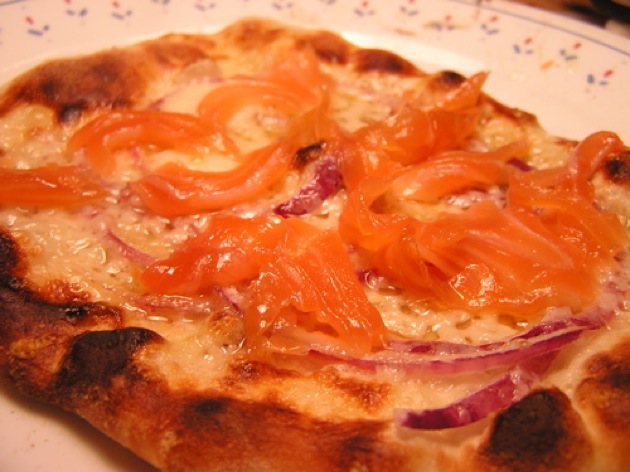 I picked the idea for this recipe from from Wolfgang Punk , I think.  But I followed our cast-iron pizza recipe for the crust, and then played around with a few other ideas.  I knew I didn't want to cook the salmon, since it was already "cooked".  I needed a few key ingredients that I would cook with the crust, and then I would layer on the salmon once I was pulled out of the oven.  Red onion was an obvious choice, and I also found a hard goat cheese to add some creaminess.  A little slosh of olive oil and a pinch of sea salt rounded out the deal.

I think three of us ate about 5 of these guys, and only had to stop because we were afraid of what the 6th would do to us. 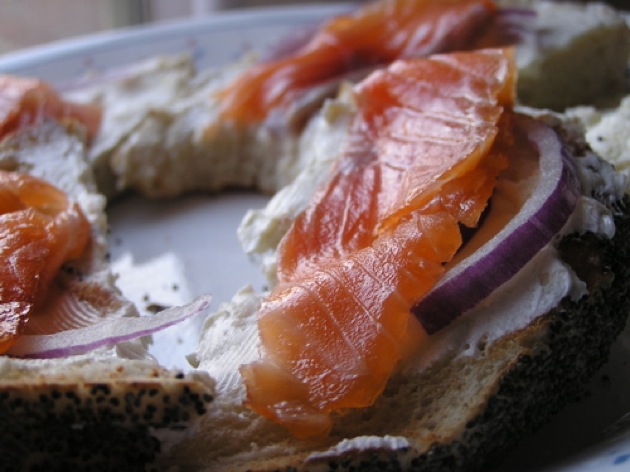 This one was always in mind while I was curing the salmon.  When Blake and I lived together, I remember this being his weekend brunch nearly every week. He'd sit it a long piece of bread, and casually spread some cream cheese on, sprinkle on some red onion, and top it with salmon .  And that's what I've done here, except I just substituted a bagel.  The flavors were right, but perhaps baguette was the better vehicle, as the squishy bagel didn't provide enough contrast to the salmon.

If you have any other ideas, please let me know.