Fried Pickles, Busch Light, and Other Adventures in Fine Cuisine 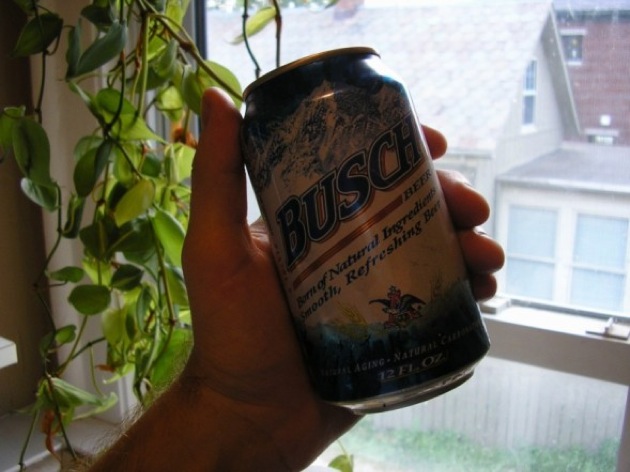 A glistening can of Busch doesn’t excite many culinary possibilities in my mind.  Had we not been tempted by fate, that sad can of piss-beer probably would have sat undisturbed in the fridge for a long, long time.  But the events were right for a breakthrough.  I feel safe in saying that this little can of beer fulfilled its highest culinary possibility.

It was the last thing I expected to happen.  We are getting ready chow down on a very typical American summer meal of cheeseburgers and fresh summer corn.  We had drinks, good weather, and all the condiments needed to complete the meal including a big, honking monster-pickle I scored at Anderson’s .  That’s when my sister suggested frying the pickle.

I consider myself a man of the world.  I attempt, in whatever way I can, to be knowledgeable about what’s going on.  But for some reason I’d missed fried pickles.  I won’t blame my upbringing.  Anyway, she had first discovered the delicacies in Los Angeles of all places, and pressured all her friends to try when she returned, including a very skeptical husband.  Now it was my turn. 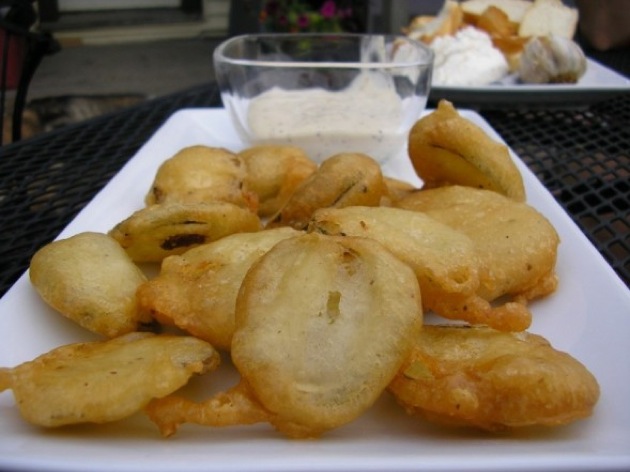 So we decided fried pickles must be had.  We didn’t really look at any recipe, except for how to make the batter, which is where that Busch beer came into the picture.  We thought a nice and light beer batter would probably work best, and when we glanced in the fridge there was a lonely can sitting in there from a Forth of July pitch-in.  I’m not sure if a better beer would make a better batter, but the fried pickles were great regardless.  Thanks Busch beer, for allowing us to use you in a constructive way where we didn’t have to drink you.

Pour the oil into sauce pan until it comes about half way up the side.  Turn the heat to medium and let it warm up until it starts to shimmer. 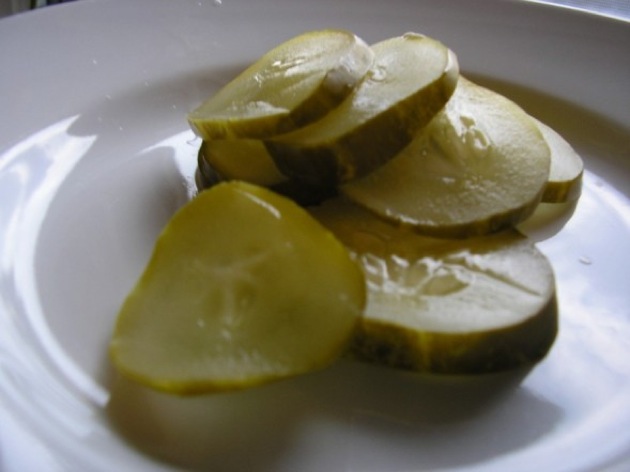 Slice the pickle into 1/4 to 1/2 inch chips.  Mix the beer with the flour and whisk until combined. 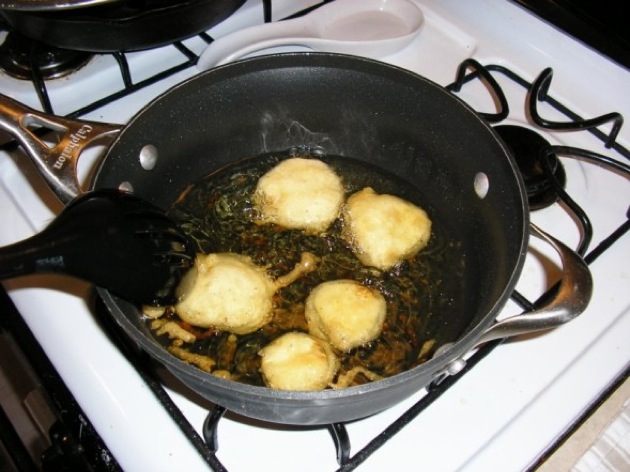 Dump the chips in the batter, pull out with tongs, and throw in the piping hot liquid.  Cook until browned. 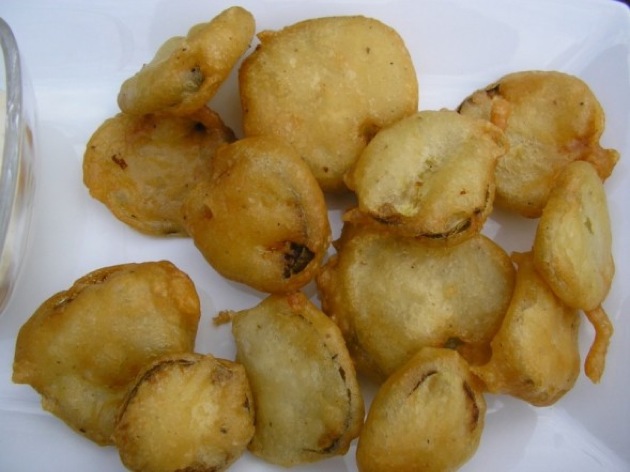 Let them sit until slightly cooled.  If you dig in too soon the pickle will burn your tongue and all the batter will fall off.  Not that that happened or anything.