Or, the best carne asada tacos we've ever had 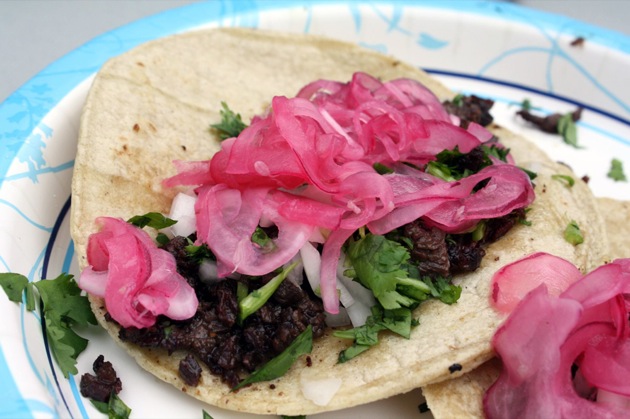 As far as I know there are only two kinds of ways to make carne asada. The first method is to take thinly sliced flank or skirt steak, sear it over mad charcoal fire, chop it up, and then stuff it into warm corn tortillas. It's almost always great. The second method is the kind that most taquerias use, which is to scoop some bits of raw steak, plop it on a grill, and sauté until it is cooked. This one is almost always bad. The meat is too greasy, or it's too chewy. I've always just assumed that grilled was superior to griddled, especially because I loved that smokey characteristic from the charcoal. Plus it also meant that everything was freshly prepared.

But now I’m not so sure. I had a taco last weekend that might have changed my mind. 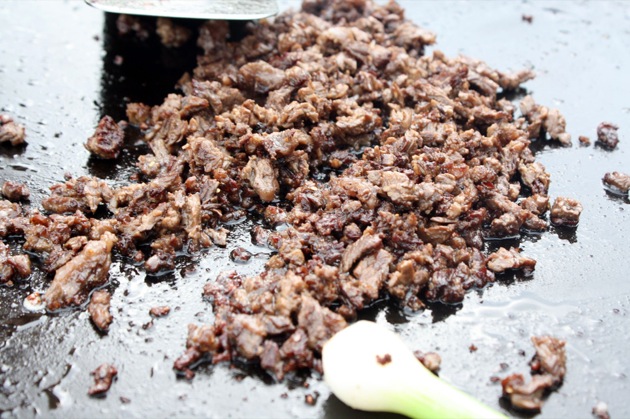 The taco held stunningly crisp shards of caramelized meat, nearly jet black, which punctuated each bite with this intense beefiness. It would have almost been too much, had they not been cut by the spicy salsa an agree squeeze of lime. These tacos made 99% of the carne asada I’ve ever had look weak.

Could griddled carne asada be the best method? 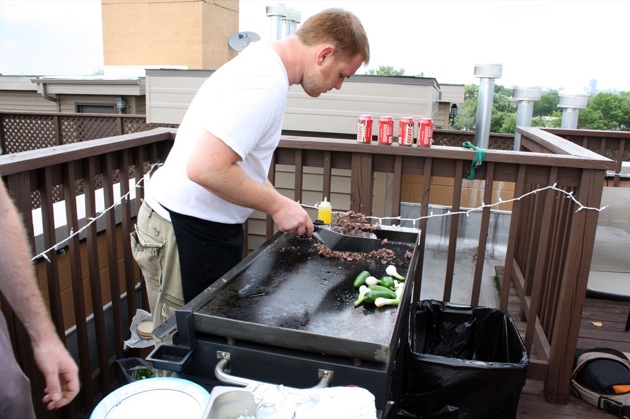 I was a doubter of this method until I saw it all in action over the July 4th weekend on the rooftop deck of Joe ( you all should remember him ). I’m not convinced it’s the superior method, but damn if it wasn’t one of the best carne asada tacos I’ve ever had. It helps if you have your own striking black griddle, which is staffed by someone handy with the spatulas. All he was missing was the stained white shirt and a cigarette. Of course, it helped to have some fine pickled red onion, and both red and green salsas.

In actuality, this is kind of a combination of the two methods. The steak is seared off on a grill until medium-rare or so. Then it is chopped, mixed with lime juice, and then left to hang out all night. Only then is it griddled. I couldn't detect much smokiness, but it certainly didn't taste like most griddled carne asada I've had before.

The one main advantage the sautéed kind has is that the little hunks of meat seared on a griddle into little browned nuggets of crispy beef. If crunch is what you’re after, you’ll never get close to this with a grill. 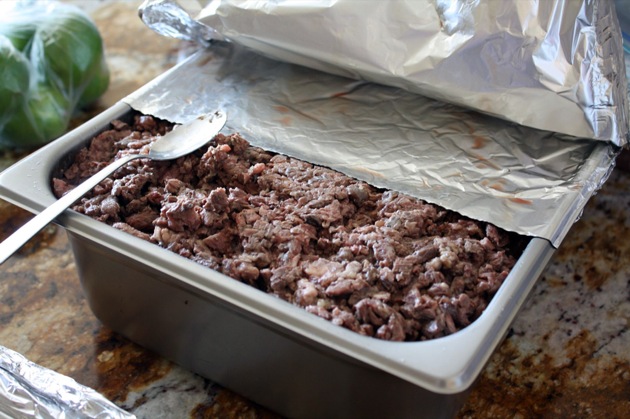 Meat is cooked over a grill until medium-rare, and then chopped into a about 1/2 inch squares. These are marinated in lime juice over night. 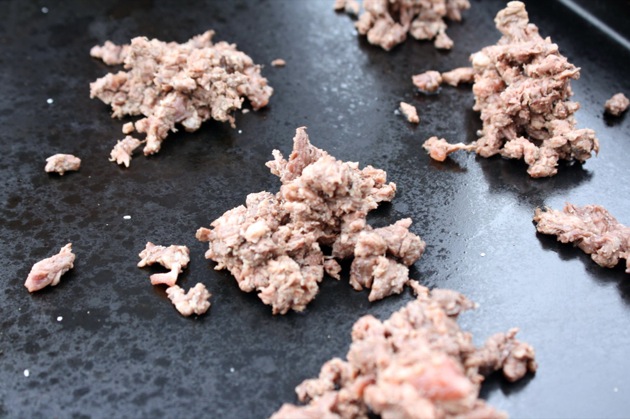 A griddle is preheated until very hot, and then meat is sautéed with clarified butter. 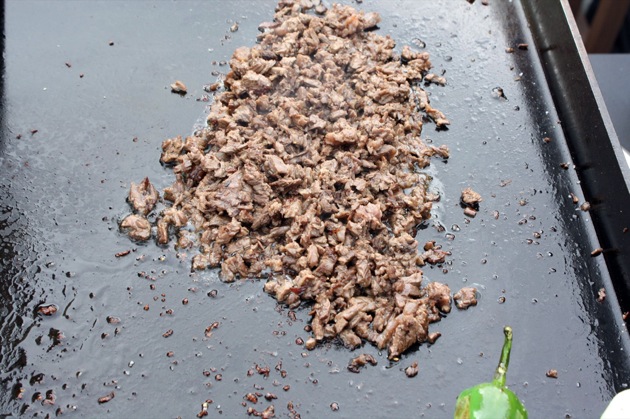 They are cooked until perfectly caramelized. 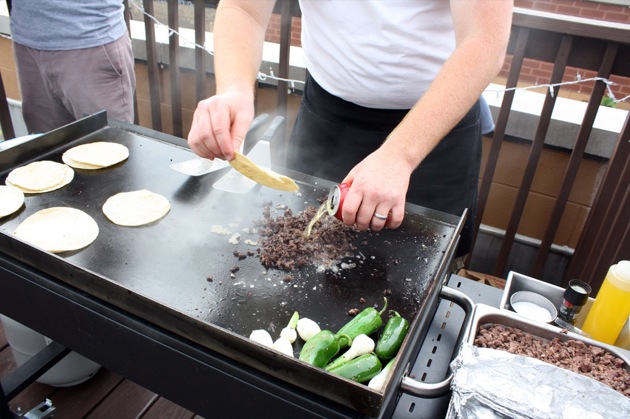 Finally, they are doused with beer, because...well, why not? 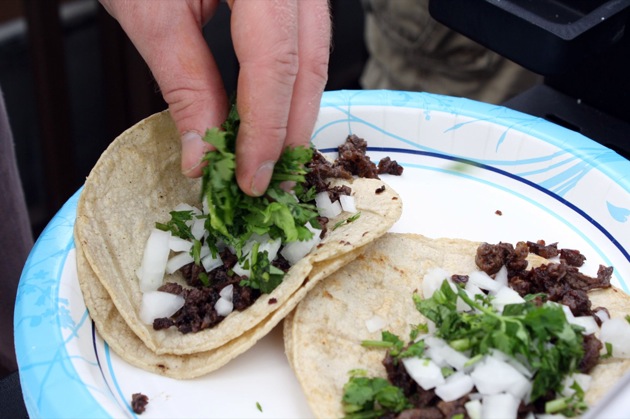 A bit of cilantro and onion wouldn't be out of place...

...neither would a helping of pickled red onions. 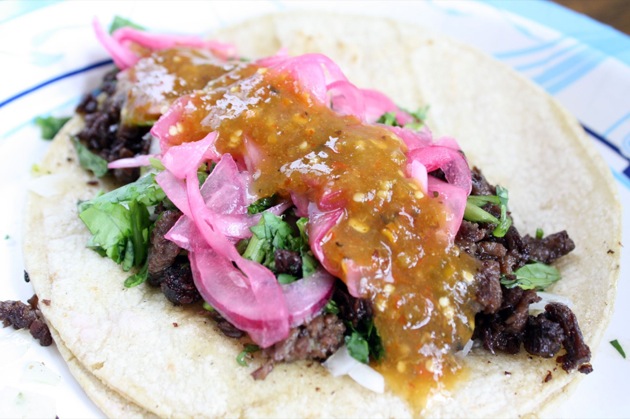 And while we are at it, some salsa and a squeeze of lime is great, too.