You Could Pickle Anything in This And It Would Taste Marvelous 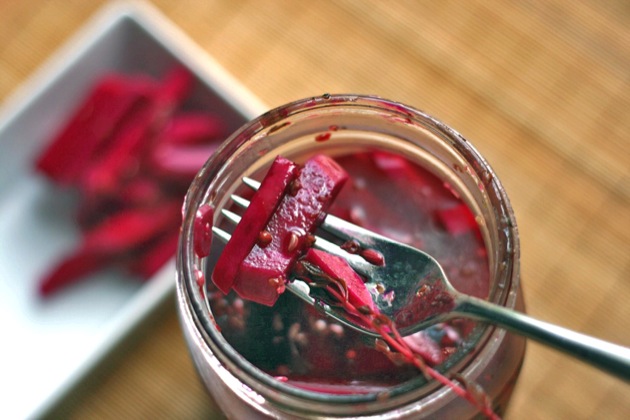 Pickling vegetables is something that I’ve yet to get real excited about. Of all the "DIY" food movements, it’s one of the last to catch on. Why, I don’t know. Probably because a slab of homemade bacon is a lot more exciting than a jar of tangy vegetables. Which is no mark against the vegetables. Most anything next to a slab of bacon is bound to lose terribly.

But actually, pickling is rather easy when it comes down to it, even when you make the variety that naturally ferment (some “pickling” techniques are hardly more than packing the vegetables with a hot vinegar solution and calling it a day). It takes about a week. That week is about coaxing the vegetables to ferment (remember our kimchi-making sessions ? Same idea). Lactic acid fermentation is the name of the game; by using a pickling liquid with a high amount of salt, other harmful bacteria is prevented from multiplying, while the lactic stuff dominates and prevents other cultures from thriving. It’s rather imperialist, to be honest. But it adds that wonderful tang to the proceedings.

Using this recipe, I had zero problems succeeding.

For some reason, when I pulled out a head of kohlrabi from my CSA box last week (the first time I’d ever seen or heard of this vegetable, true story) my mind wandered to pickling and a recipe I tucked away a long time ago from David Tanis’ book A Platter of Figs . The original recipe called for turnips, another firm, white, bulbous root sort of vegetable that nobody really wants to eat raw. Kohlrabi smells a little like broccoli stems. 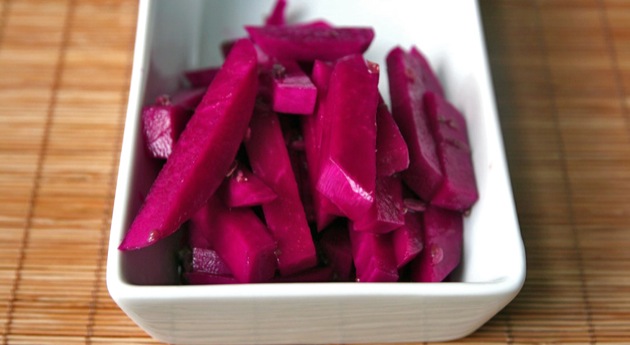 Since I had a few beets as well, I added them in, resulting in the shocking pink before you.

The brine, besides being salty, is flavored with garlic, thyme, oregano, bay leaf, fennel seeds, coriander, a crushed red chiles. It’s never boiled, and in fact nothing here is ever raised above room temperature, preserving all the flavor and nutrients. A small amount of cider vinegar is also added, which punches up the acidity and I think helps ensure nothing spoils while the natural lactic fermentation kicks in. Once the vegetables are packed into jars with the brine, you leave them at room temperature for 5-7 days (depending on how warm your particular room temperature actually is), which allows the fermentation to happen. Tiny bubbles form--an excellent sign--and pressure builds inside the jar. You turn it over once a day to make sure everything distributes, and once they’re through pickling, you stick them in the fridge and eat at will. 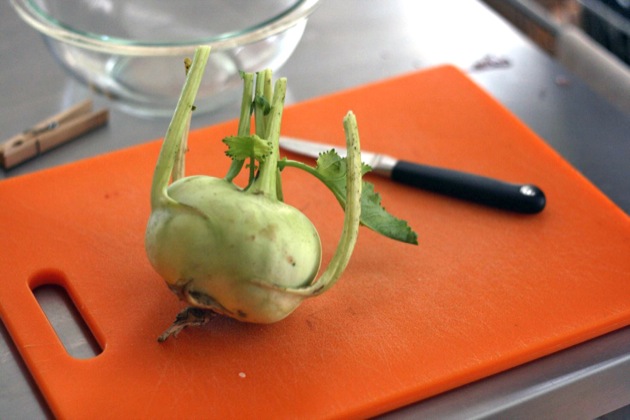 The kohlrabi in question

This brine would work for any number of vegetables. The principle is all that’s necessary.

Adapted from A Platter of Figs by David Tanis 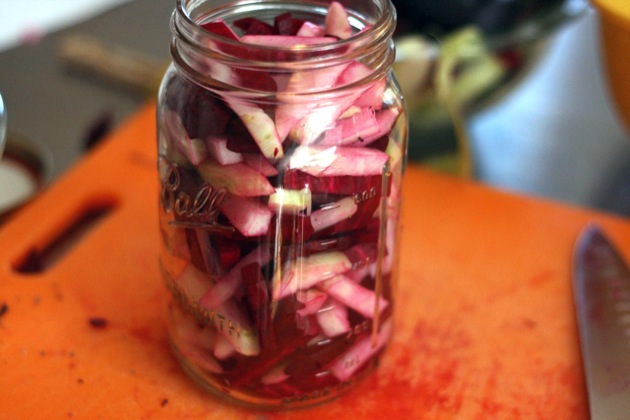 Combine the brine ingredients in a bowl and stir to dissolve. Pack the vegetables into a jar and cover completely with the brine mixture. Put in a plate on a shelf in the kitchen (in case it leaks while upside down) and turn over once a day for a week.

Refrigerate the pickles. They will keep for a month. Serve with charcuterie, in a sandwich, or all on their own.