Hamine Eggs: The Search for the Perfect Hard-Boiled Egg

And what better place to find proof than Harold McGee?  His On Food and Cooking had a whole section on long cooked eggs.  He calls them “an intriguing alternative” which can be cooked for anywhere between “6 to 18 hours.”  Still no recipe, but I’m finally on to something.  The most interesting aspect about the process is what happens to the flavor, which he says generates “flavors and pigments typical of browned foods.” 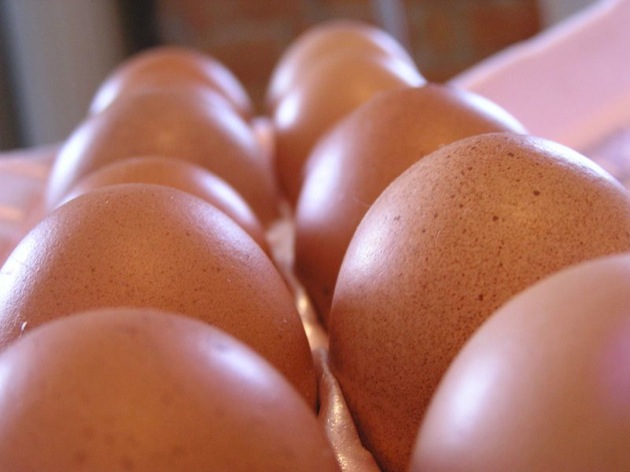 The first problem was the temperature.  154 degrees is rather exact, and I had no idea if I’d be able to reach and maintain such a temperature.  I brought a large pot of water to a boil, reduced it to low and waited.  After about 10 minutes I checked the temperature.  155 degrees and holding.  I still can’t believe it.  I also checked what would happen if I put a lot of water in a slow cooker and turned the heat to high.  Guess what?  The temperature hovered about 160.  I’m not kidding.  It wasn’t supposed to be that easy. 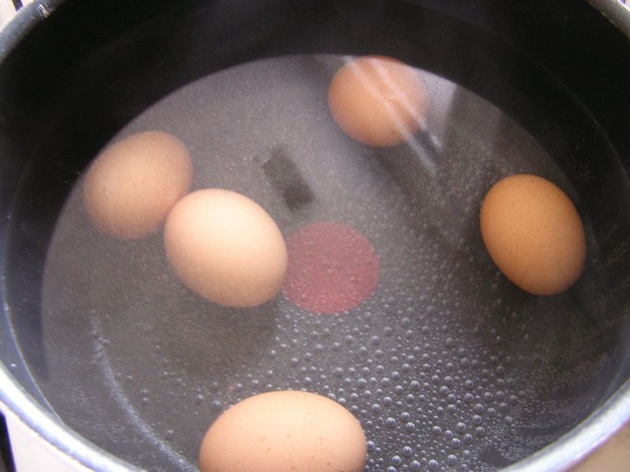 Then I stuck a bunch of eggs in the pot, and set the timer.  At every hour I’d pull one out, crack it open, and see what had happened. 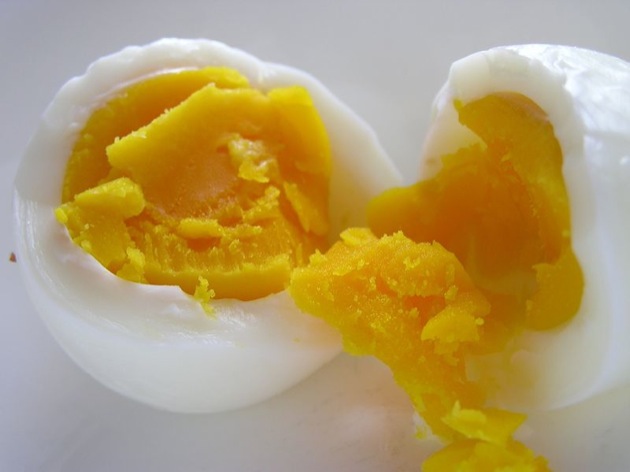 After 1 hour I was sure this technique was worthless.  The egg yolk looked completely cooked to me.  I expected some creaminess, but all the yolk had lumped together into a big mess.  The whites were set.  Convinced of the fraud that was this slow method, I set another egg in the pot and decided to see what 30 minutes would do. 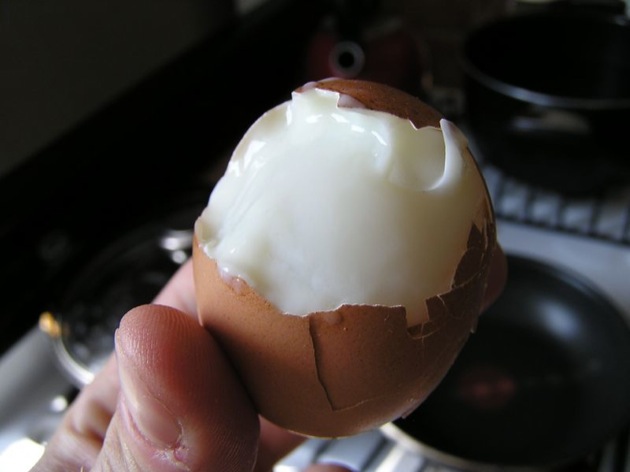 After 30 minutes the whites hadn’t set and the yolk was a mess.  So much with my theory.  I’d just have to wait. 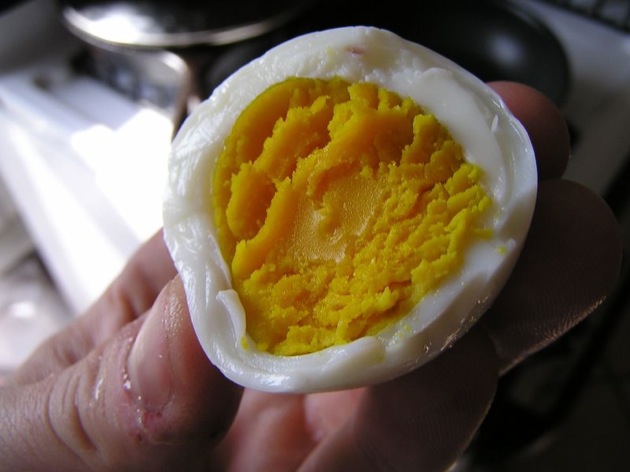 After 2 hours the yolk had begun to set a little more.  I could see now that I had just jumped the gun.  The yolks were going to be fine.  The whites remained about the same. 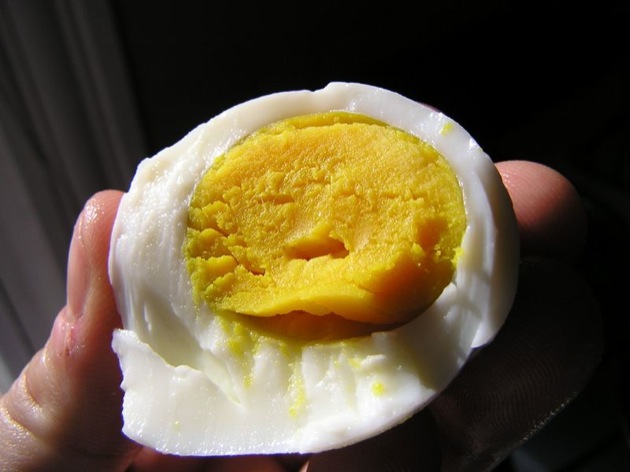 After 3 hours there was noticeable increase in creaminess.  Instead of that usual chalky yolk that hard-boiled eggs have, this yolk was nearly spreadable. 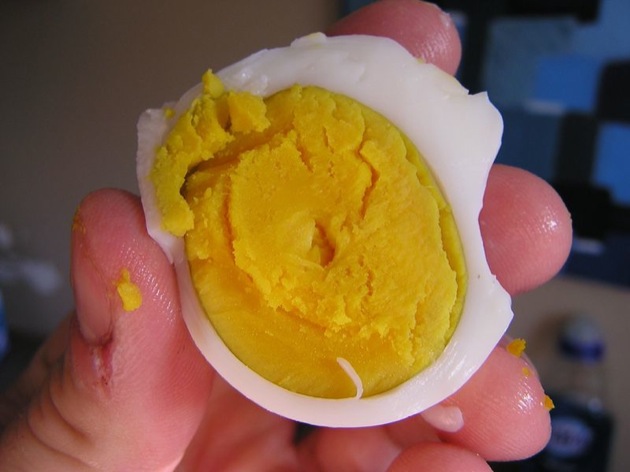 After 4 hours the egg got even better.  It didn’t have the typical hard-boiled egg sulfuric aroma, and instead had a perfectly pleasant one.  The yolk was delicious.

After 5 hours something horrible happened.  The white literally fell apart and the yolk looked deformed.  I threw it away, thinking that maybe I just had a bad egg.  The next egg I sampled was the exact same way.  Perhaps water had leaked into the shell causing the whites to break down.  Either way, I had two worthless eggs on my hand, and no more to cook.

The next day I cooked a few more eggs this time in the slow cooker filled with water, and let them sit for 8 to 10 hours.  The whites were fine this time and the yolk maintained its creamy nature.  But the aroma had changed considerably.  I think it was the “browned” flavor that McGee had talked about.  It’s not an awful smell, but I found the 4 hour eggs far more pleasant.

So I’m not completely sure where I stand on the method.  I do know that after sampling about a dozen eggs, I’m not going to be having one any time soon.  But the method does work, and I did have the best hard boiled egg I'd ever eaten.