Localvore Week 1: I Tried. I Failed. I Bought Butter. 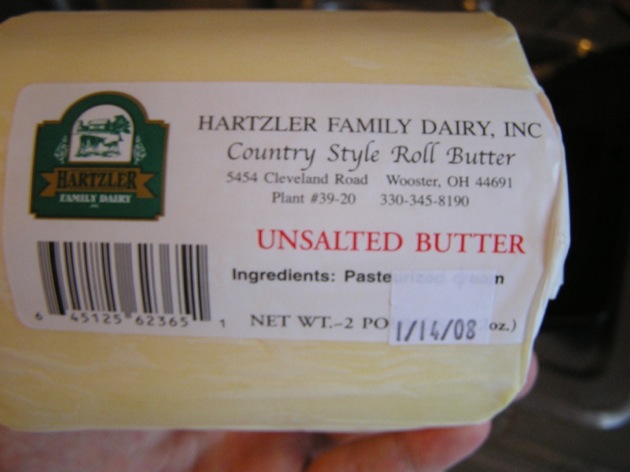 It came to us late in the evening some time in early September.  A few bottles of wine down and numerous beers under our belt, we decided that we would try to eat all locally for a month.  While not exactly a novel concept, it felt noble.  We’d help Ohio farmers and eat well in the process.  We toasted to the prospect and ceremoniously wrote the rules out on a paper plate.

Those rules and regulations included a grab-bag of the usual cop-outs: spices, coffee, chocolate, olive oil, and wine.  Everything else had to be made in state.  It would start in October, a date that seemed far in the future.  By then I’d have to have some plan.

But no, I failed on the first day. Abby and I were at a convent (really) the weekend before, and missed the big Saturday farmer’s market that would have fed us nicely for the week.  Not able to simply pick things up at the local grocery store, we had to search out smaller organic stores and sort through what came from South America and what was local.  It wasn’t easy.  I’m in my car all day, and tracking down a local meal is hard, because I don’t know where I’ll be at the lunch hour.

I quickly adapted the agenda to do the best I could for now, hoping that eventually, maybe by the last week or so, I’d be able to have a week where nothing beyond the small list of approved ingredients would appear on my plate.  For now, Abby and I gave up on lunch and breakfast, deciding instead to focus squarely on dinner.

It is a more honest approach, even if I am rather angry at myself.  It is probably why I haven’t brought myself to write about the process until after the first week.  But I’m ready now. 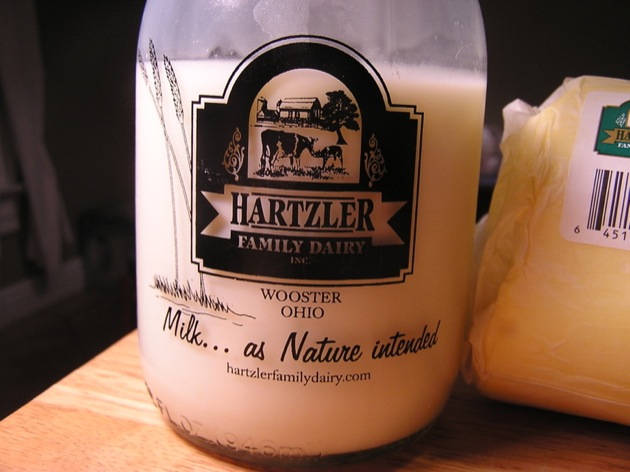 The first purchase was this nice big roll of butter that came from the Hartzler family farm .  I had already unwittingly had their milk.  Though not quite the raw milk Blake raved about in Maine, it is not homogenized, and tastes dramatically better than any milk I’ve had before.  The butter is also fantastic.  It has a subtle characteristic that makes it much more interesting than Land O’Lakes.

This is a very good example of something that tastes better than what I had used before, is not expensive, and will probably be kept in my fridge for the remainder of my time in Ohio.  Best of all, their farm is only about 104 miles from my house.

For my first meal I made a humble dish of braised carrots that I wrote about over at Serious Eats.

These people made my food!