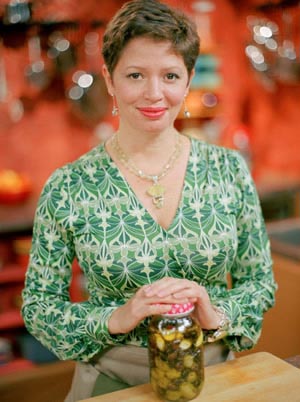 In the hazy hours of Saturday morning, between the first and second cups of coffee when the outside is just too far away and the Food Network is airing another ridiculously boring episode on commercially packaged food, I watch Daisy.  Sure there are other crazy public television cooks with loads of character and sass to stretch ( look at this guy ), but Daisy does it best.  And she's not peddling fine French, or heavy Italian, but some fairly traditional Puerto Rican fare with a heavy emphasis on rice and spice.  Maybe it's the Brooklyn connection, but essentially everything Daisy touches looks remarkable at an hour when I barely have the courage to get up and cook some bacon.

And, man, does she love pork.  She uses it constantly on her show and her cookbook is littered with it.  And tucked right inside is a list of her top 10 recipes, and the next to last one is a bright and shiny photograph of some beautiful pork chops--and for the first time in my adult life I craved them. 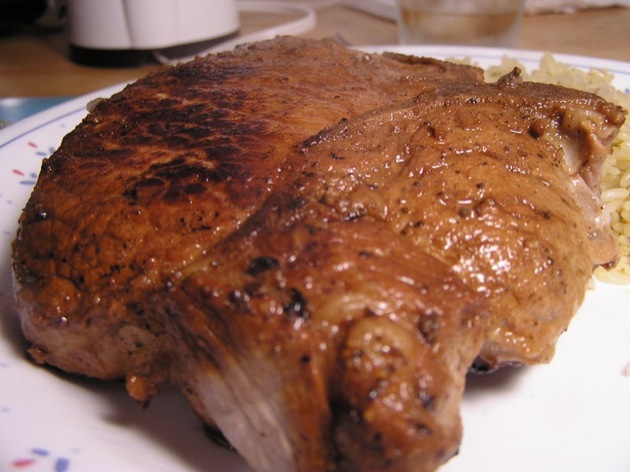 There is no proper way of getting to this, so I'll just say it.  I don't really like pork chops.

The ones I've tasted over the years have been bland and dry, and only saved with a generous dousing of A1 sauce.  The more I looked into it, the more I realized why .  Once lovingly fattened, pigs have been leaned over the years to make the pork more competitive with that other white meat.  Sure they are healthier now, but that doesn't make them any tastier.  So I stayed away for probably 5 years, as I swore off bland cuts in search of something more exciting.  But I now realize that I was wrong, because a little Latin diva showed me the way.

I don't know anything about pork chops, but the one thing I keep hearing is that they need to be marinated or brined.  As far as the actual chops, I wasn't quite sure what to get, though I think I actually came away with some nice specimens.  They were big and meaty with loads of wonderful fat clinging to the sides, which soaked up all the flavor of the oranges, cider vinegar and lemon.  These were some chops to make you forget steak for a while.

But I realize this is only the beginning.  This was a good first try, and for the first time I'm looking forward to actually trying these chops again.   And over the Thanksgiving weekend I sampled some divine ones at a little Italian restaurant in Columbus, Ohio, called Basi that had me hungering for some more knowledge and an even better marinade.  If you have any ideas on the best way to marinate/brine some chops please let me know. 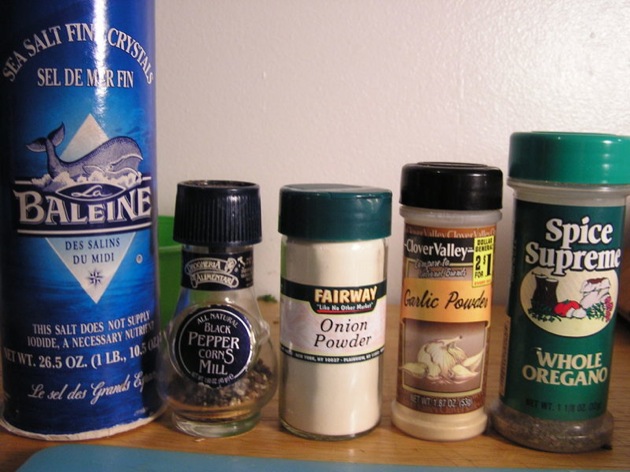 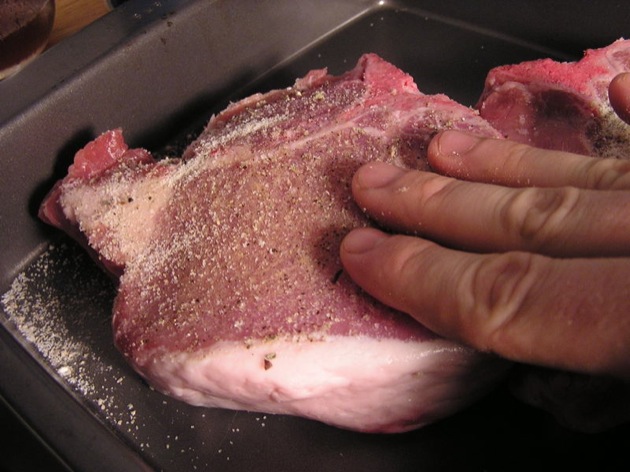 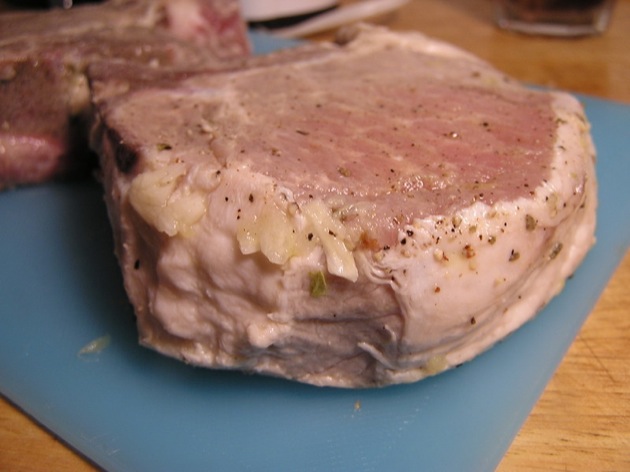 When you remove them, they'll look dangerously white like all those horrible pork chops you were ever forced to eat as a child.  But just pat the chops down with a paper towel, trying to remove as much of the marinade as possible. 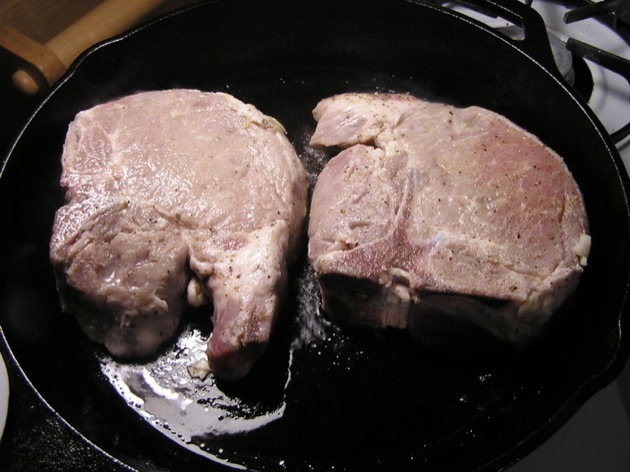 Pour some oil in a skillet and turn it to medium.  Add the chops and cook for about 6-8 minutes a side depending on the thickness.  Since mine were monster chops, I cook it a little longer on each side.

I cooked up some of her fantastic yellow rice to side with these hunking brothers.  I couldn't even finish half. 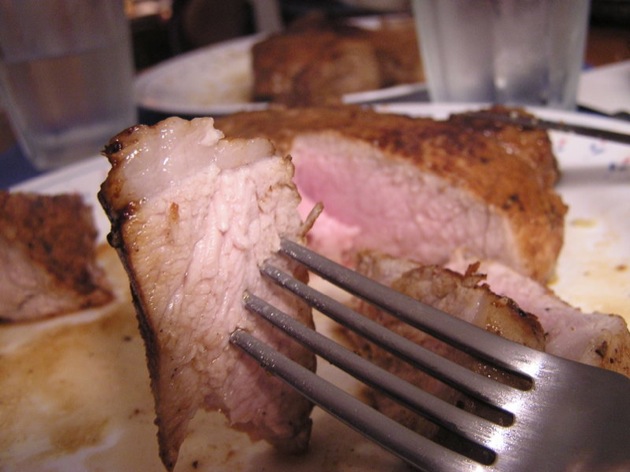