How to make chopped (not pulled) pork 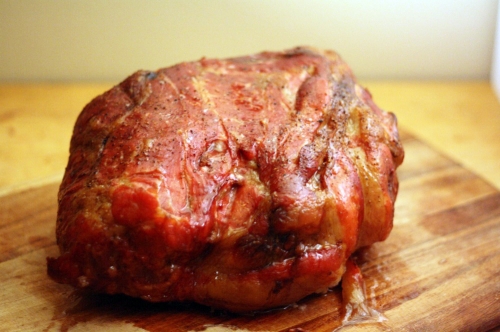 Does anyone have the recipe for Allen and Son's barbecue sauce, because I'll lay down a sizable chunk of change to get my hands on it. It's one my favorite barbecue restaurants in the country , and it's almost all down to that tangy, vineger based sauce. It doesn't coat the meat like a thick Kansas City-style sauce, but seems to disappear into the meat, making each bite acidic, spicy, and addictive. While I didn't have the recipe, I did have a jar of the amazing sauce, which a friend brought back to me from a trip to North Carolina. Though you'd think I would be completely overjoyed, instead I had the kind of dilemma that only affects barbecue nuts . Basically, all you have to do is chop up some smoked pork shoulder and mix it with the sauce. Sounds easy, right? But what happens when you don't have a smoker?

Talk about agony. For a month I've had this sauce in my fridge, and it stares at me with nothing but guilt when I open the doors. I plotted. I knew I wasn’t going to desecrate the sauce with some kind of stewed meat, but I had other ideas. Those included a plan to procure smoked pork from a reputable Chicago barbecue joint. But I worried about mixing this incredible sauce with someone else's barbecue rub. Plus, most of the pork shoulder cooked in this city is pulled, not chopped, a crucial difference which not as many people know about.

Though just about every barbecue restaurant in the city sells "North Carolina pulled pork," I didn't actually find much pulled pork on my recent trip to that state . It's there, of course, but I found far more chopped pork. The difference is in the final temperature of the meat. Chopped pork needs to only be cooked until about 170 instead 190 which is needed to pull the meat.

Luckily, like some kind of divine miracle, my uncle-in-law simply asked me over the Thanksgiving holiday if I'd like his smoker. Before I had time to think about, I was rearranging the seats in my small car to fit a fairly large smoker. 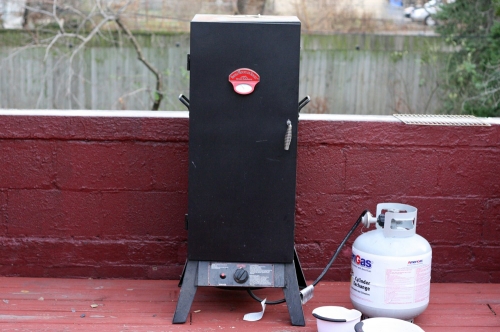 The propane tank was not included.

With a real smoker — albeit one that uses gas — I could finely look that jar in the face. Of course, I've already written about smoking a pork shoulder. The Mike Mill’s approved recipe I posted two years ago is still incredible, it’s just not the style I wanted for this. Mainly, I didn't want to put any kind of rub on it that might clash with sauce. Salt and pepper only. Plus, I wanted chopped meat, not pulled. Let's get smoking... 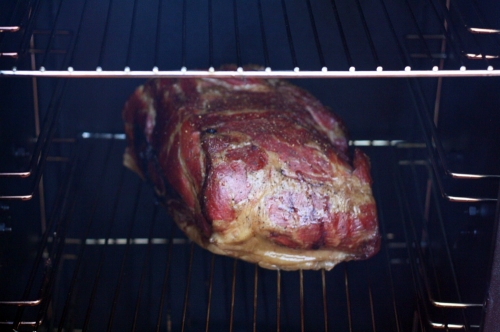 I set up my smoker to about 215 degrees and cooked this pork shoulder 12 hours. For smoke I used some hickory chips, which needed to be changed about every hour or so. With a gas cooker there really wasn’t much to do. I just set it up and let it cook. Changing the chips took about 30 seconds.

It came out pretty well, if not exactly perfect. There wasn’t quite enough smoke flavor, and I’d have probably let it cook for another hour or so if I weren’t so unbelievably hungry. 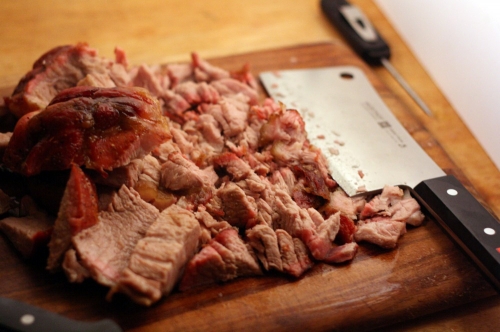 Really go for it.

You can't pull the meat apart with a fork, but that’s where the cleaver comes in. I chopped it up into little chunks. 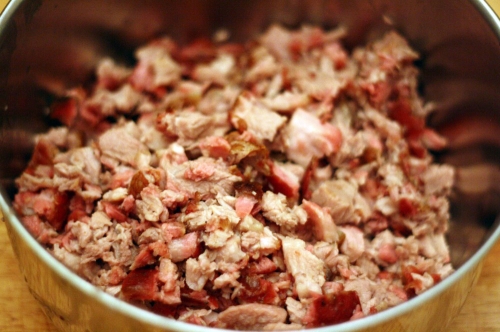 When I chopped everything up, and mixed it with the sauce, I was almost there. And that has to count for something. 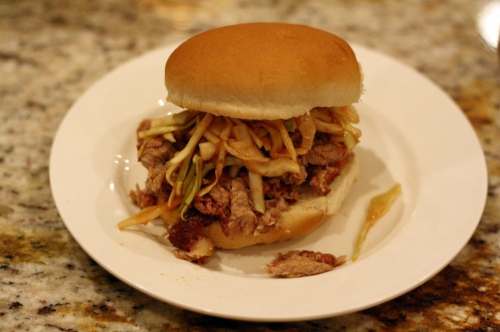 Though it wasn’t the bliss of Allen and Son’s, it was still close. Now, if I could only get my hands on more of that sauce.