Steamed Salmon and a Smelly Kitchen 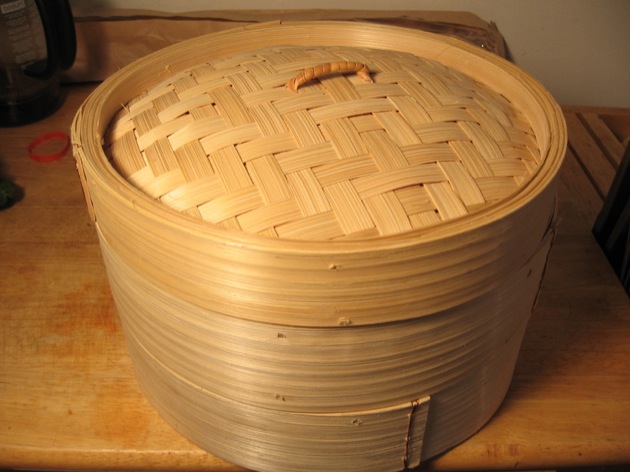 Every once in a while I get really excited about something I've never made before, and before I really have a firm understanding about what I'm getting myself into,  I'm in the middle of making it.  "Hey, I've never made a whole ham . Let's do it tonight even though we have no guests."  This is the thinking that lead me to pull out an apparatus that has never, ever been used in my kitchen before: the bamboo steamer.  It's been sitting up in my cabinet for well over half a year, and I had never used the thing.  It was never recommended for a recipe, and it never struck me as being a particularly interesting method to cook my meals.  Steaming might be one of the healthiest methods to cook, but I thought it was also one of the least flavorful.  No oil, no high temperatures, no contact with anything to caramelize.  Yet, I had a large piece of fish that I secured for very cheap from Chinatown, and for some reason I pointed to the top of the cabinet and decided it was time.

So without any knowledge, I went about compiling different methods from various sources, until I'd come up with something that made sense to me.  All were steaming recipes, but none said anything about a bamboo steamer.  Could they really be any different?

I put down a whole bunch of herbs, a couple lemons, and one onion on the steamer, laid the fish across, and steamed it atop a boil pot of water.  It was delicious.  The salmon was full-flavored, imbued with lots of parsley, lemon, and onion, and was just as good the next day on a salad.  It'd do this again in a heartbeat...if it weren't for one little detail.

The bamboo steamer didn't much like the experience and it still smells...really bad.  It won't go away.  My apartment is covered in a haze of salmon some three days later, even though we've scrubbed every
inch of every crevice.  First the smell just came from the bamboo steamer, then from the sink, then from every plate the fish touched.  We took to placing the steamer on top of boiling water for hours, hoping the smell would go away with the steam.  When we weren't paying attention, the water vaporized, and started to burn the bamboo. It's been a mess.

Maybe it was the Chinatown fish.  I don't know where that stuff comes from.  Though it tasted mighty fine, it still could have been a lesser cut that smelled more than others.  But I think I just need another method.  If you have any suggestions, I'd love to hear them... 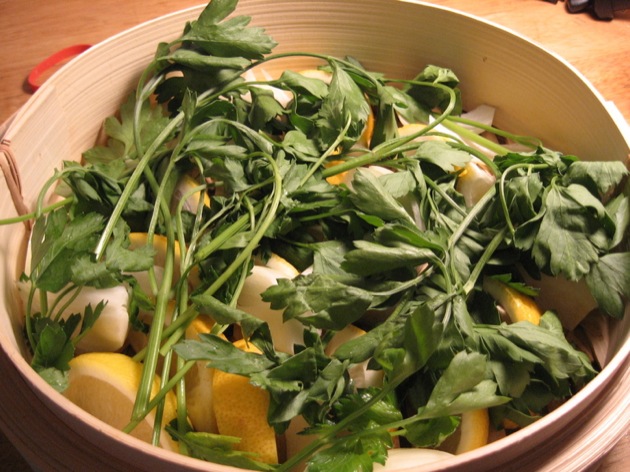 First I brought a few inches of water in large pot to boil.  Then I just covered the bamboo steamer with 2 sliced lemons, 1 sliced onion, and enough parsley to cover the bottom. 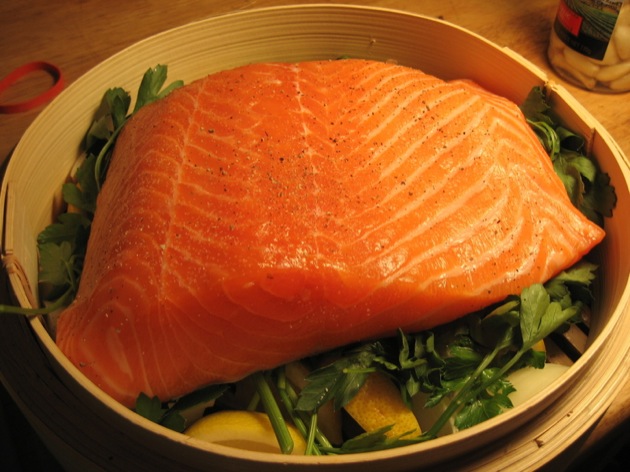 I placed the fish on top, covered it, and placed it on top of the boiling water. 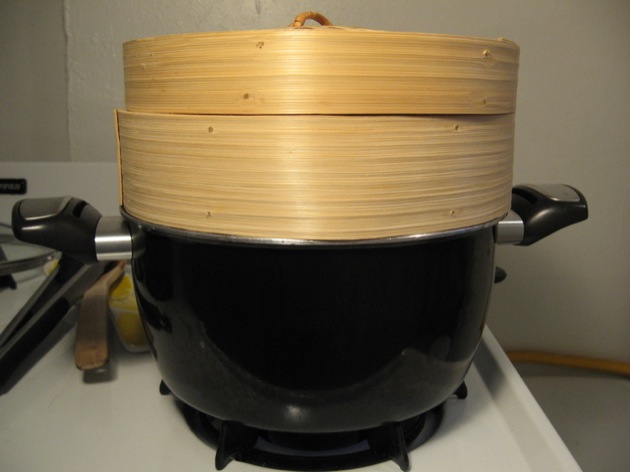 Then I waited.  I had read somewhere that it took 9 minutes and that the internal temperature should be 120-130, which after 9 minutes was nowhere close. 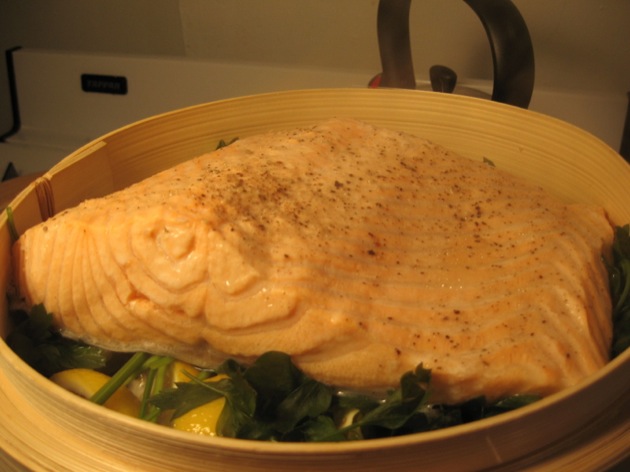 I realized that the big hunk of Chinatown fish was never going to cook properly in one large hunk, so I broke it into a few pieces and steamed for another 5 minutes, until everything was nice and cooked. 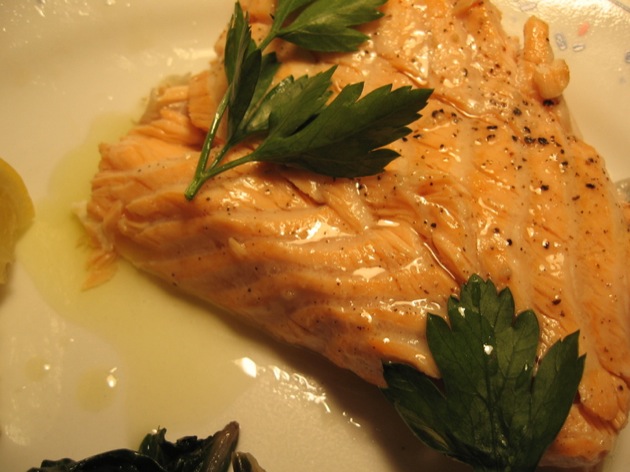 I finished it off with a little bit of olive oil and more parsley.