The Duck Confit is Served 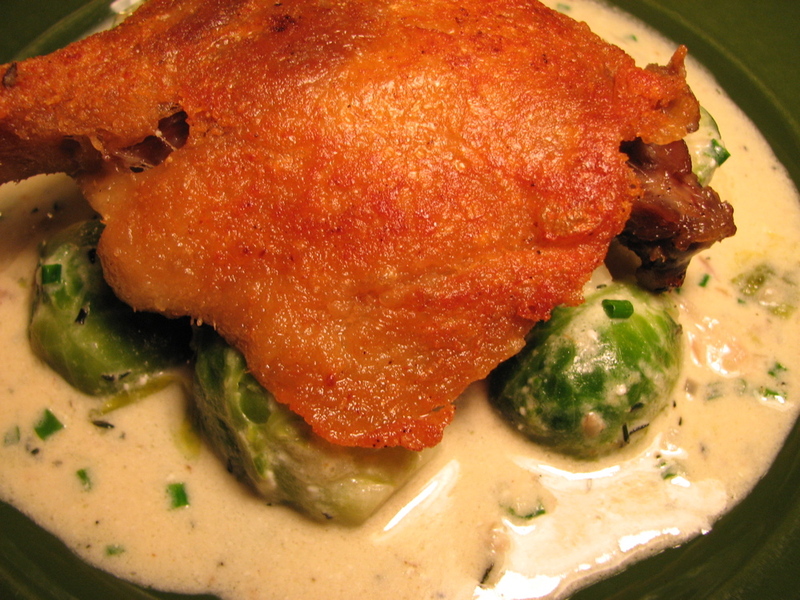 I was cleaning out my fridge, throwing away plastic bags full of blackened herbs and limp celery and muttering about how I felt wasteful, of course, but also uncreative.  Why does the ability to look into the fridge and dream up recipes with what’s there elude me?  I'm a failure and a hack.  Why even cook anymore?  I should just order takeout and go to sleep.

But in the midst of this crisis, a beacon: I found my duck confit .  There, in the big white dish, behind the box of baking soda, old loaf of bread, and bag of stale tortillas: glorious, fat-poached duck legs sealed under a firm layer of fat, saran wrap, and aluminum foil.

I’d lovingly, painstakingly made them almost three months earlier while embarking on an absurdly authentic version of cassoulet .  I’d traveled beyond the amateur and paupered pale to a land of scruffy French peasants and centuries-old cooking techniques, devoting an entire weekend to wandering around my light-filled apartment in bare feet, on espresso, as I boiled beans, cured meat, poached sausages, and generally allowed myself to approach culinary insanity. I remembered the moment when I looked around and wondered how, as I lined my cast iron dutch oven with pig skin , I’d gotten to that particular moment.   The whole thing seemed so distant and strange, those days of snow, pig knuckles, and encounters with Italian pig butchers.

But there, in a very real, edible way, was a relic of my experience.  I had no idea what the legs would look like under their off-white seal of fat—supposedly they’d be perfectly preserved, imbued with salty, herb flavor, deliciously fatty and ready to become crackly, crispy heaven.

I pulled the dish out of the fridge, set it on the counter, and waited patiently for the fat to turn clear at room temperature.  In the meantime, I went straight to Thomas Keller’s Bouchon cookbook, knowing if there was a perfect way to enjoy duck confit (some have it over greens, with cous cous, etc.), Mr. Keller would have it figured out.  And he did.  The recipe, quite simple, also dares you to overcome childhood fears of Brussels sprouts.  In this context, it’s perhaps the ideal transition: what could not taste good next to rich, dark, crispy-yet-meltingly-tender duck legs?  He makes a creamy sauce for them just to be sure.

It all came together, everything paid off, it was like eating in a restaurant.   I'm amazed that I could cook duck legs, preserve them, and eat them three months later. I feel plugged into a great culinary tradition, reappropriated in an apartment in Brooklyn; a tradition invented before electricity, made obsolete with refrigeration, revived in a quest for authenticity and culinary revelation.

What I ate for dinner that night is, perhaps, the greatest thing I’ve ever cooked.   Not just by taste, but in a sense of accomplishment, in the connection to tradition, in the attention to detail.  A total triumph.  Here's how I did it. 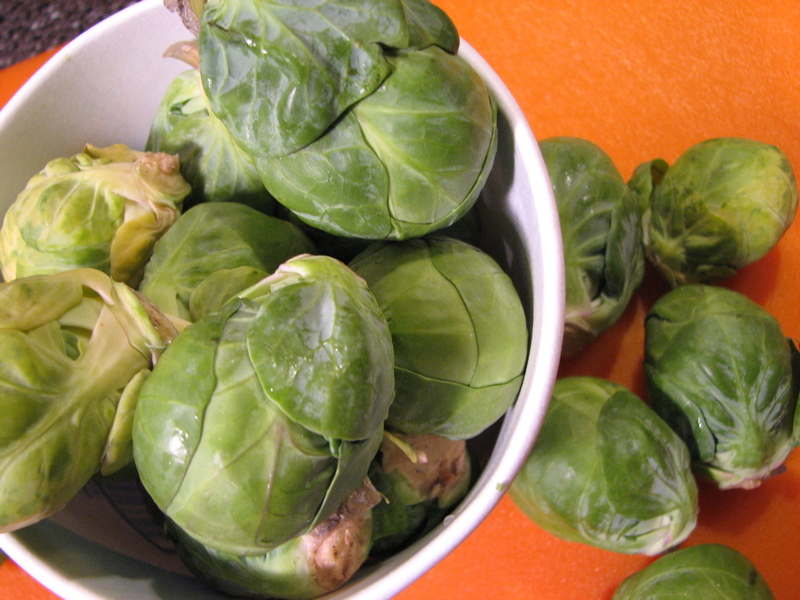 (I halved the recipe)

Allow the duck legs to soften at room temperature until you can remove
the legs without damage.  You can also warm them gently in the oven. 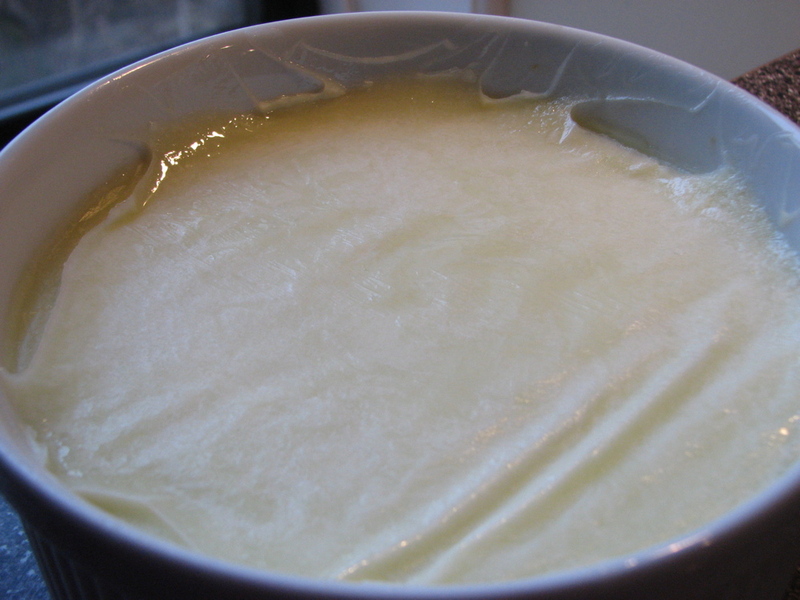 Boil a large pot of salted water, and prepare a large mixing bowl with
ice water nearby.  Also, have a baking sheet with a dish towel.
Preheat the oven to 375.

Remove outer leaves of the Brussels sprouts until you have only tender
green leaves showing. I found it made sense to slice off the ugly root end of the sprout, and then the outer leaves, which attach lower on the
sprout’s root, fall way—much like when you cut a head of romaine
lettuce.  Also, make a small slit in the center of each root (you’ll
cut them in half on that line later on). 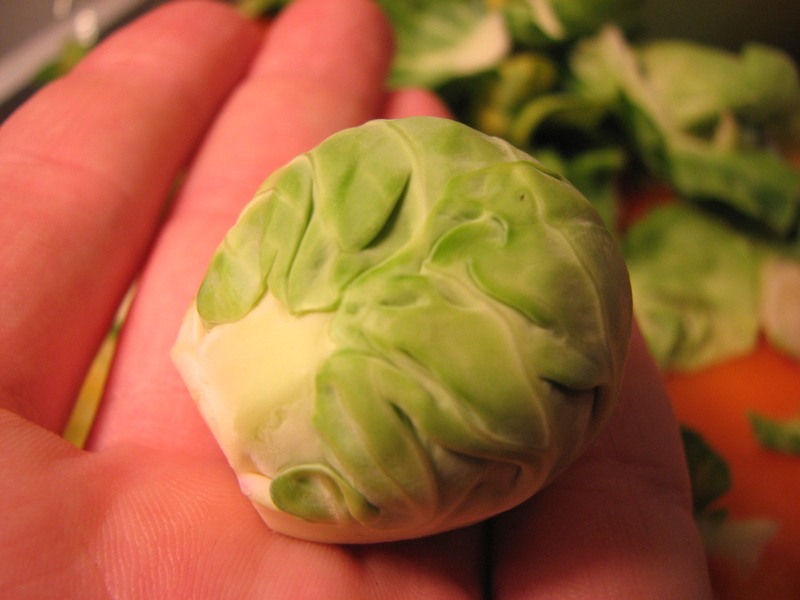 Put the sprouts into the ice bath to chill at least five minutes.  Once the water is boiling, add enough to the water so that it does not cool down much.  Keller recommends cooking them in two batches—I did them all at once because I was halving the recipe anyway.   If doing in two batches, remove the second batch from the ice bath just before you pull the first ones out of the boiling water, because that first batch is headed for the ice.  It’s all a lot of juggling.  They should cook until tender when pierced with a paring knife.  Once chilled after cooking, drain on dish towel.

Gently scrape away remaining fat on the legs and bat with paper towels.  Cut the Brussels sprouts in half.

Heat a non-stick skillet large enough to hold the legs in an uncrowded, single layer over medium heat.  Add the legs skin side down and stand back, since they’ll eject boiling pearls of duck fat all over the
place.  They should sit untouched anyway, so let them do their thing.

Saute for five to six minutes, gently turning with tongs to get them crispy all over.  They should turn a rich brown, but don’t let them burn of course.  When they’re a minute or so away from finishing, tilt the pan and spoon some of the fat that’s leaked off the legs into a baking dish, enough to coat.  Place the legs skin up on sheet and warm for 8 minutes. 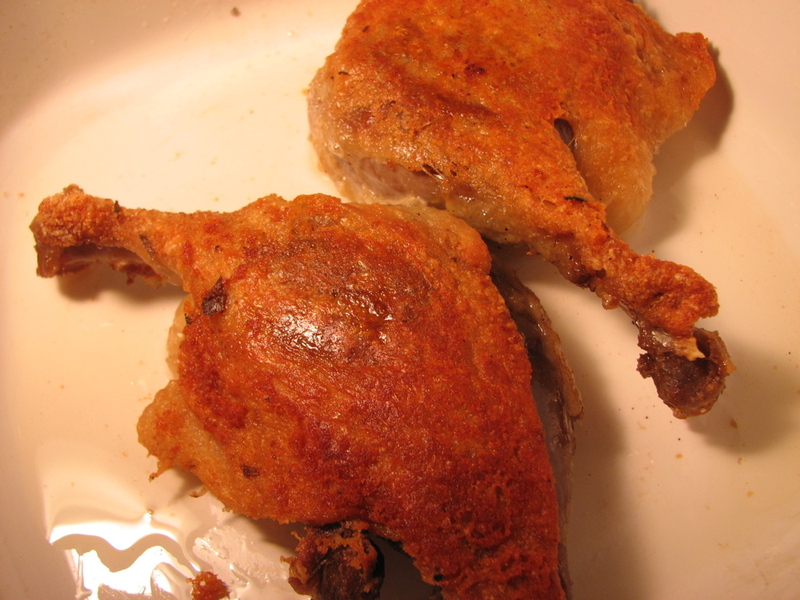 Meanwhile, discard all but 2 tablespoons of the remaining skillet fat and let the skillet come down to medium-low heat.  Add the shallots, thyme, and garlic confit (or fresh garlic). 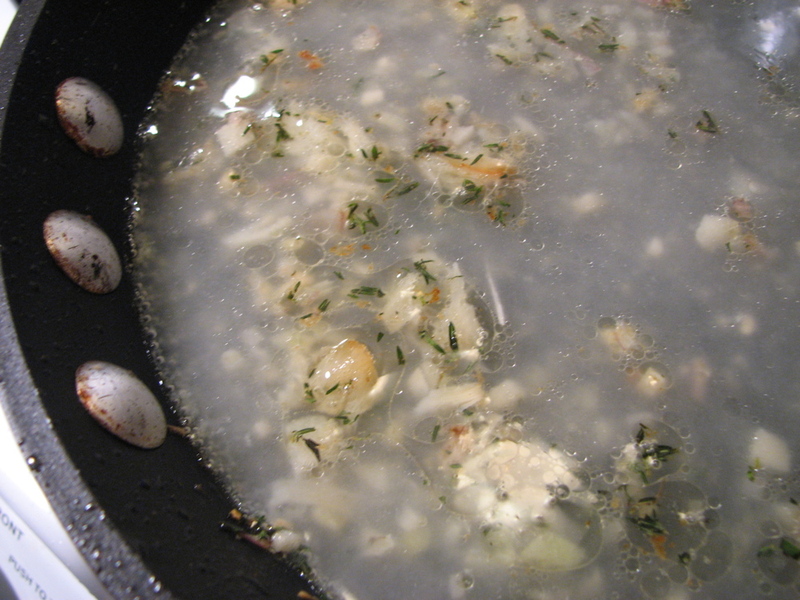 Saute gently for 2 minutes, then add the stock and bring to a simmer for an additional two minutes.  Whisk in the Dijon mustard and crème fraiche and add the sprouts. 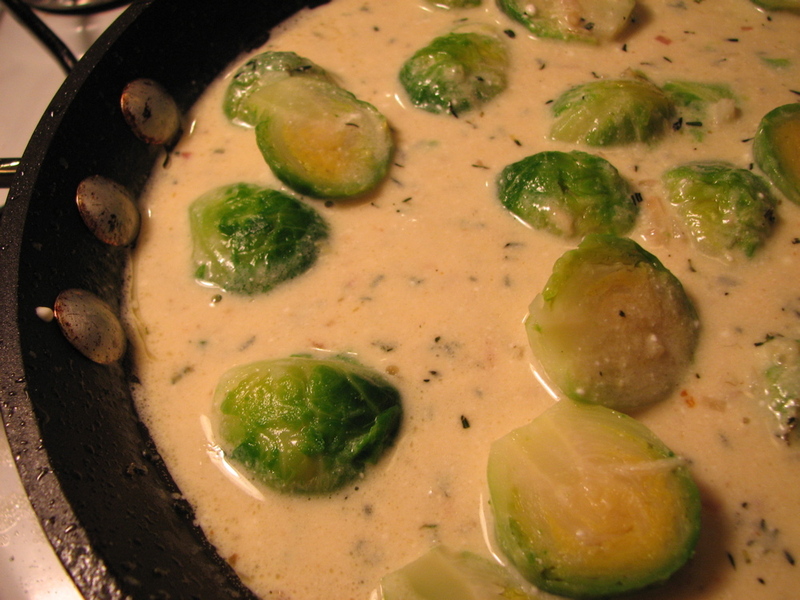 Simmer until the sprouts are warmed through, letting the sauce reduce until it coats them.

Remove the legs from the oven and drain on paper towels.  Take the sprouts off the heat and stir in the chives.  Plate them, topping with the duck confit, and serve immediately! 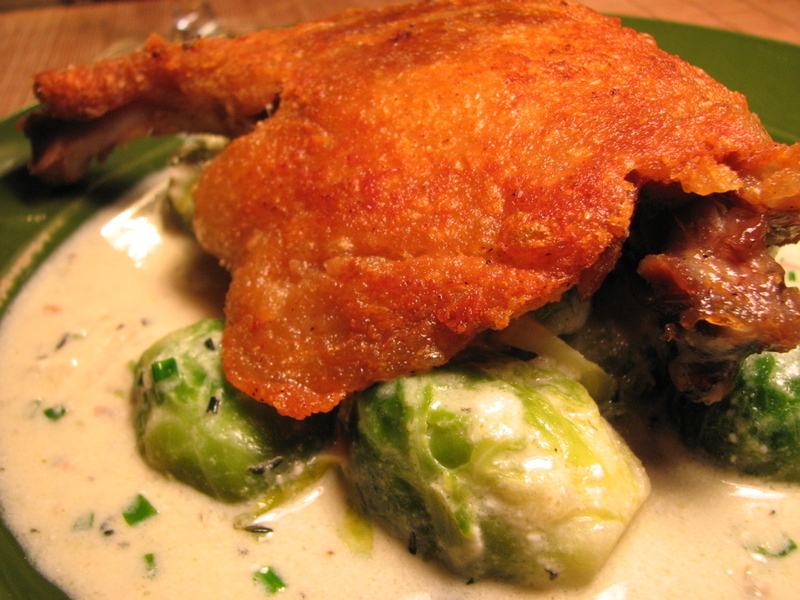