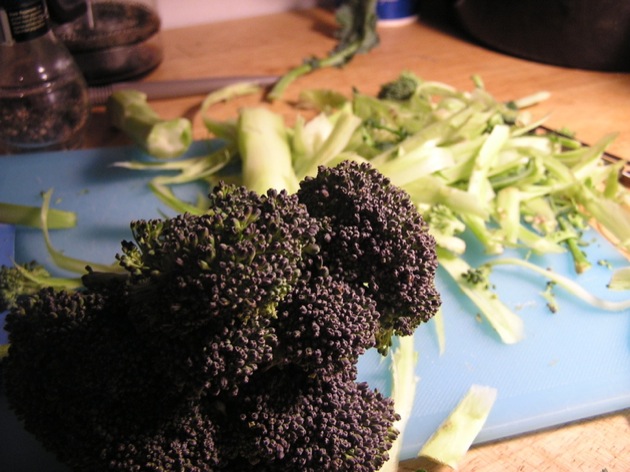 "That's it?" you might be saying.  But yes.  This is a recipe for broccoli.  Well, roasted broccoli.  I did salt that beef lurking around out of focus in the background for hours, submerge it in lukewarm water for another hour, and sear it at high heat.  But the broccoli was better.  Even the stems were great.  Long relegated to second class citizens to the beautiful florets up top, when stripped of their hard outer cover the stems soak up all the flavors, in this case lemon and garlic, and honestly taste better.

For every recipe about how to slow cook a chicken for 6 hours there has to be something practical, easy, and ready to eat in less than an hour.  That's where roasted broccoli comes in, seemingly one of the most boring entries into this here website in over a year of service.  But I promise you, it's one of the tastier ones.

I was not much of a broccoli fan as a child, so I don't have any fond memories of dredging it in cheese sauce.  Nor did I have really any idea of how to cook it.  It had usually been that vegetable I devoured at cheap Chinese restaurants when I was scared of what the chicken was actually made of.  But I was having steak, mashed potatoes, and I really wanted to have something green to balance the world, and for some reason the broccoli jumped out before I could voice concerns about what exactly to do with it.

Nothing is really worse than limp, flavorless broccoli, so boiling didn't much excite me, nor did steaming.  That left sauteing and roasting.  Since I had the oven cranked up at an angry 500 degrees for the steak, I decided to plunge into Barbara Kafka's Roasting , the queen of high heat roasting.  And that's where I found this little gem.  It illuminates the flavor of this vegetable with lemon, garlic, and olive oil, and is done in 15 minutes.  But the most important technique was to peel back the stems.  For some reason that had never occured to me.  Shows what I know.

Roasted Broccoli with Lemon and Garlic 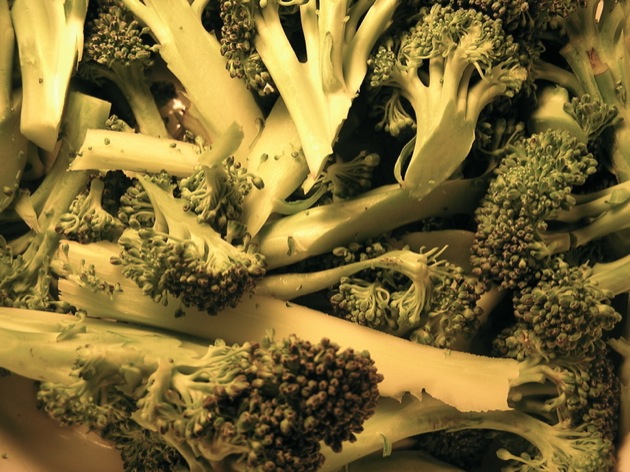 Preheat the oven to 500 degrees.

Using a peeler, strip the harder part of the stem away from the broccoli.  You'll have to go down pretty far.  It will be shiny and wet.  Cut the broccoli into 2 inch long pieces and place in a baking dish.  It should be a smaller one, so they can be nice and close to each other. 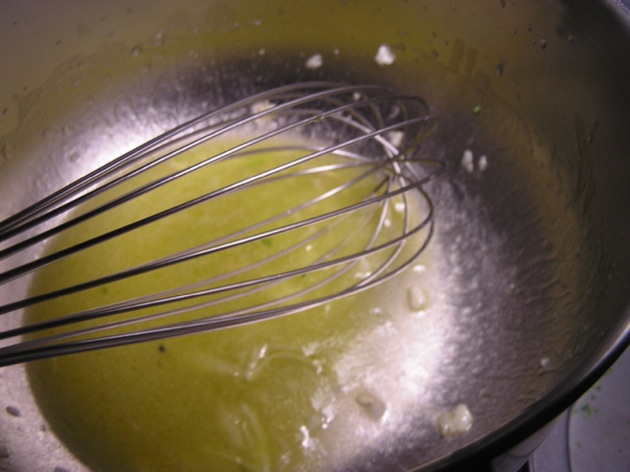 Smash the garlic and place in a mortar with the salt, and use a pestle to combine.  If you're like me and don't have a pestle and mortar, crush the garlic with a cocktail muddler.  Just make sure to wash it promptly.  Add the lemon juice and then whisk in the oil.  Pour the mixture over the broccoli and mix until combined. 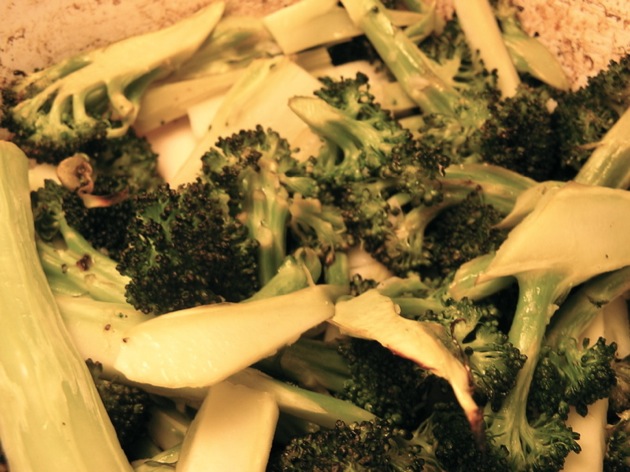 Roast the broccoli for 7 minutes.  Then turn the dish, and roast for another 7-8.  Remove and serve. 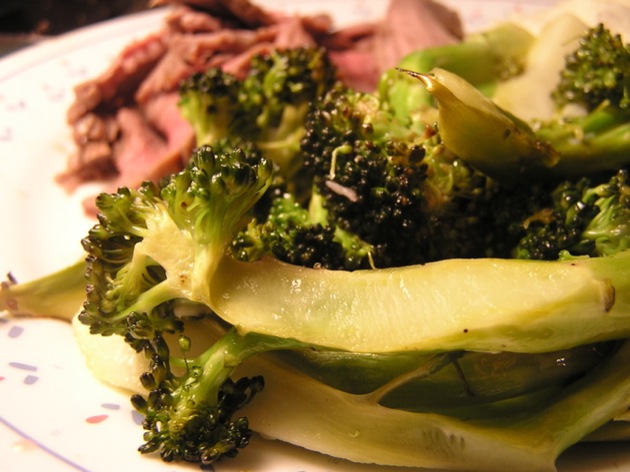