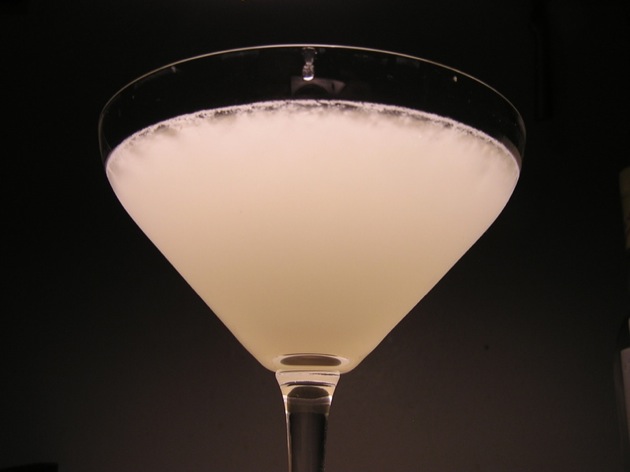 My drink of the summer so far has been the margarita, a fact that may leave most of you thinking, “so what?”  And normally that's fine--nothing is that impressive about a cut-rate tequila mixed with a big bottle of margarita mix that’s dumped in a salt crusted glass the size of a punch bowl.  But I’ve been messing with the holy trinity of lime, tequila and triple sec, thanks to one little product I just picked up at Fairway.  Agave Nectar. 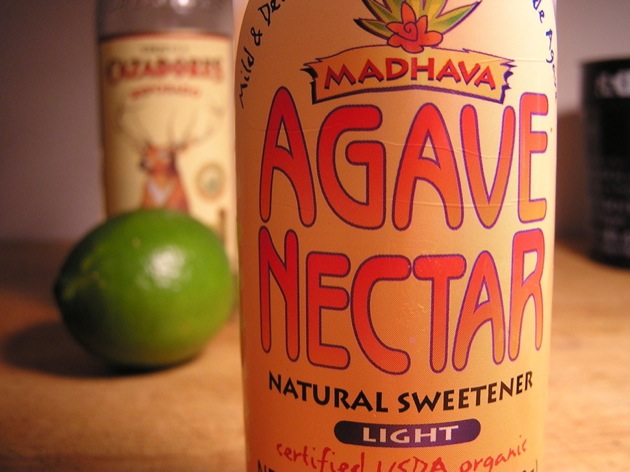 What I’ve constructed is called Tommy’s Margarita, after a restaurant in San Francisco known for their enormous tequila collection.  It’s the best margarita I’ve ever had.

But first, what is the stuff?  It’s the liquid from the agave plant that has been heated, reduced, and filtered into something that looks a lot like honey, but thinner and smoother.  You don’t see it on many main grocery shelves, but it is a mainstay of the health food stores, because of its low glycemic index (health nuts please tell me what that means...).  Which all means that you can feel darn right snooty about your margarita fix.  I’d suggest even getting in athletic garb before going to the store to make you feel better about it.

The idea behind his cocktail is that nothing should distract from the flavor of the agave, and what could enhance the agave in Tequila than agave syrup?

Simple, eh?  But like all systems built on simple premises, it’s all about quality, which means you can’t use all tequilas.  Those shots I sucked back during college on the count of three were terrifying for many reasons, but mostly because of the quality of the liquid, which probably only contained only 51% tequila.  The rest was filled with neutral grain spirit.  Some brands even add coloring to make it gold.

And, you guessed it, the good stuff usually costs more.  A lot more, actually.  Who's to blame?  I’d point the finger at the agave plant, which can take up to 8 years to fully mature.  Good luck finding a 750 ml bottle for under $30, especially on the East Coast.  And that's probably for the unaged Blancos.  They work great, but I think the Reposados, those that have been aged at least 2 months, work a little better.  Save the Anejos, those aged for over a year, for your sipping.

But really, we're not at Applebee’s.  Cocktails are all about taking drinking with the utmost respect, and margaritas deserve the same care.  And like all great cocktails, the ingredients should accentuate what's great about the liquor.  And thanks to this agave nectar, the humble margarita tastes like never before.  Oh yeah, and I’ve completely forgotten about salting the rim.  And you should, too. 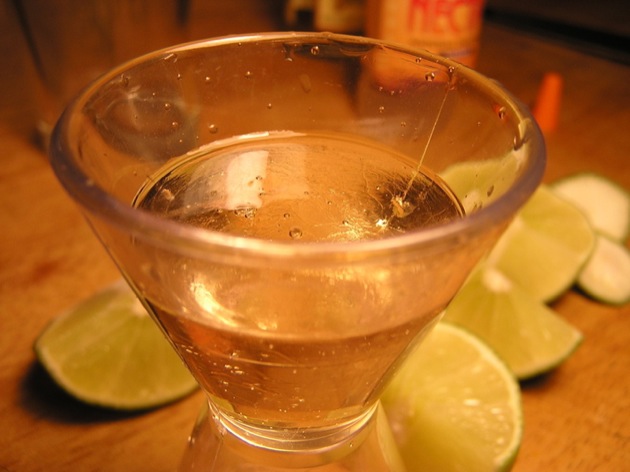 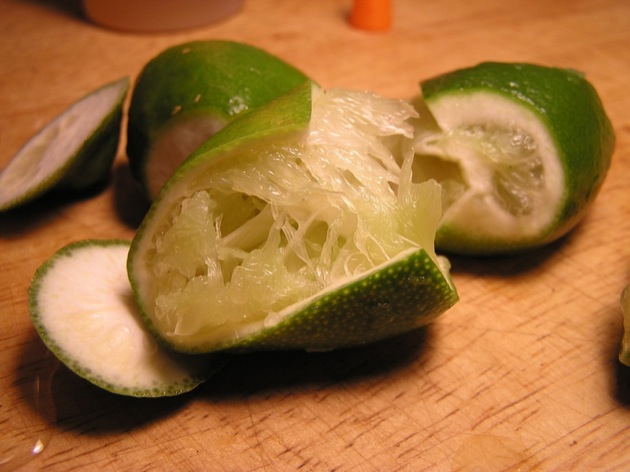 Shake with ice, and strain into a cold cocktail glass.