With one secret ingredient 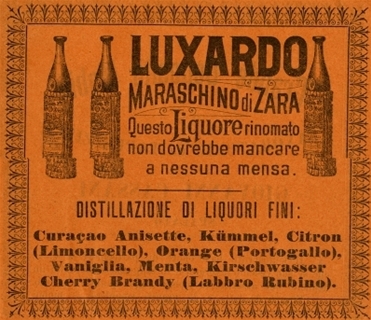 For the third year in a row, Nick and I will be spending our New Years Eve with friends eating tacos and drinking cocktails. It's become something of a tradition, fondly known as Cocktails and Carnitas , and I can hardly wait.

It's a given that the food is good. But we also believe in drinking very, very good cocktails. Cocktail. Rather than conjuring up images of sugary vodka-laced concoctions, the word cocktail evokes for us a dangerous, seductive blend of liquor, liqueurs, bitters, citrus juices, and plenty of ice. It is something balanced, remarkable, and pleasurable. A cocktail should not be an embarrasing thing you order in a club. It should be a work of culinary art.

With that in mind, here are two cocktails we debuted last year which were wildly popular at the 2010 New Years party. In fact, I made one for someone and apparently this person shared a sip with half the people in the room, because shortly thereafter I was stuck behind the bar for close to an hour mixing up the same cocktail over and over to everyone who wanted their own.

That cocktail was the Red Hook, which features a liqueur made from maraschino cherries; Luxardo makes the best one. The other cocktail was the Aviation, which also uses maraschino liqueur, but is based around gin rather than whiskey. The Red Hook is dark, seductive, brown, and just a little bitter; the Aviation is bright, gin-y, and tart with lemon juice. Between the two, you've got manly men and dainty ladies and everyone in between pretty much covered.

You're welcome. And Happy New Year.

Recipes after the jump…

The Red Hook, named after the neighborhood in Brooklyn where Nick and I spent a lot of time while living in New York, is kind of a variation on the Manhattan. It has been widely recognized as one of the most important and influential cocktails of the last decade. Punt e Mes is a more bitter version of sweet vermouth; if you can't find it, an excellent substitute is half sweet vermouth and half Campari—star of the Negroni, which we're written about before.

Pour ingredients into a shaker with a generous handful of ice. Stir briskly until well chilled. Strain into a cocktail glass and serve.

The Aviation is a more famous cocktail, similar in formula to drinks like the Margarita —in this case gin instead of tequila, maraschino liqueur instead of triple sec, and lemon juice instead of lime. Some versions have something called Crème de Violette; we excluded it for simplicity. It's still a damn good cocktail.

Pour ingredients into a shaker with a generous handful of ice. Shake well until your fingertips ache. Strain into a martini glass and serve.