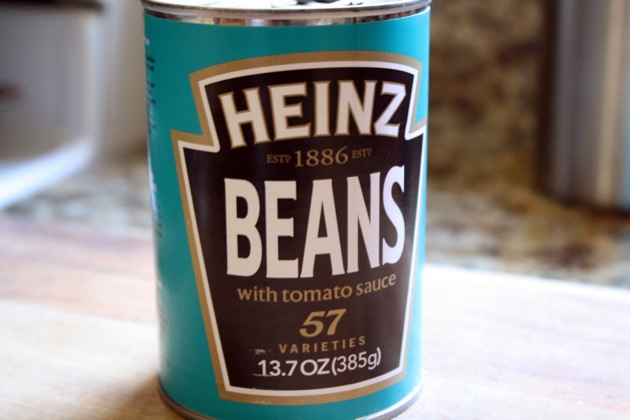 Baked beans should have been the easiest part. When I set off on this crazy Full English Breakfast challenge I figured I'd spend most of my time stuffing sausages , or learning how to cure a completely different kind of bacon . The beans should have required a few hours on lazy Saturday afternoon. The one problem -- the only problem -- was finding a recipe.

There are no recipes. Zero. Or at least none that I could trust. Every single stupid recipe wanted me to bring smoked pork or maple syrup to the party. But that's not right. See, English baked beans are a completely different thing than American baked beans. That sweet porky, smoky flavor that we most associate with baked beans in this country is completely absent. The beans I wanted are served in a simple tomato sauce that is just slightly sweet and a tad tart. I have fond memories of the beans, but apparently no one else has. 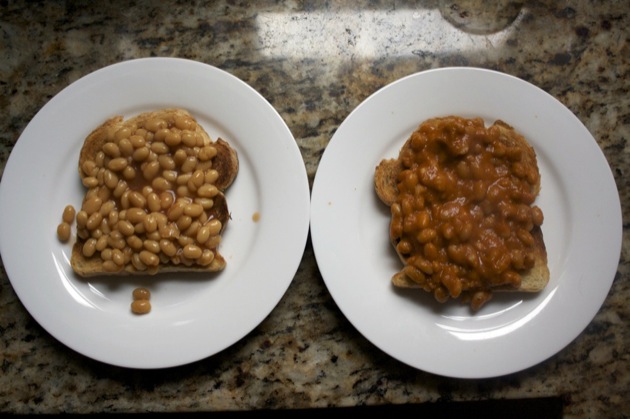 Each time I made a batch I ended up with the heavy, gloopy sauce you see on the right plate. What I wanted were the Heinz beans on the left. This ubiquitous brand is about as gourmet as simple can of Campbell's chicken soup. But when I thought of beans for my Full British Breakfast, it's what I wanted. And no matter what I tried, I could never get there. Folks, I need help. 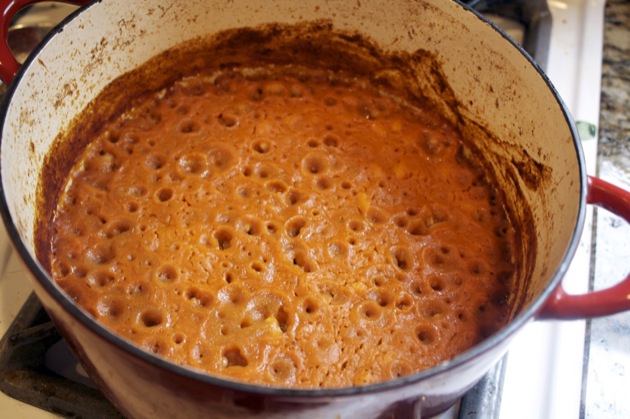 I dabbled in a massive Heston Blumenthal recipe from the BBC , along with a simpler recipe from the Good Food Channel . I tried batches made with pureed tomatoes, tomato paste, and even ketchup. I got caught up on finding something called "passata," which is some kind of pureed tomato product you can buy in jars in England. I tried cooking them in water first and then mixing them with the sauce and baking them. Hell, I even tried cooking the beans straight in the tomato sauce. 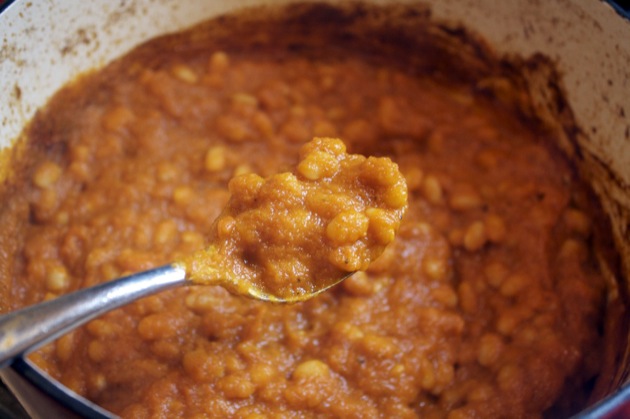 Each time I ended up with beans that were chalking and heavy, mixed with an overly thick tomato sauce. It was too much. 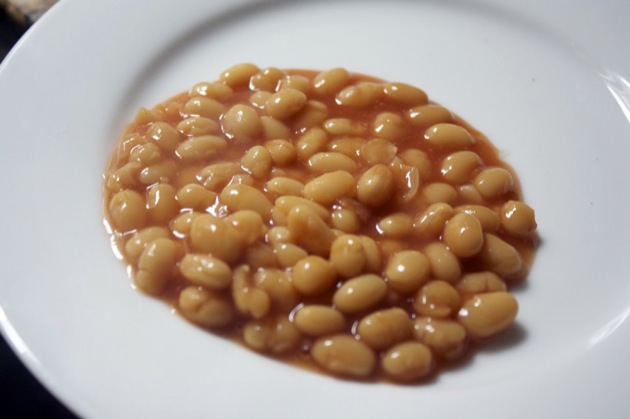 I wanted the insubstantial sauce of Heinz. It's slightly viscous, but not heavy. Perhaps you just can't make this from scratch, since it's made in a huge factory. Maybe my homemade beans were "better;" they certainly had more flavor. But they didn't taste right. That bugged the hell out of me.

And, honestly, I can't make another batch of beans unless I get some help. I'm so sick of beans I am having trouble even writing these words now. I swear, it's not for a lack of trying: I've purchased pounds of beans, and simmered them for hours. I need your help. If you a British or just know what you're talking about, I'd really appreciate it. Otherwise, I'm just going to serve this simple can of Heinz, which doesn't sound so bad these days.