Can You Make Homemade Tahini?

On a search for the lesser-known ingredient in hummus 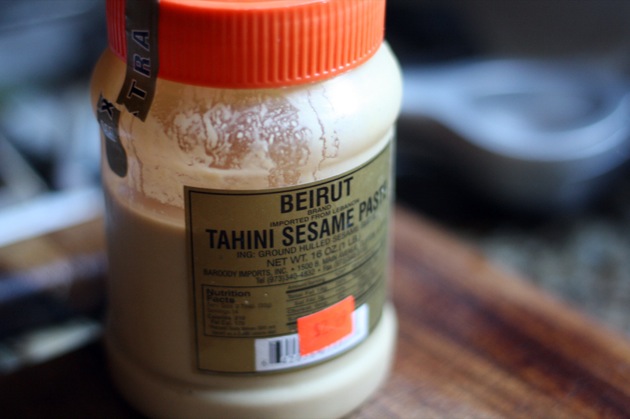 The goal is to make hummus at home with no shortcuts. I’m an apprehensive hummus fan at best, having dipped one carrot stick too many into something chalky and pasty, which claimed to be hummus but was purchased quickly from the grocery store. You could say that I’ve been ruined by the silky smooth texture of real hummus, the kind the comes with a sheen of rich olive oil on top, which is spiked by lemon and maybe a sprinkling of paprika. That's hummus.

It shouldn’t be that hard, and I wondered if I could beat store-bought hummus in both price and taste. Hummus is nothing more than a mixture of chickpeas, tahini, olive oil, lemon, garlic, and salt. To make this homemade version I figured I'd pick up a cheap bag of dried chickpeas and I'd be halfway there. Besides the olive oil, lemons and garlic (which I’d buy at the store), all that stood between me and perfectly homemade hummus was tahini. Surely I could find some way to make this at home.

According to various sources, tahini is just ground sesame seeds. What could be simpler? But recipes are especially elusive. When you Google "tahini recipe" what mostly pops up are posts for tahini sauce, which is regular tahini mixed with lemon and garlic. That’s fine, but how about a recipe for regular tahini paste? Can this actually be made at home? 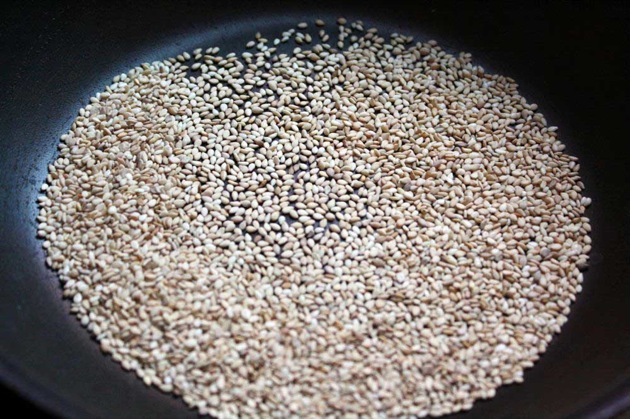 I found this random recipe , which quickly toasted sesame seeds, and then ground them in a food processor with olive oil. It sounded fantastic, but I was unfortunately left with a horribly chunky mess that tasted and looked much like sand. No pictures are necessary. I also stumbled onto this recipe from the Kitchn , which actually managed to look worse.

Whom could I turn to for help?

James Peterson quickly touches on tahini in his epic Sauces cookbook , which he describes as being “sold in Middle Eastern groceries” and made from “raw sesame seeds.” Is he advocating just purchasing this from the store?

And then I read this passage from the Penguin Companion to Food :

Tahini is an oily cream (paste) which is extracted from sesame seeds. The seeds are first soaked in water for 25 hours before being crushed with a heavy hammer to loosen the bran from the kernels. The crushed seeds are put to soak again in highly salted water - the salt content being enough to ‘float an egg’ - for the bran to sink while the kernels are skimmed off the surface and grilled before being sent to the mill to be ground and release the thick oily cream (paste).

So, let’s get this straight. Tahini is either a simple concoction of ground sesame seeds, or a hopelessly complex process that involves soaking, hammering, soaking again, grilling, milling, and finally grinding. Somewhere there is the answer.

Anyone know what to do?