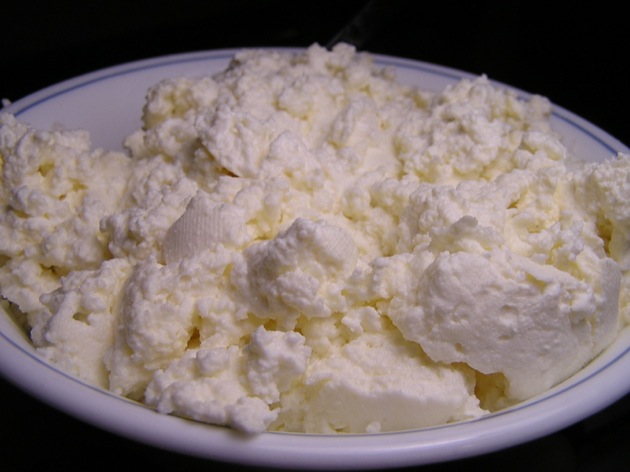 After I miraculously created a ball of mozzarella from a gallon of milk and some powdery substances, I declared it a miracle and couldn’t wait to do it again.  And true to my plan, I tried to make it twice since that date and failed bitterly both times.  Much could have gone wrong.  I believe the first failure happened because I used cheese salt instead of citric acid at a crucial step, which was completely my fault.  But the second time...well, it just didn’t work.  Instead of combining to make a smooth ball, it curdled and made a cottage cheese like substance.  It was time to pack it up; I couldn’t make cheese.

But there is another cheese that my kit could make, and it was supposed to be easier.  I could also make ricotta.  I probably don’t eat ricotta as much as the next man, but it does make great gnocchi and pancakes, so I thought “what the heck”, and set out to by some more milk.

This time I used Ohio Organic, which isn’t nearly as fancy or divine as Hartzler, but was about 1/4th the cost.  That’s important.  I can’t keep dropping $15 buck on a ball of cheese that would cost about $4 at the store.  It will make this whole cheese making process more of a curiosity than something I’d regularly engage in.

So I pulled out my gallon of milk and my kit of substances, and got serious.  No failures this time.  I lined up all the bags and got my milk ready.  And then I poured the milk in the pan, tossed in some citric acid and salt, cooked it, drained, and ate it.  I mean, mozzarella did only take thirty minutes, but it’s a frantic, physical time.  Ricotta requires a pinch of citric acid, and some hanging time.  I’ve made cold cut sandwiches that required more effort.

Even though it wasn’t the hardest thing I’d ever done, it did make some fine ricotta.  And it was used it to fine effect as pancakes and some rather tasty gnocchi .  What else can I do? 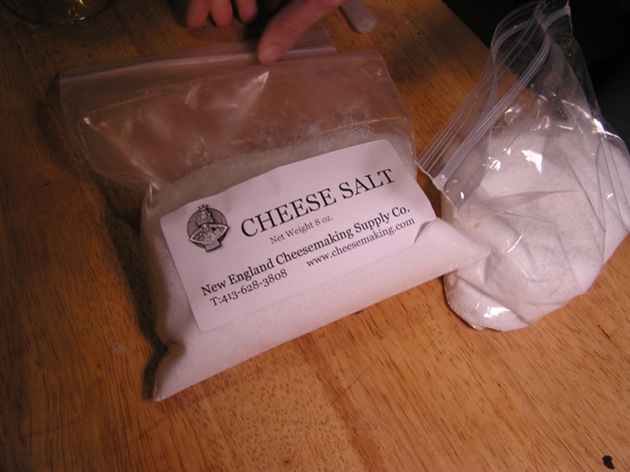 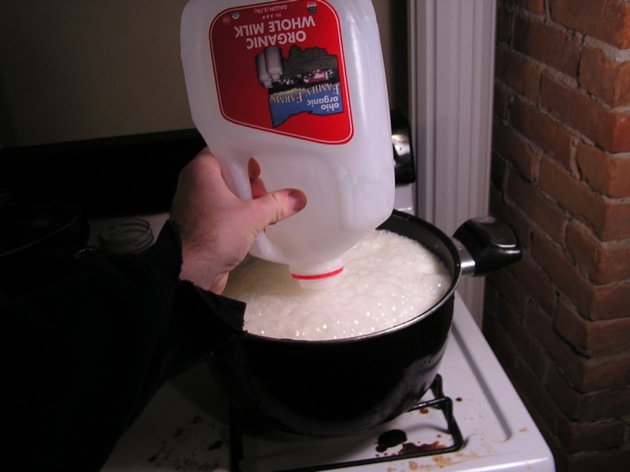 Combine all the ingredients in a large pot.  Turn the heat to medium, and cook until the tempeture hits 195 degreess F.  Turn off the heat. 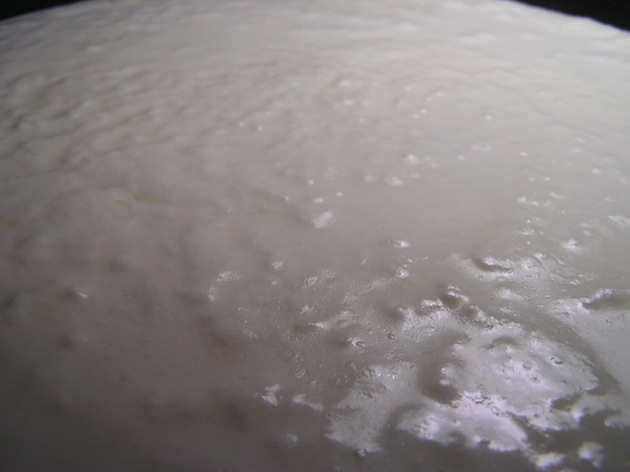 Let it rest for 10 minutes. 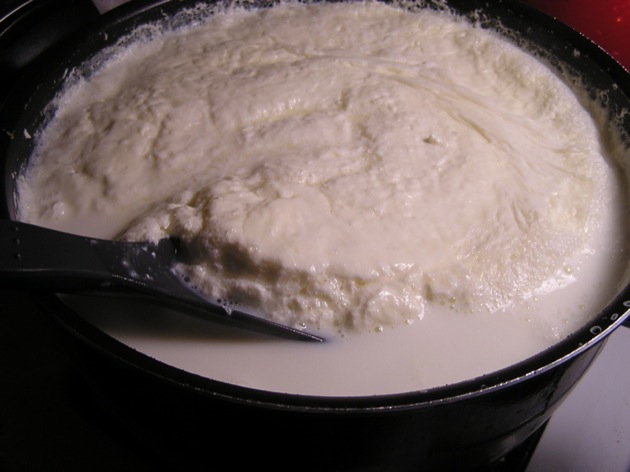 Tranfer the curds, carefully, into a colander lined with butter muslin. 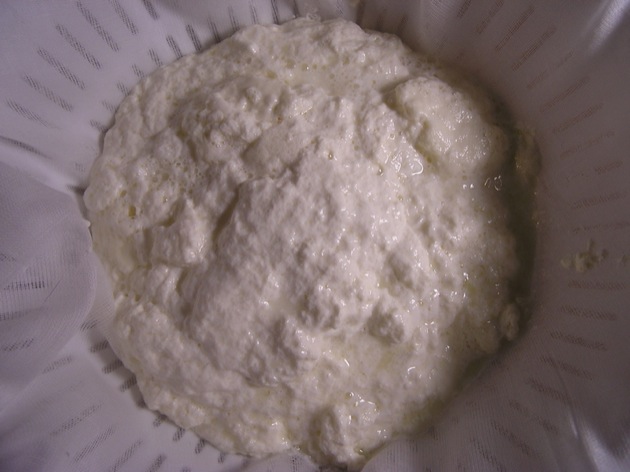 Tie up the butter muslin and hang.  They were pretty unspecific about this point, so I just hung it from a cabinet knob.  Put a bowl underneath and let it drain for 30 minutes.

Remove the cheese and fluff with a fork to break up the curds.  It will apparently keep for 2 weeks in the fridge.  I can’t vouch for that.