How to pickle brisket. 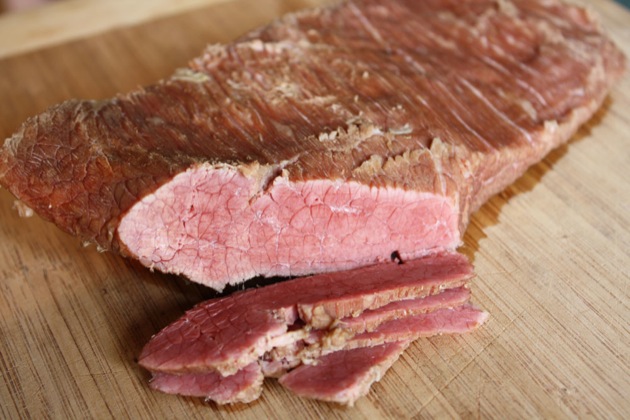 I was standing in the meat section of my local Korean grocery store (the excellent Joong Boo Market ) with fellow food blogger Brian, from the Daily Ikura .  He was talking me through his favorite Korean dishes and ingredients, and I was loving it.  We were discussing uses of red bean paste, which ramen was worth its price, and whether some brands of soy sauce were really so good you could sip them.  Then I picked up a hunk of criminally underpriced brisket sitting in the meat case and my mind wandered.  I was suddenly at Katz's .  Warm memories of rye bread and mustard slathered over my thoughts.  I wanted this sandwich .

I don't think I've ever bought brisket before.  It doesn't make many appearances at regular grocery stores, and when I find it at local butchers, it's usually in 8 pound hunks.  This one was a little over two.  Hopefully it would still work.  I ran into a roadblock early on.  After consulting a few guides, I realized that couldn't make real pastrami because I didn't have a smoker.  Someday I'll get around to building it.  Anyway, I realized I'd have to settle for pastrami's simpler cousin, corned beef.  Which, come to think of it, really isn't much of a let down. Reuben sandwiches anyone?

I decided to follow Hugh Fearnley-Whittingstall's recipe from the River Cottage Meat Book .  I picked this recipe mainly because I fell in love with how haphazard the whole affair is.  Basically you dunk the brisket in a spice-laden brine for five days or so, rinse it off, and then cook it in a pot with a water and vegetables.  That's it.  That's corned beef.  There was no reason to get more scientific about it.  It's an old dish and it would be good.  This simple process would load me up with flavorful meat ready for the aforementioned sandwiches, hash, or whatever else one may use corned beef for. 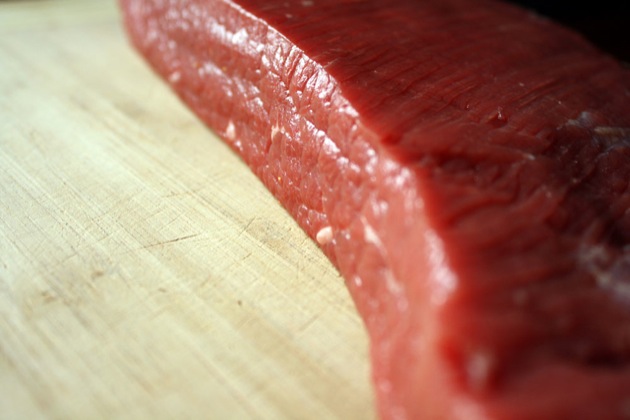 My only worry -- and it was a big one -- was that I had purchased the wrong kind of brisket for the job.  This hunk was bright red with hardly a speck of fat on him at all.  The picture in the Meat Book showcased a beautiful specimen with a huge layer of fat running through the middle.  Why didn't mine have any fat at all?

Though I love Hugh's approach, I needed some more concrete answers.  Eventually I ran across this incredible article from the Cleveland Plain Dealer , which asks local butchers their thoughts on corned beef.  I apparently ended up with a piece from the "flat" part of the brisket.  What I needed was a hunk from the "point", which has way more fat.  Well, maybe next time.  I decided to push ahead and see what would happen with this piece.

After I removed the meat from the brine and soaked it for a day in cold water, I got ready to cook it.  I tossed it in a pot with a lot of vegetables, covered with water, and brought it to a simmer.  Once again I faced the vague cooking instructions of Hugh.  He said to cook it until tender.  But what does that mean?  After 3 hours, my brisket was kind of tender, but should I keep going to make it even more tender?

For advice I went back to the article from the Cleveland Plain Dealer.  There one of the butchers recommends cooking it until the internal temperature is 165.  Well, that's easy.  I immediately removed my hunk because it was racing for the 170s.  Crap...did I overcook it?

Sure enough, the meat was a little too dry.  I didn't have any of the wonderful textures of a perfect sandwich from Katz's.  A number of things added to problem.  I certainly overcooked the corned beef and I didn't use the right section of the brisket.  Next time I'll know.

But you know what?  Even with all the mistakes, confusing cooking instructions, and not enough fat, I found the corned beef to be delicious.  I used it in preparations that added fat to the equation.  I made some sublime Reuben sandwiches , and an incredible version of Red Flannel Hash .  The meat had loads of favors from the brine, and a slight sweetness lent from the stock vegetables.  I got far more than I paid for.

Best part?  It's defintiely one of the easiest cooking projects I've ever done.  I can't wait to try this one again. 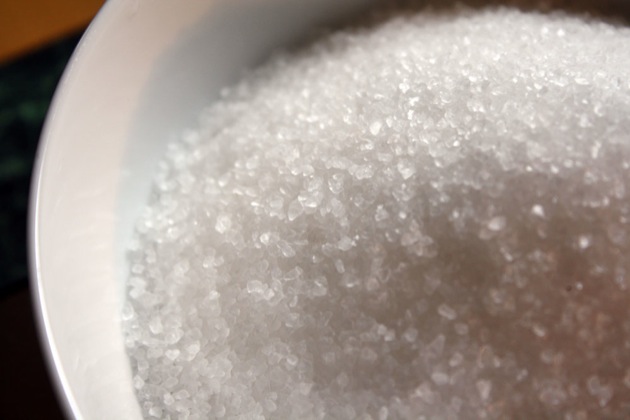 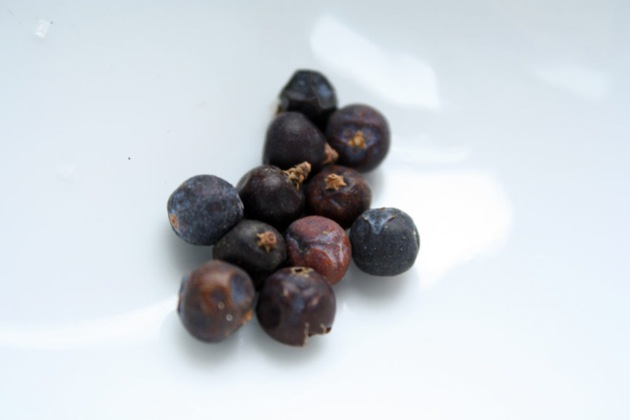 Pour the water into a large pot.  Add the rest of the ingredients. 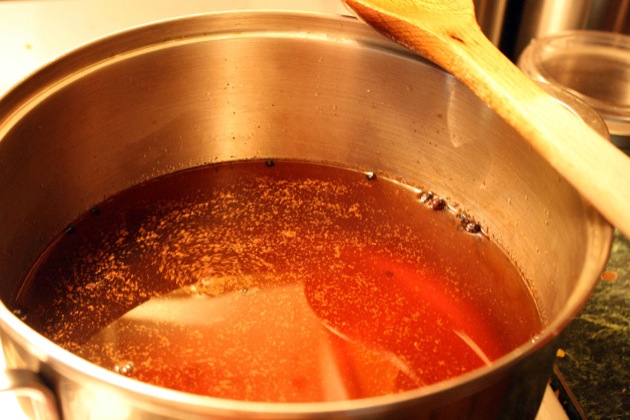 Turn the heat to medium-low and stir until the salt and sugar have dissolved.  Turn off the heat and set aside until room temperature. 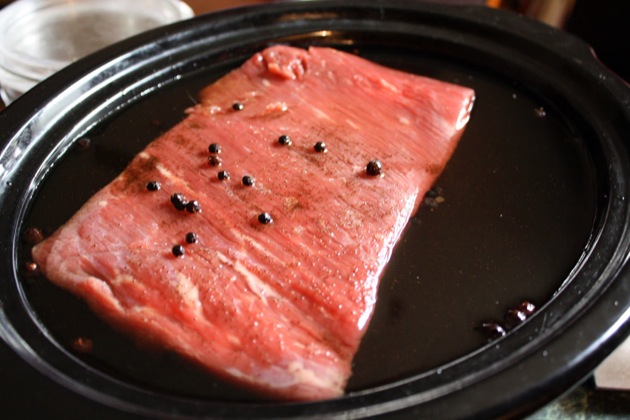 Place the meat into a large non-metallic container.  Pour the brine over the meat. 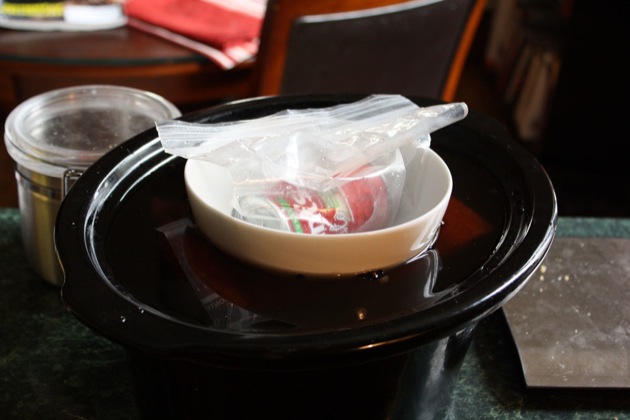 Weigh the meat down with something heavy like a piece of well wrapped wood, or a bowl with a baggie filled with tomato paste.  Set in the fridge and leave it be for 5 days.

Remove the meat and discard the brine.  Fill the container up with fresh water and toss the meat back in.   Stash it back in the fridge for about 24 hours. 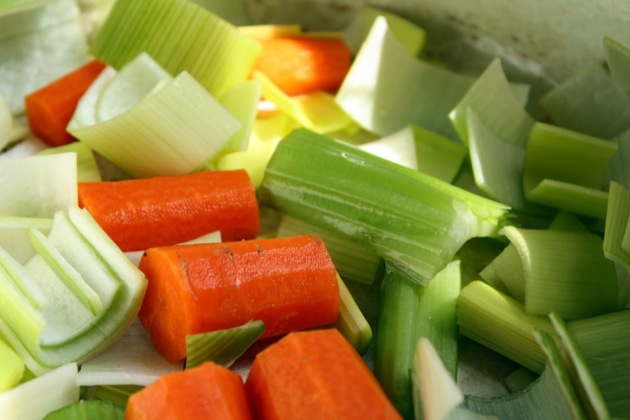 Toss the carrots, onions, celery, leeks, and garlic into a large pot. 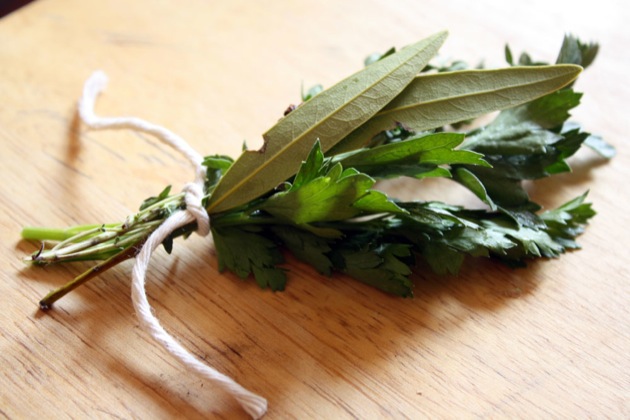 Tie the bay leaves, thyme, and parsley into a nice bouquet garni.  Toss it into the pot. 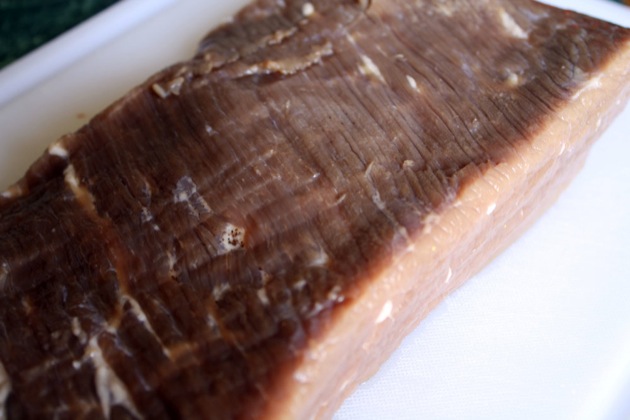 Add the meat and cover with cold water.  Bring water to a gentle simmer over medium heat, and then reduce the heat to medium-low.  Cook for 2 1/2 to 3 hours until the internal temperature reaches 165 degrees.