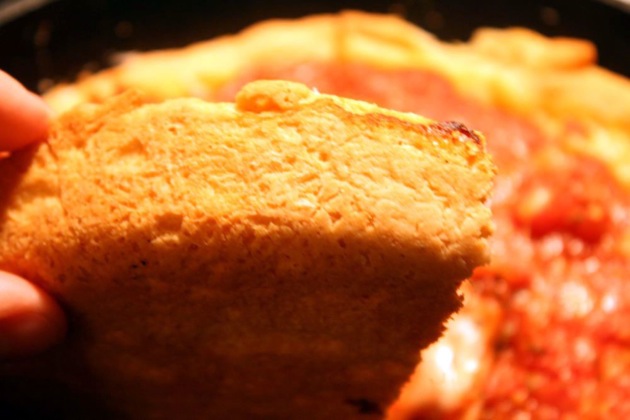 Or at least, that was my hunch.  I searched for a long time and finally settled on this recipe from pizzamaking.com.  Deep-dish dough is very different from its thin crust counterpart. The crust has a healthy dose of cornmeal, which gives it an interesting crunch and texture.  All the elements seemed to be here.  I tracked down some tomatoes, cheese, and even decided to add some spinach (an addition that has worked well in other deep-dishes I have had). 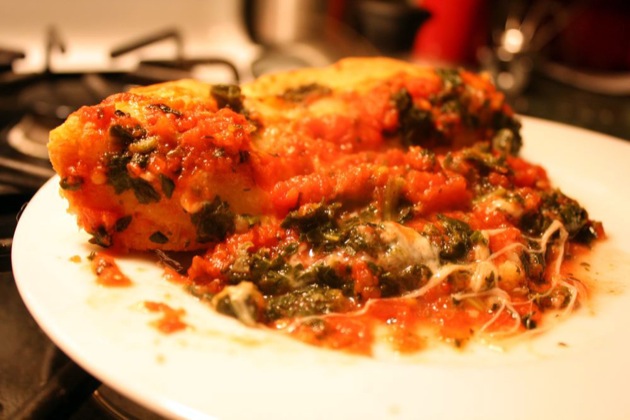 As you can see, I think I was a little too cocky.  Obviously, my first pie was wet. I probably put way too much sauce on and the middle of the crust gave out.  The flavor was decent, but nothing approaching Pequod's. 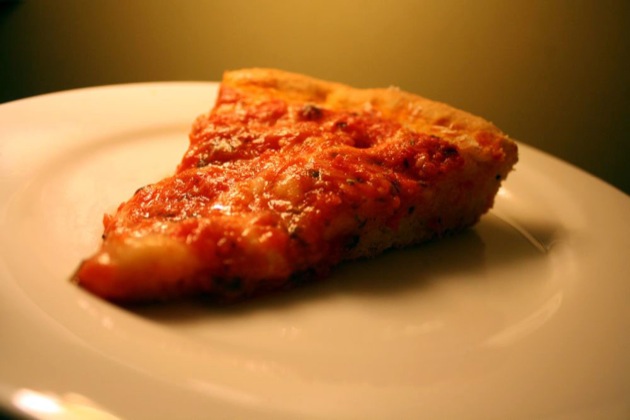 For my second pie, I used far less sauce and cheese, and removed the spinach all together.  It was much better.  The crust held up and the flavor was good.  But still, something was dearly missing.  For one thing, the crust was too blonde.  The best deep-dish pizzas tend to get some color on the crust from interacting with the pan.  Obviously I wasn't expecting Pequod's incredible crust because I didn't line the edges with cheese, but still.  I wanted some kind of color.

I plunged further into message boards and online articles.  Information started morphing into myth.  My head got cloudy and clogged.  I nearly gave up.  My problems were seemingly endless.

Perhaps I need one of those pizza pans , instead of my 10-inch iron skillet.  Everyone else was using them.  Or it could be the sauce. I just had a regular can of whole tomatoes. But I keep seeing the brand 6 in 1 mentioned.  Their flavor and texture might have been different.

Though I haven't seen many recipes showcasing this, it could be that I didn't parbake the crust. I actually saw this mentioned on Wikipedia .  That would certainly help the crust set up and not disintegrate when toppings were dumped on top.  Some people also recommended letting the crust have a slow rise in the refrigerator overnight instead of the relatively quick one I had on the counter.

But I'm convinced it's the ingredients of the crust. Even the pie with less ingredients tasted too dense.  I keep coming back to that flaky crust, one that is layered and strong. What honestly comes to mind is not pizza pie, but baking pie. During the searching I came across this brief mention in Chowhound where someone mentions that nearly every place uses shortening in the crust. It's sounds like the perfect next step.  Now, all I need is a recipe...

The recipe listed below is fine.  Especially if you go light on the sauce.  It's a good first try.  But I'm moving on. 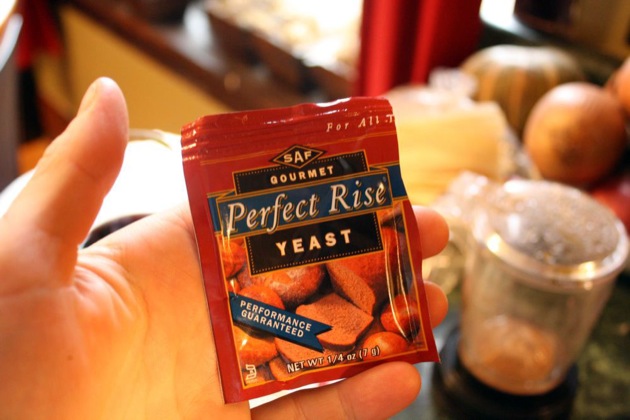 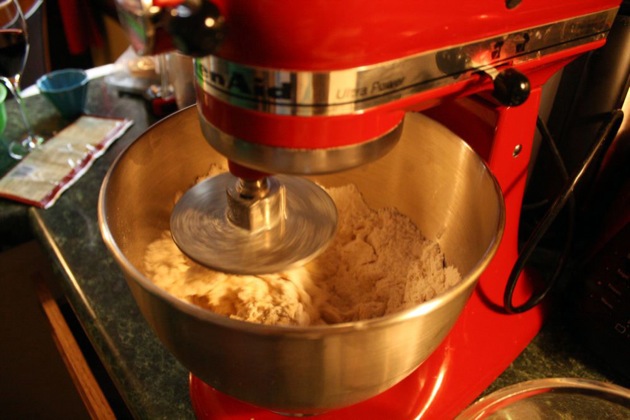 Toss the flour, water, cornmeal, sugar, salt, and yeast in a large mixing bowl.  Attach the dough hook to the Kitchen aid.  Mix on a low speed until roughly combined, about 2 minutes. 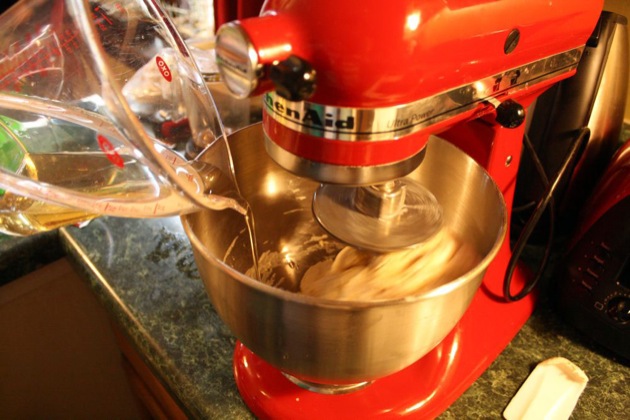 Slowly drip in the canola oil.  Mix for 7 more minutes until it is a a shiny ball.  If you don't have a Kitchen Aid, it's okay.  Just mix all the ingredients in a large bowl and mix the ingredients around with your hands.  Then knead the ball until it becomes shiny and smooth. 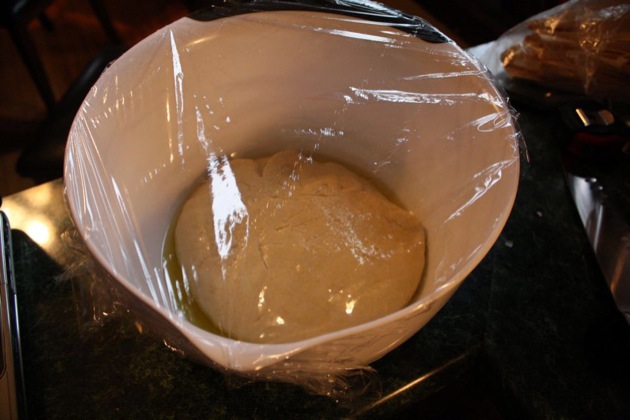 Pour a little bit of oil into a large bowl, and coat the sides and bottom.  Then dump in the ball of dough and cover with plastic.  Let sit on the counter for a few hours until it doubles in size. 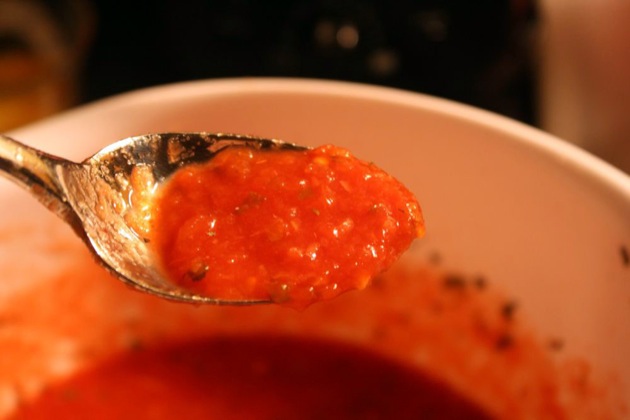 Meanwhile, mix together the tomatoes, herbs and cheese.  It's pretty easy. 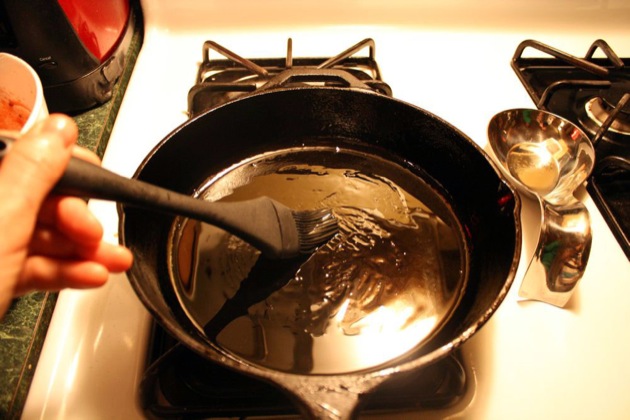 Brush an iron skillet or pizza pan with about a tablespoon of Canola oil. 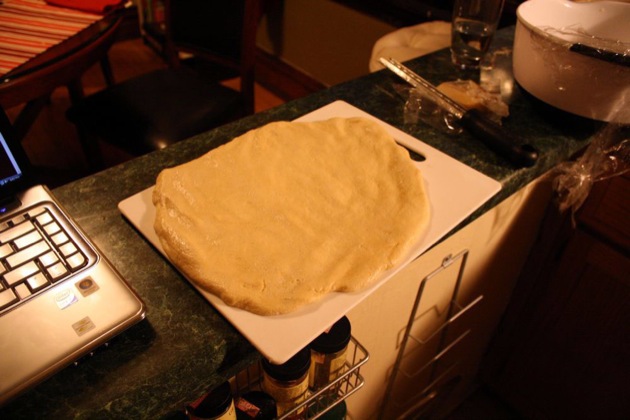 Remove the dough from the bowl and gently pat it down.  Form it roughly into the of the pan.  Unlike regular pizza, it doesn't need to be tossed around stretched.  It's good to go. 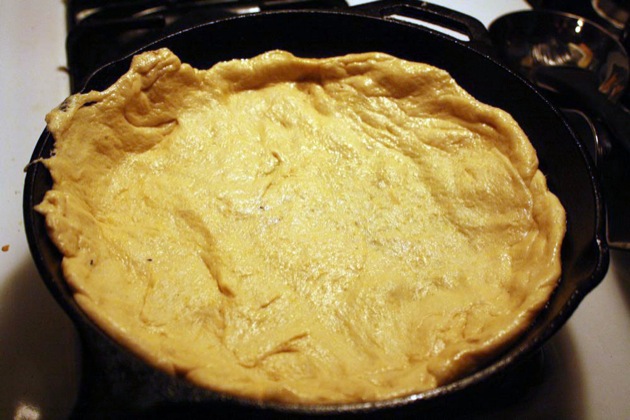 Drop it into the pan.  Crimp the edges around the sides. If any dough is sticking too far out, just remove it. 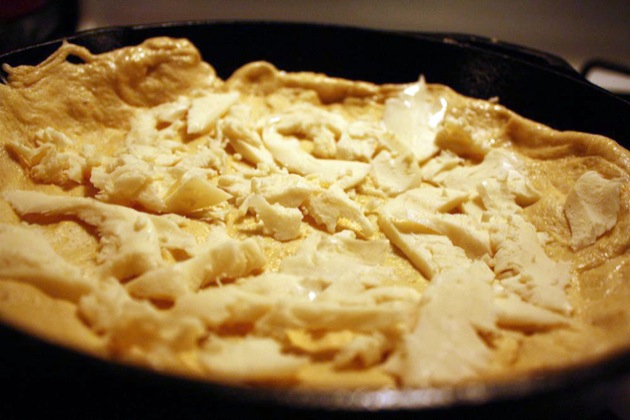 First spread a layer of cheese.  Don't be shy. 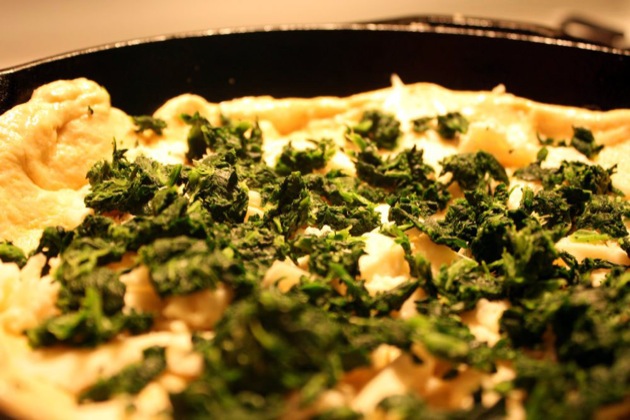 Spread any toppings on next.  I used spinach.  Though you could use some of my freshly made Italian sausage . 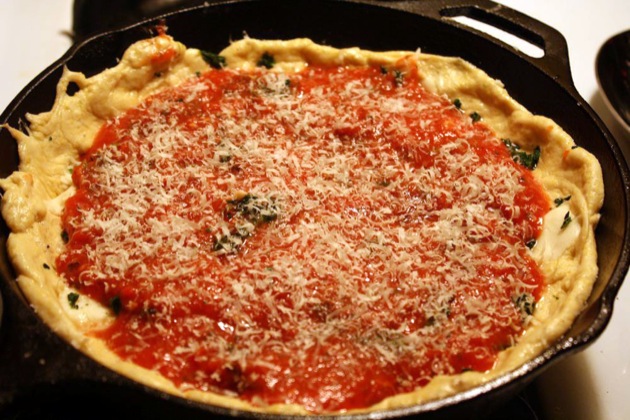 Ladle on some of the sauce, though I would use less than I did here.  Top with a sprinkling of Parmesan. 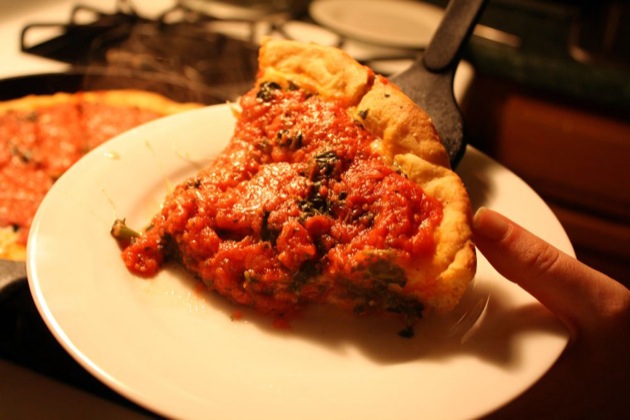 Place in a preheated oven set at 450 degrees.  Cook for 25 or minutes or until the edges start to brown.  Let it rest for at least 5 minutes before digging in.