Cooking Easter dinner with no oven. 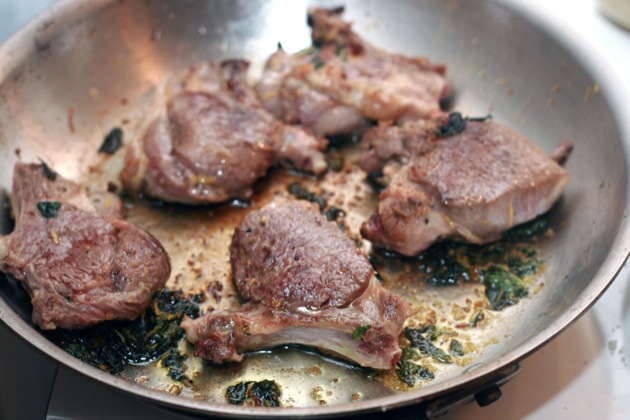 Easter dinner has always been a giant-baked-ham affair for me.  Glazed with a sticky concoction loaded to its saturation point with brown sugar and splashed with bourbon, studded with cloves, and baked until warm and tender--ah, it's hard to beat.

Living here in a country full of pork , I figured reproducing this wouldn't be too hard to pull off.  But two problems presented themselves: one, it's quite hard to find any sort of whole ham in Estonia that hasn't been heavily smoked, which wasn't at all what I had in mind.  And two, well, I don't have an oven at the moment.  The second problem was, to say the least, the one that really destroyed my Easter food fantasty.

And so we turned to lamb, an equally respectable Easter tradition.  Again, no oven, so a good roast leg was out of the question.  We'd thought about braising some lamb ribs until sticky and tender, or even a pair of lamb shanks. 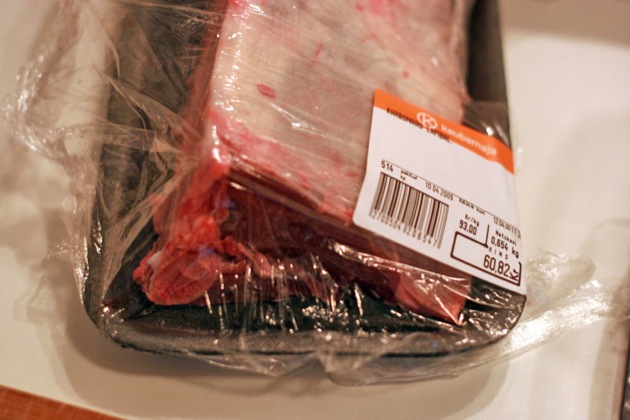 But when we arrived at the meat counter to buy what we needed, I noticed a shrink-wrapped piece of meat that was marked at 93 Estonian kroons per kilogram, or about $3.50/pound.  "Is that a rack of lamb chops?" I whispered to Elin.  But how could it be?  The $5 roast of 8 chops was the price anyone would pay for a single chop in the U.S.  We concealed our surprise, acting as if this was perfectly normal, and quickly bought the thing.

I still don't get it.  Maybe Estonians never cook lamb chops and nobody's interested?  Hard to say why this tender, flavorful part of the lamb had been summarily ignored and priced like it was a tough shank.  But it was to our benefit as I headed home with the wry smile that comes when you've pulled one over on the system.

Having hardly ever cooked lamb chops (due to their expense),  I set out to find a good recipe.  Then I tried to figure out how in the heck I was going to saw this roast into the individual chops for pan-searing, my only option in an oven-less apartment.

I wish I knew more about lamb cuts, but I can't decide where exactly this piece of meat came from on the animal.  But I'm sure it was a rack of either rib chops or loin chops.  Along the length of the roast was a long backbone, with 8 ribs connected to it and lots of tender meat between.  Slicing between the ribs was easy.  Then, once cuts had been made between each rib as far as I could go before reaching the backbone, I bent the backbone with my hands until it snapped between each rib.  It was a messy process, but with a little trimming and we had lamb chops ready for searing. Not the prettiest I've ever seen, but good enough for us. 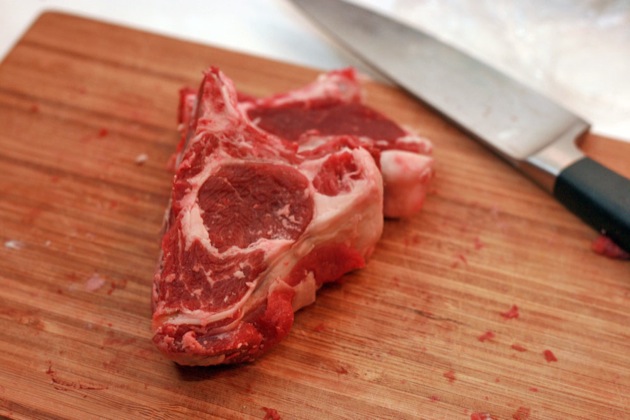 I turned to Nigel Slater for the recipe , as he's never done me wrong when it comes to lamb.  The chops are seasoned then cooked gently in olive oil that's been mixed with lemon zest and torn mint leaves; the lemon's juice is used after cooking to deglaze the pan and pick up all the lamby brown bits.  The flavors were great, but next time I'd leave the zest and mint out until the last couple minutes of cooking--I wanted to cook the lamb chops at high heat and with less oil, but neither of those things were possible for fear of burning the garnishes.

In the meantime, I set about planning how the heck to cook a nice Easter dinner with a two-burner electric stove.

First I boiled some small potatoes, and put a covered colander over the pot to steam some broccoli at the same time.  The broccolli was shocked in ice water to set its color once it was tender, then set aside.  It would later be sauteed briefly just before eating with sliced garlic and a shot of lemon juice.  The potatoes were destined to be mashed, but first I drained them and simmered some sliced shallots and thyme leaves in the milk for ten minutes, the steeping process infusing their flavors with the milk. 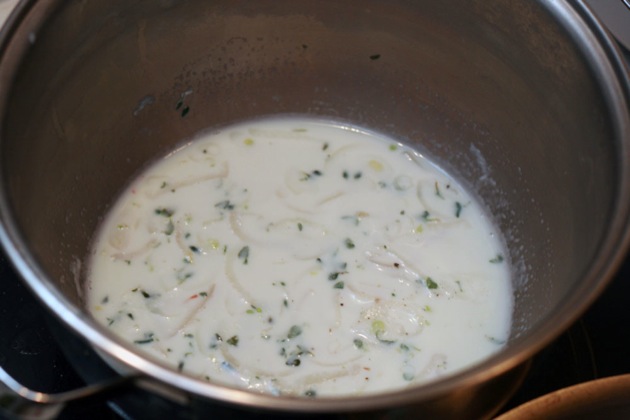 Then the potatoes went in with a good glob of butter and got mashed, heated through, and set aside for the moment.

Now I had both burners free, so I got a saute pan nice and hot for the lamb. 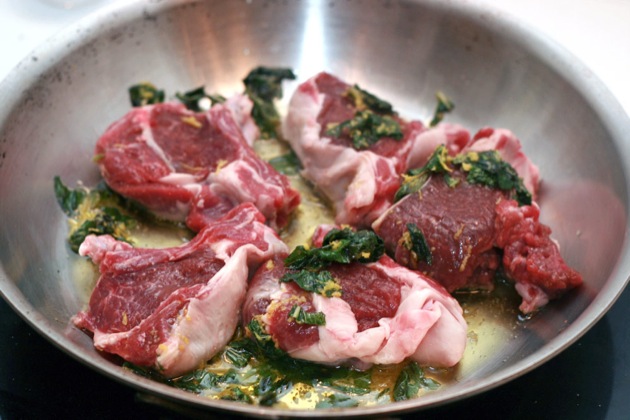 The chops cooked for 3 or 4 minutes per side, then were deglazed with the lemon juice and set aside to rest.  I returned the potatoes to one burner and sauteed the broccoli with its garlic and olive oil on the other. 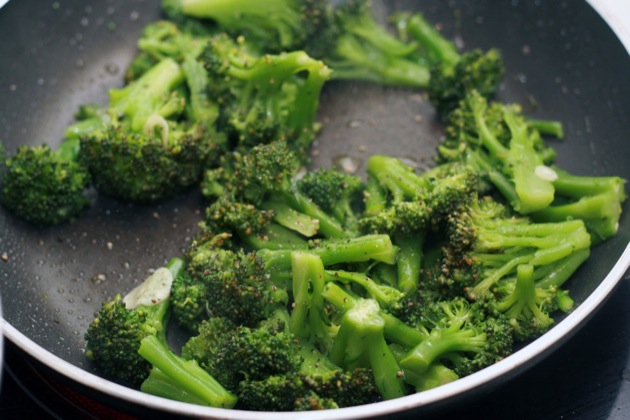 By the time the potatoes were warm and the broccoli cooked, the lamb had done its proper resting. 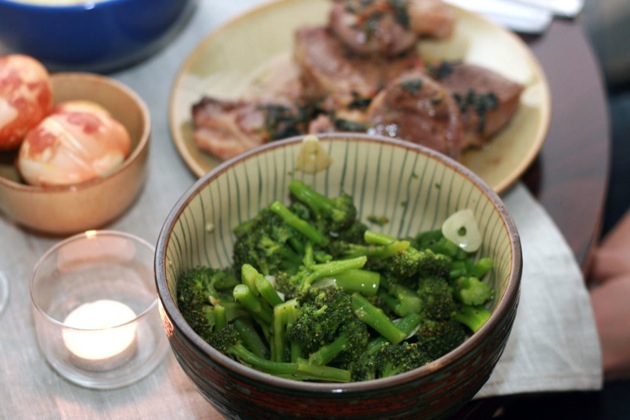 And then we feasted.