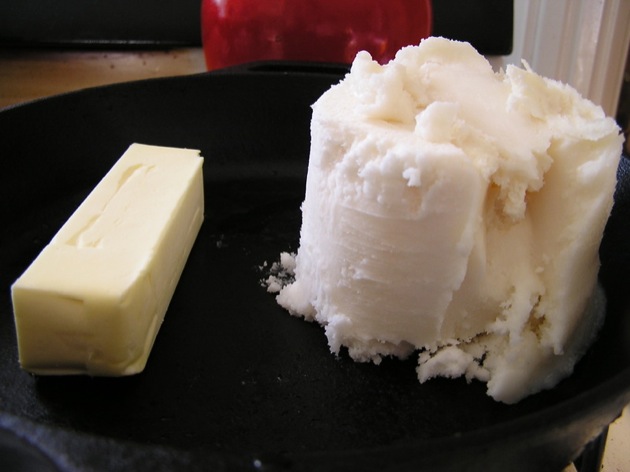 In the midst of deep frying chicken last week I dreamt of Loretta Lynn .  This happens only occasionally, and usually is musical in nature, but this time I had an image of her pan frying chicken in a large iron skillet.  Sure enough, I found some rather hilarious commercials of her pawning Crisco on YouTube .  How wonderful, I thought, that the amazing country singer never had to worry about dealing with large quantities of scorching hot oil.  She pan fried her chicken in a large iron skillet.  This method would have to be cheaper, and might produce more authentic results.  Well, not the Crisco, but the method.

I got even more excited by the comments left on my fried chicken post .  Not only did I get some wonderful, thoughtful responses, but many pointed me towards the same recipe that pan fried the chicken.  For some reason, they kept talking about this lady named Edna Lewis.  I wrote:  “That's it. I'm trying the Edna Lewis recipe. I'll report back shortly.”  So, here I am.

Who is Edna Lewis ?  I didn’t realize it at the time, but the she was one of the most respected Southern cookbook authors of her time.  She is a beacon of fried chicken perfection.  That might explain why I didn’t think twice about the insanely long method and all that fat.  She advocates a soak in a brine and then then another soak in buttermilk.  Then she fries it all in a pound of lard and a stick of butter.  I’ll return to that last bit later. 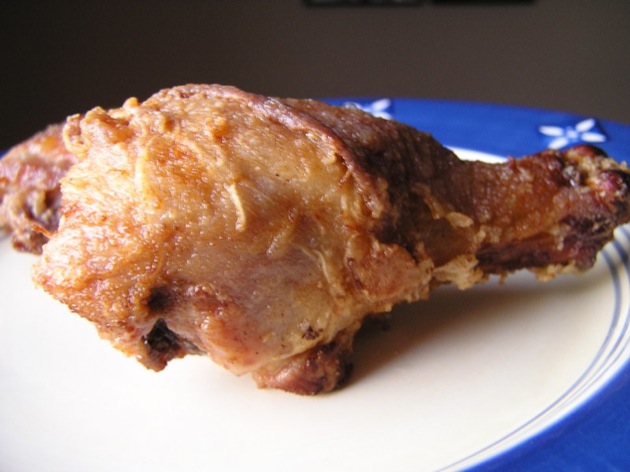 First, the good bits.  The combination of the brine and buttermilk soak produces inspired and insanely delicious meat.  I really can’t compare this to the previous recipe.  This was by far the most intensely flavored chicken I’ve ever had and that includes every single roast chicken I’ve ever made in my entire life.  But I will probably never make this recipe again.

I could blame the pound of lard, but all I really taste is the butter.  That stick of butter infused every ounce of the chicken skin, making it flavorful, and also mind bogglingly fatty.  And unlike my Tyler Florence inspired dish , this version got even more greasy as it cooled.

I did, perhaps, do a few things to screw with the formula.  I refused to add country ham to my oil, because it’s expensive and difficult to find.  So instead of letting the oil warm up slowly for 30 minutes skimming out all the foam thrown off by the butter, I took half the time.  I did skim, but probably not enough.

But I think the bigger problem was the skin.  Tyler’s doubling-dredging method produced a thick-skinned wonder.  And it also had the hot peanut oil that made that skin extra crispy.  I liked that.

Next time I’d probably incorporate both techniques to create a perfect dish.  The brine and buttermilk soak is a must.  I’ve never had chicken meat this juicy and well seasoned.  Every bite was perfect.  But I really did miss the ultra-crispy skin that the double-dredging and deep frying with the peanut oil lent.  It probably doesn’t add as much flavor as lard and butter do, but it’s a better contrast.

This realization is kind of disappointing in a way, because this all means I prefer the most incredibly difficult AND most expensive method of making fried chicken.  Buying a huge jug of peanut oil is more costly than lard, and deep frying is a much scarier business than pan-frying.  Also, the double dip of brine and buttermilk means I have to start this process a complete 24 hours before I’m ready to eat.  Go figure.

I suppose this is a blessing in disguise.  One should probably only have fried chicken on occasion, and this incredibly difficult process means that I won’t be making it any time soon.  But when I do, I’m really going to savor it.

Adapted from the Gift of Southern Cooking .  The full recipe appeared in here . 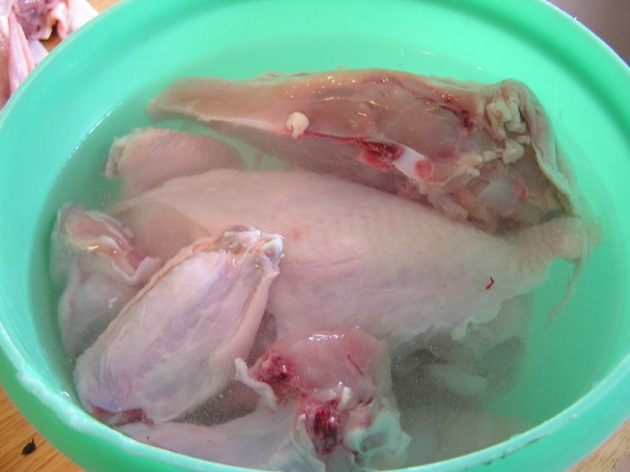 In a large bowl, pour in the quart of water and sprinkle in the 1/4 cup of salt.  Stir until combined.  Then toss in the chicken pieces.  Cover and stash in the fridge for 8-12 hours.

Remove the chicken from the bowl, pour out the brine, and rinse out the large bowl.  Return the chicken to the bowl and pour all the buttermilk on top.  Cover and refrigerate for another 8-12 hours.

Remove the chicken from the buttermilk and drain on a wire rack.  Wipe off any excess buttermilk. 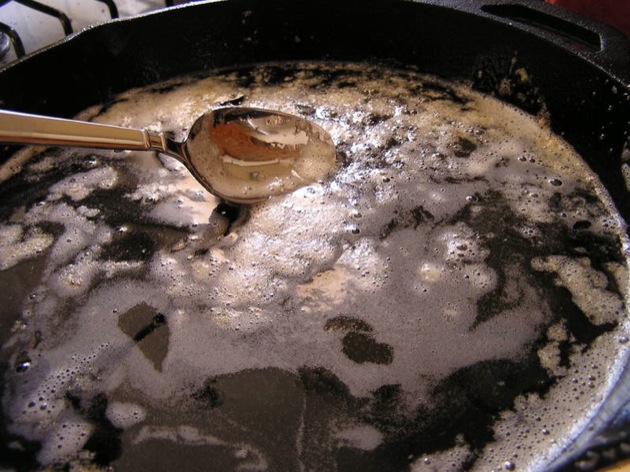 In a large iron skillet, melt the butter and lard over medium heat.  Skim off any residue given off by the butter.  Bring the temperature of the oil to 335 degrees.

Mix together the flour, cornstarch, 1 tablespoon of salt, and the 1/2 tablespoon of black pepper.  Dredge each piece of chicken in the mixture, shaking off the excess. 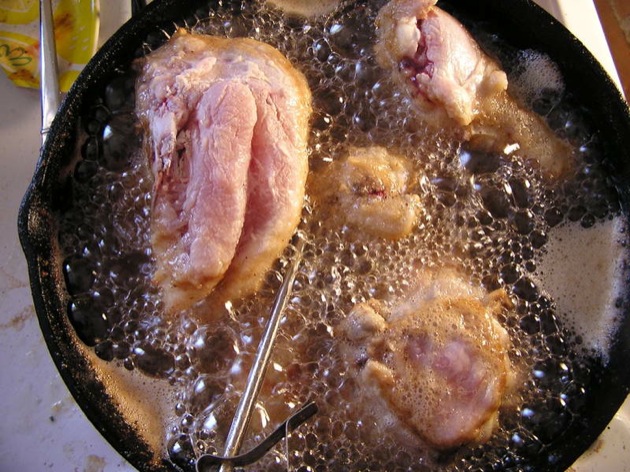 Cook 2-3 pieces of the chicken in the oil for 8-10 minutes a side.  Some of the small pieces, like the two pieces of wing, will probably only need a total of about 10 minutes.  But I’d check with a thermometer to make sure. 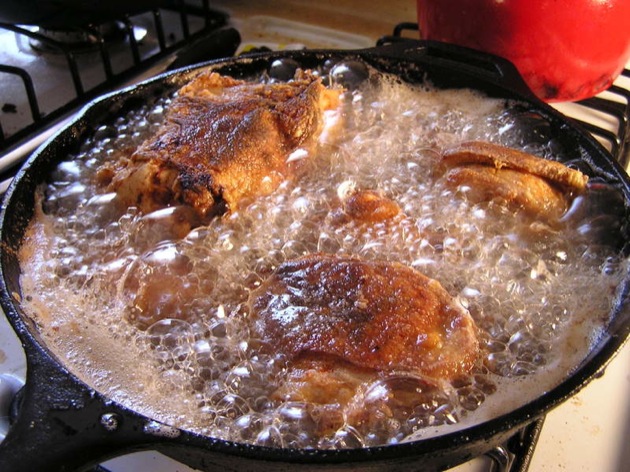 Remove the pieces and drain on an wire rack. 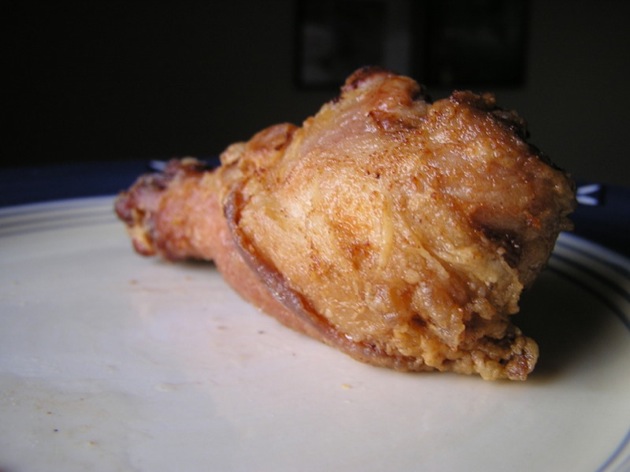