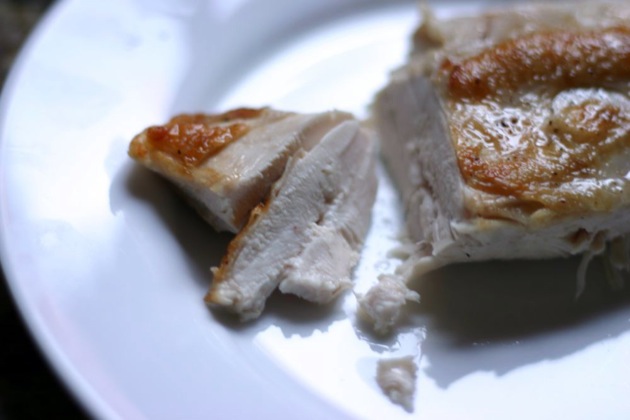 In my opinion, the best chicken is chicken sous-vide. Each bite is tender and succulent in a way I never thought chicken could possibly be. It's kind of changed everything for me. Even the appearance of the meat is different, instead of stringy and tough, a fork can simply cut through the meat. It's enough to make anyone convert.

So for the past few weeks I've been proselytizing about the powers of sous-vide, a process where you vacuum-seal food (that's where it gets its name, as sous-vide French for "under vacuum") in a plastic bag and cook it at a very specific temperature in water. The temperature should idealy be the exact temperature you want the food to be when it is done. The result is a piece of meat that has retained the maximum amount of its juices, while still being done. It's an astonishing technique, but all my rambling has done miraculously little to convince anyone. Trying to explain what sous-vide is and can do to someone who has never tasted the results is a losing proposition. Either it elicits complete incomprehension and glazed eyes ("food cooked in a plastic bag?") or straight contempt hidden as back-to-basics food evangalism ("I actually prefer cooking the old fashioned way, thank you very much."), even if he or she has never tasted the results. Well, let me try again.... 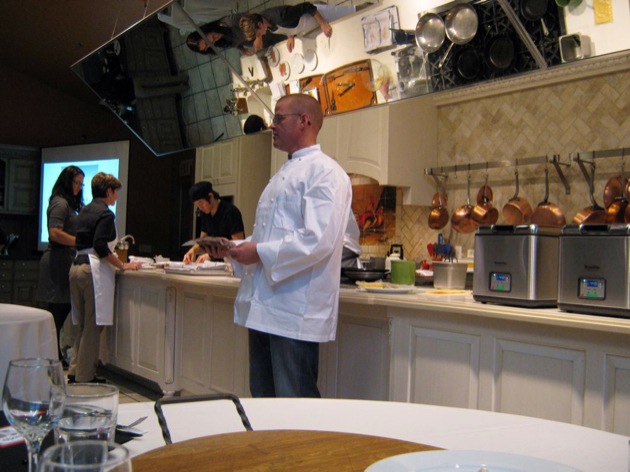 I first sampled this chicken a few weeks ago. SousVide Supreme was having an event in Chicago where world famous chef Heston Blumenthal cooked an array of proteins and vegetables using the new product. Vacuum-sealing food is easy, but finding an accurate way of cooking it in water is not. Expensive restaurants use thermal immersion circulators that can cost well over a thousand dollars, and also look more like something a Mad Sciencetist would use to cook dinner. 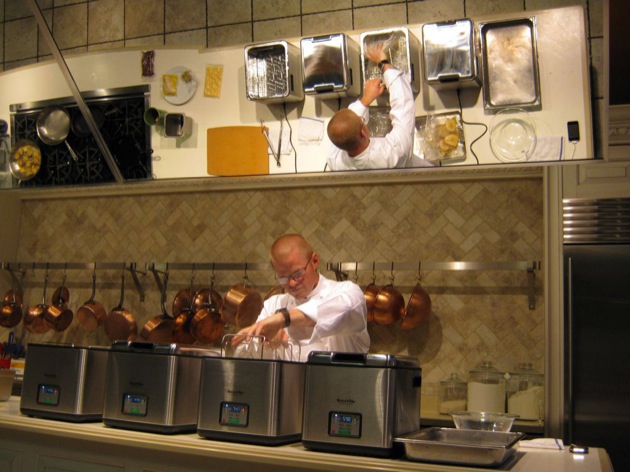 As advertised, the SousVide Supreme is the first machine built specifically for home use. It certainly looks better. It is sleek and gray and about the size of a bread maker. It's also relatively more affordable, (introductory price of $399). Though it's much smaller than a restaurant unit, Heston claimed it was just as accurate as the more expenisve machines. He seemed smitten. He talked empahtically about how this machine would change home cooking, and that it was the most important kitchen innovation in the last thirty years. 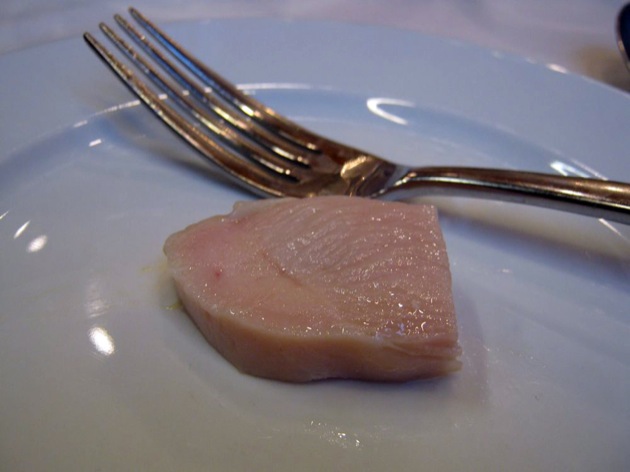 To say the food that came out of the machine tasted good, is something of an understatement. I ate flawless scrambled eggs that had the texture of a fine custard, a steak that was perfectly medium-rare from edge to edge, and a few bites of the tenderest, juiciest, most perfectly cooked chicken I'd ever witnessed.

I dreamt of that chicken for weeks. See, I've done a lot of crazy experiments with chicken over the years on this site. To date, I've roasted a chicken using roughly 10 different methods, all in the search of that elusive perfect bird. That's included all kinds of combinations of low heat , medium heat , extreme heat , and even one where I cooked it in a crockpot for six hours . All of these experiments were done in the hope of creating a bird that was moist and delicious with gloriously browned skin. But here was my answer. Or at least I thought.

As the event went on I sat back and smiled, happy from the food, and pleased to listen to one of the most acclaimed chefs on the planet talk about this new gadget. My only question was whether it was the man or the machine. Obviously the machine had a hand in what happened, but I had also just tasted food served by Heston Blumenthal. Of course it would be delicious.

After the event I requested a demo unit of the SousVide Supreme to see if I could replicate the results at home. 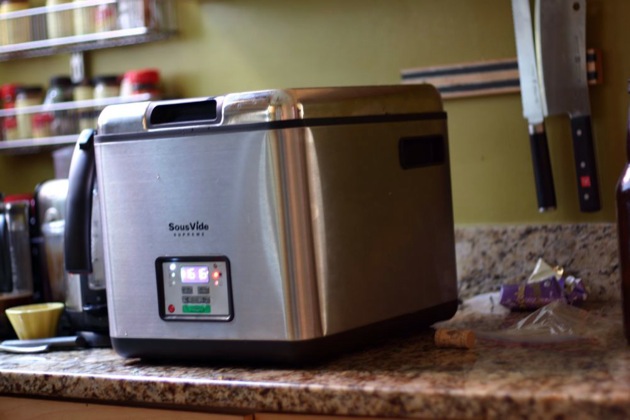 The box arrived in the mail a few weeks later along with a little Reynolds Handi Vac and plastic bags. I only had 9 days to experiment before I had to send it back, so my first experiment had to be chicken. I looked in vein for a true sous-vide chicken recipe, but it was really hard to find. Finally, I just decided to follow the recipe given in the instruction manual. It said to cook a chicken breast at 146 degrees for 1 to 2 hours. 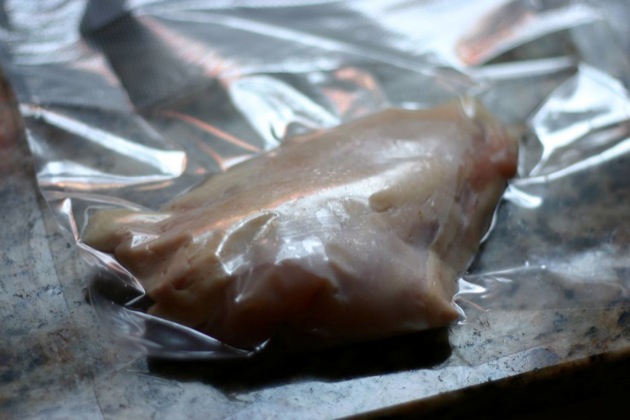 I bought a bone-less, skin-on chicken breast and vacuum-sealed it. Then I filled the machine with water, set the temperature to the suggested 146 degrees, and when water was ready, I dropped the bag in. I decided to wait the full two hours, for my first experiment I wanted to make sure it was cooked. Like cooking something in a slow cooker, there is nothing to do. I watched TV, cleaned up a little, and took a nap. 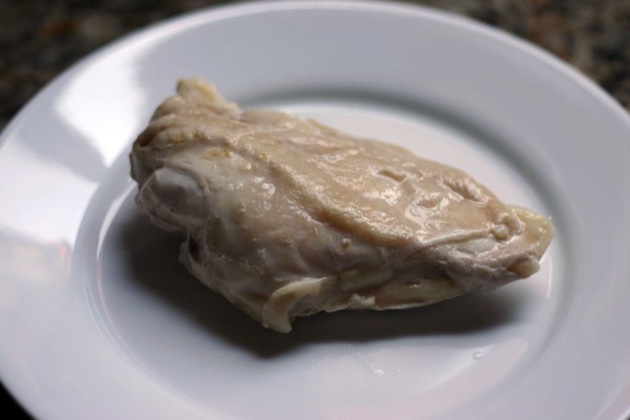 When I unsealed the bag and placed the chicken on a plate, it looked like one of the most unappealing sights you can imagine. Pale chicken, jellied around its edges, and with a texture that felt like it was still raw. But a temperature probe confirmed that it was done and a small cut proved that the flesh was perfectly white throughout. 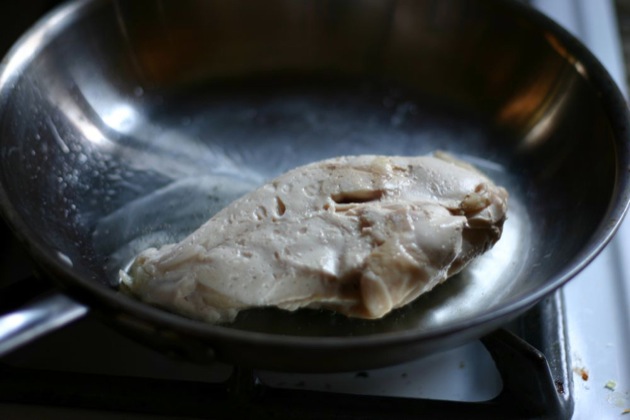 One of the issues with cooking something sous-vide is that you can never brown food. To do so, you have to sear it afterwards in a skillet. So I dried off the breast with some paper towels, seasoned it with salt and pepper, and then sautéed it in a little oil just to color the skin. 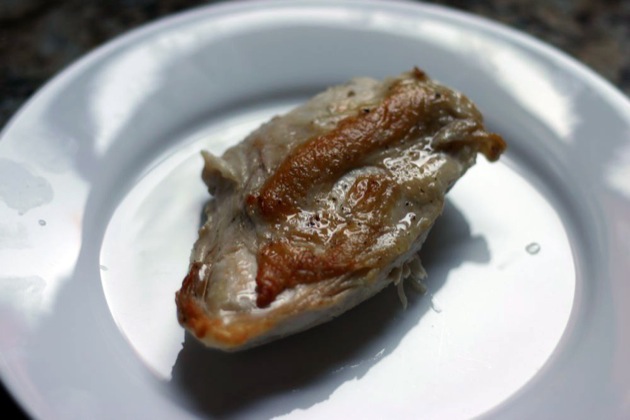 I didn't quite get the even browning I was looking for, and the flesh wasn't quite as fork tender as the one I sampled at the event, but that was just a bit of nitpicking. After just one try with the machine, I was eating the best bites of chicken I'd ever cooked for myself. It is astonishing, espeically so when you consider how simple it is to use. I didn't do anything to the chicken. I didn't brine it or stuff it full of butter. I didn't even season it with salt before I put it in the bag. All I did was sprinkle with salt and pepper before I sauteed it. That's it. 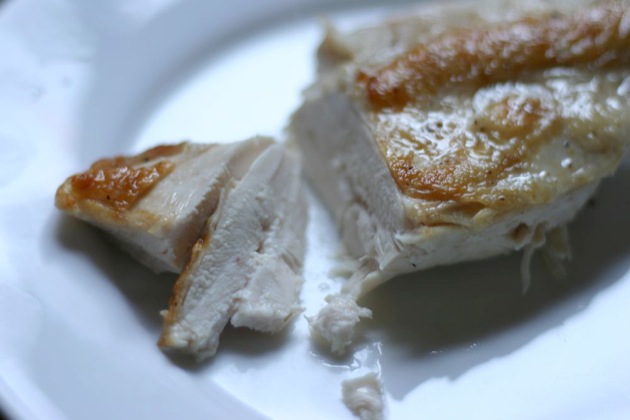 I figure the cooking temperatures presented in the booklet that comes with the machine are higher than those that Heston used. And looking around, I've found temperatures that hover much closer to 140 degrees than the 146 that I used. That may help. I'm off to try a few more experiments before my time with the SousVide Supreme is done.

(Full Disclosure: I recieved a free test unit from SousVide Supreme, which I'll regrettably to have send back soon. I didn't receive any money for the review.)