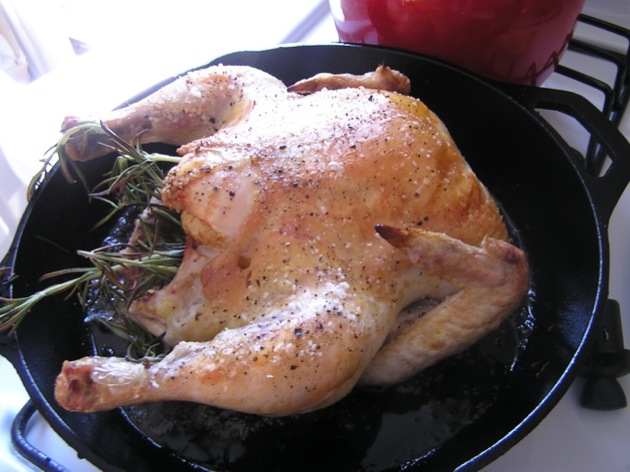 I’m not sure why I never thought of this technique before.  The biggest problem I have with most of the chickens I roast is that the white and dark meat are done at different times.  It’s the great paradox of whole roasted chickens: they should probably be roasted separately.  To get the dark meat done I usually have to dry out the white, or dig into a wing when I know it probably should have another 10 minutes in the oven.  It’s a problem.

But an iron-skillet roasted chicken makes sense.  The dark meat takes the longest to cook, so Mark Bittman places the chicken atop a heated iron skillet before it goes into the oven.  The dark meat gets more direct heat.  The white meat and the dark meat are done roughly at the same time.  Not only that, but it’s done much quicker than any other roast chicken recipe I’ve tried.  Honestly, it was done in 30 minutes.

Was it the best roasted chicken I’d ever had?

Of course not.  Compared to some of the intense prepping I’ve done previously, this one is basic.  I’d mess with the seasonings more next time.  I’ve had better skin and more flavorful meat , but never this easily.  As far as a get-it-on-the-table meal, I’m not sure if this Fastest Roast Chicken recipe can be beat.  I even think it even had better texture than some of the high heat methods , though the flavor wasn’t as intense.  It’s just another fantastic roasted chicken.  I’ll try something a little different next time.

All gratitude need to be directed towards Mark Bittman , who continues to impress me. 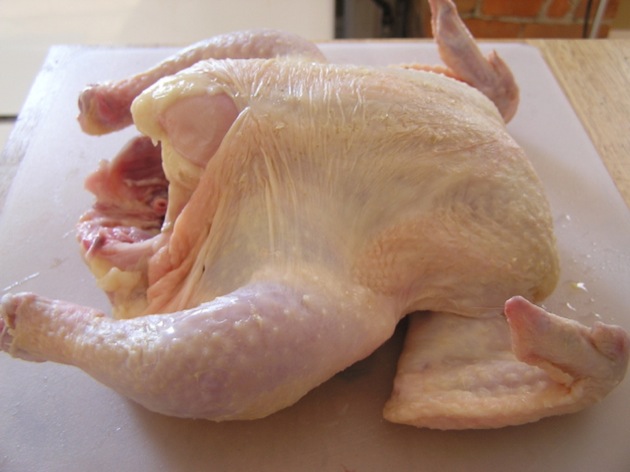 Preheat the oven to 450 degrees.  When it’s about ready, set an iron skillet on a burner over hight heat for about 5 minutes. 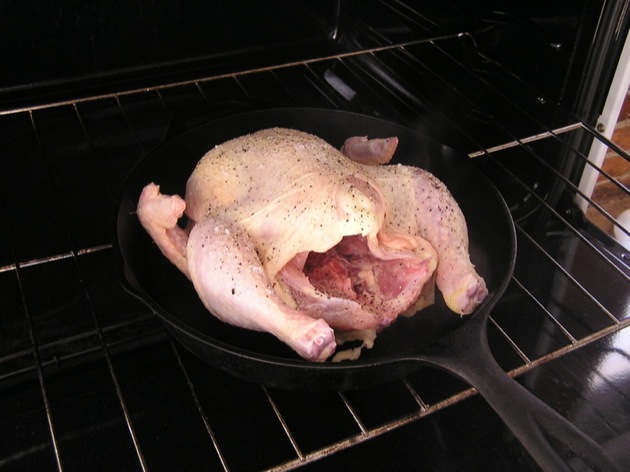 Rub the chicken with salt and pepper.  Plop the chicken on the iron skillet, breast side up.  Immediately move to the oven.  Set the timer for 30 minutes.  After 20 minutes add some rosemary into the cavity of the bird. 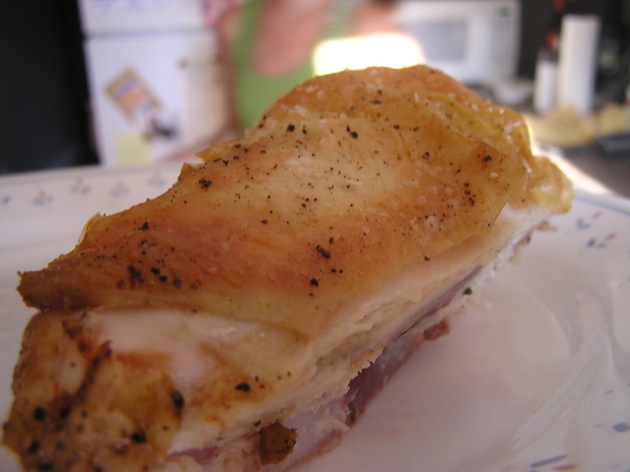 When ready, remove the chicken and let sit for five minutes.  Carve up.  Dish out.