How to make Chicago's favorite condiment.

Most of the recipes online are found on generic websites and just have a bunch of cut up vegetables mixed with olive oil, which I already knew was completely wrong.  There needed to be some kind of acidic kick, something to balance the aggressive heat and the fair amount of oil.

I had my first breakthrough when I found this random video from the Food Network show "Unwrapped".  They were visiting a giardiniera factory , and it just happened to be the same company that I had fallen in love with before.  Instead of just a bunch of cut up vegetables, they used pickled serranos for their mix, something I found fascinating.  So that's where that acidic bite comes from.  Unfortunately the process took nearly 8 weeks before mixing it with the other vegetables.  It sounded about right, but I just didn't have the time to wait 8 weeks.  I need giardiniera now.

Finally I came across this recipe from the Chicago Tribune .  It brined the vegetables for a day and then stuffed them in a jar with oil and vinegar.  That seemed like a good short cut.  And the hefty dose of vinegar looked like it could solve a lot of my issues.

My only issue with the recipe was that it might have been a little too nice.  I knew that most of the giardiniera used in Italian beef stands didn't use olive oil or apple cider vinegar.  They would never spring for such luxury ingredients!  So I made two versions, one substituting those ingredients for the cheaper and more neutral Canola oil and white vinegar.

The olive oil and cider vinegar version was too distracting.  I preferred the clean sharp version of the white vinegar and Canola oil, probably the first time I've ever said that about a food.  It's a better condiment.  Next time I'll probably make it spicier and use more celery, and take out some of the red bell pepper.  I'm also wondering if I could just throw some already pickled serranos into the mix.  But that's for next time.  For now I have jars of vegetables that I've been tossing on everything I can find.  Eggs, bread, pasta...it could go on. 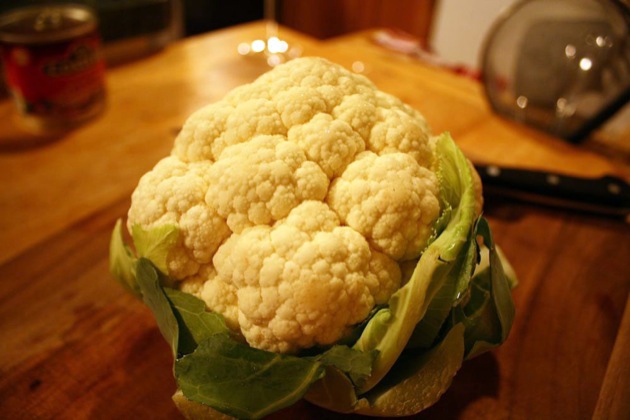 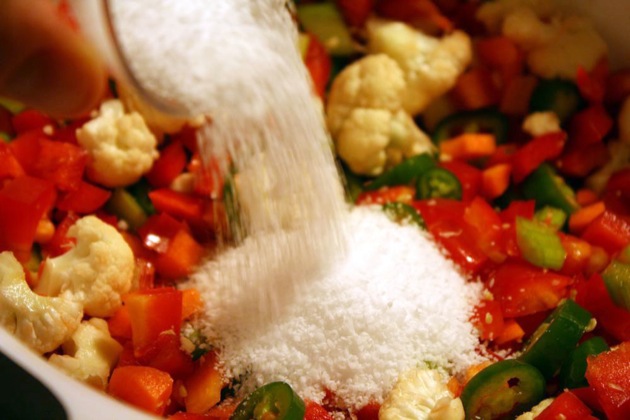 Dump the serranos, red bell peppers, celery, carrot, and cauliflower into a large bowl.  Sprinkle on the salt and mix until well combined. 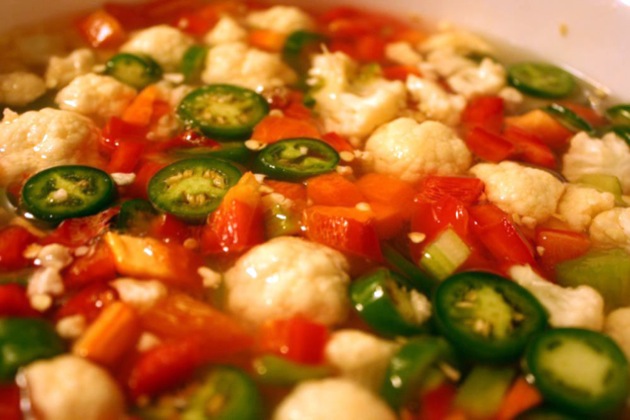 Pour in the enough water to cover the vegetables.  Cover with plastic wrap and refrigerate for at least 12 hours.

Drain the water and then rinse the vegetables under cold water to remove some of the excess salt. 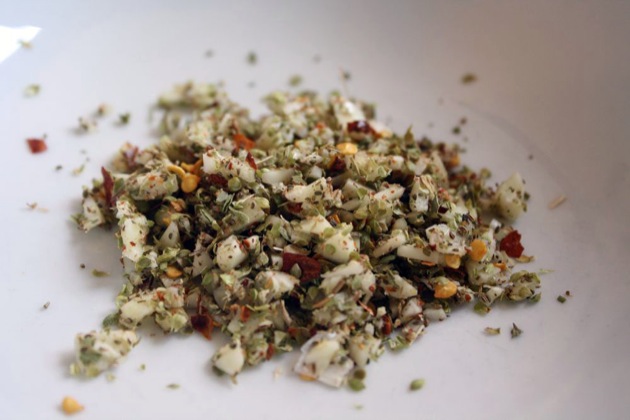 In a small bowl combine the garlic, oregano, red pepper flakes, celery seeds and a pinch of black pepper. 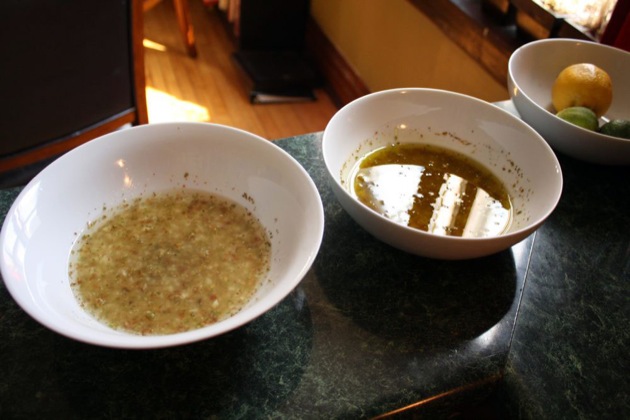 Add the vinegar to the bowl and stir until combined.  Then slowly whisk in the oil. 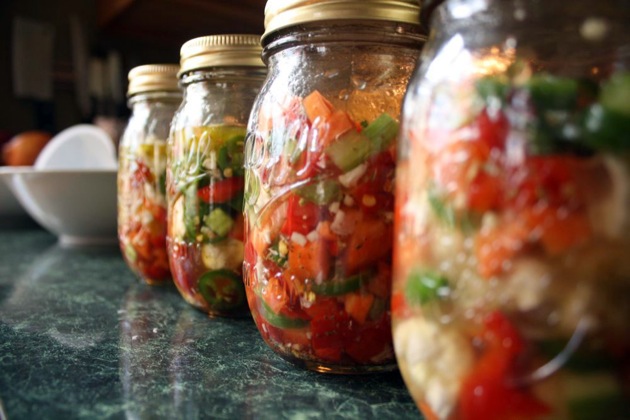 Dump the vegetables into some jars and top with the oil and vinegar mixture.  Cover and refrigerate for at least 48 hours.  They will last for at least 2-3 weeks.