What we did with an unwanted bottle of vodka 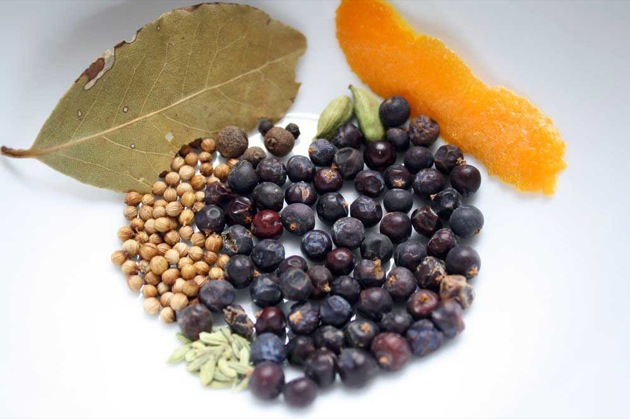 I cannot be fooled. If a bartender accidentally swaps vodka for some gin in my drink, I can tell. I'm not trying to be difficult, but I will send it back. Why?

Because I hate vodka. Hate hate hate hate it. I hate the way it smells, and how it makes me feel. While I can talk your ear off about every other spirit you throw at me (Gin, Rum, Tequila, and especially Bourbon), I don't really have anything nice to say about that clear tasteless spirit. So when I was left with an unwanted bottle of vodka after hosting a party, I decided to see how I could transform it into something else. Hopefully I wouldn't have to pour it down the drain.

I related this dilemma to Michael Nagrant , Chicago food writer extraordinaire, he immediately told me to make gin. I laughed. I mean, can you even make homemade gin? I'd never heard of doing this outside of Prohibition, and most of those examples involved bath tabs and horrible, horrible liquor that was affectionately compared to rubbing alcohol. 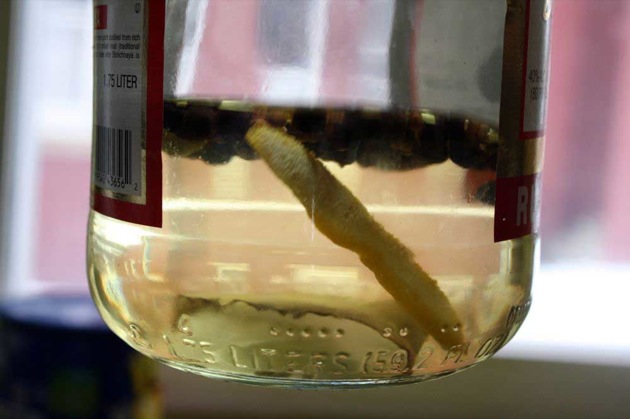 But what he was calling for was an infused spirit, one that used the familiar flavorings of gin (mostly juniper, but also coriander, fennel, cardamom, black pepper, and allspice among others). Essentially I'd be creating what I think is called a compound gin . It would be cloudy instead of clear, but it would hopefully taste the same. Nagrant explained that gin is essentially just a flavored vodka, a statement I'd definitely heard before but never really thought I could put into practical use. Still, I was skeptical.

There is no doubt that most top quality gins are not compound gins. They are infused and then distilled. No matter what I did, I'd never be able to set that up at home. I may make my own hard cider in my spare time, but distilling is utterly complicated and thankfully illegal at home. Anyway, most of the really average gins are compound gins to begin with. So this is essentially a technique to turn a cheap bottle of vodka into a pretty respectable gin.

I'd never reach the level of Plymouth, Junipero, or Hendricks. But I might just beat that bottle of gin you bought off the bottom of the shelf for 8 bucks. 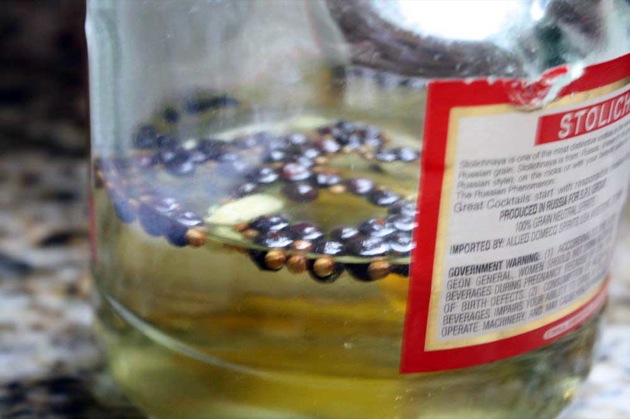 The infusion step is easy. Just stuff your bottle with the recommended botanicals, and let it sit for a day or two. Juniper must be involved, or it simply isn 't a gin. But the rest of the flavorings can come down to personal taste. For help I used this recipe from Gourmet , this forum from eGullet , and some info that Michael Nagrant passed on to me. You can let it sit for longer if you'd like, or less if just want it to be really clean. I found overnight to be a decent amount of time, though next time I might try a longer soak.

For my first try, I infused some vodka with a basic blend of botanicals for about 12 hours and it came out tasting and smelling a lot like bad gin. You know the kind. It's whatever the house gin is at your local dive that they use for cheap gin and tonics. It sort of does the job, and tastes faintly of gin, but there is also those notes of discord and anger that pipe through. It was kind of impressed that I got this far, but I wanted to have something I could actually be proud of serving. That's where the Brita filter comes in . 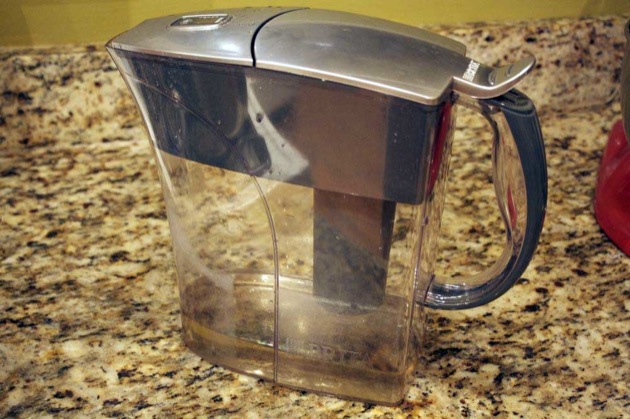 This is an old college frat trick that some people are dubious about. It doesn't make horrible vodka taste like the most expensive vodka. Nor is it particularly cheap. A Brita filter costs at least $6, and I'm positive that spending that extra 6 bucks on the actual liquor would do far more good than the filter. But filtering does do something. The liquor comes out cleaner and less harsh, which I count as positive attributes. 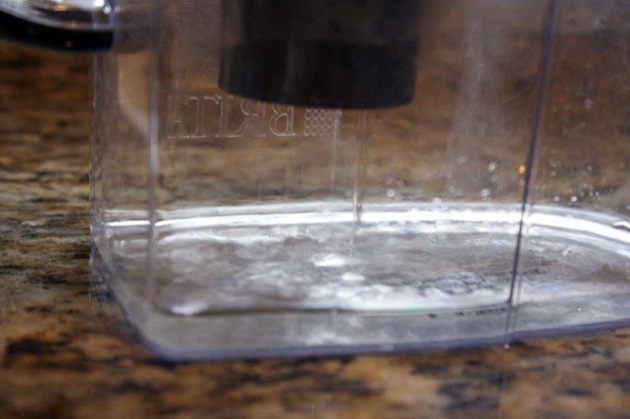 I ran my bad compound gin through the Brita filter, and it helped tremendously with the aggressive harsh note, but it also stripped away some of the gin backbone. By the second run through the filter, it had mellowed considerably but had lost nearly all of its gin characteristics.

For this reason, I'd suggest filtering the vodka first and then infusing it. This way you can hold on to that juniper taste and never let go. Plus, if the infusion is too strong, because maybe you left it hanging out for a few days instead of one, you can theoretically filter it until it is milder. 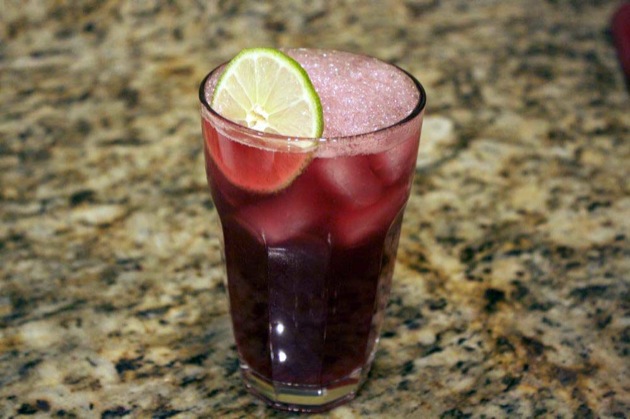 The odd thing about gin is that most people don't drink it straight, unless you're having one of those Winston Churchill martinis . It's a mixing liquor, and so I tried it out in three different drinks: a Martini, a Tom Collins, and a gin and cranberry with lime. Though none tasted quite as good as similar ones with Junipero, there was no doubt that what I was drinking was gin. They were honestly better than some of the drinks I've had at local bars, too.

This is still a work in progress. But I suppose the highest compliment to say is that I'm already conspiring to purchase another bottle of vodka to try again, which I never thought I'd ever do. 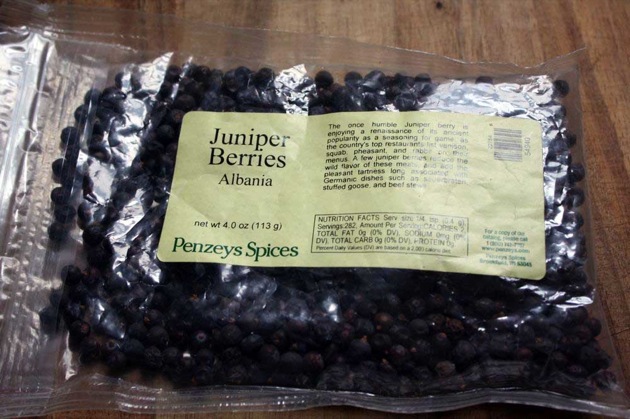 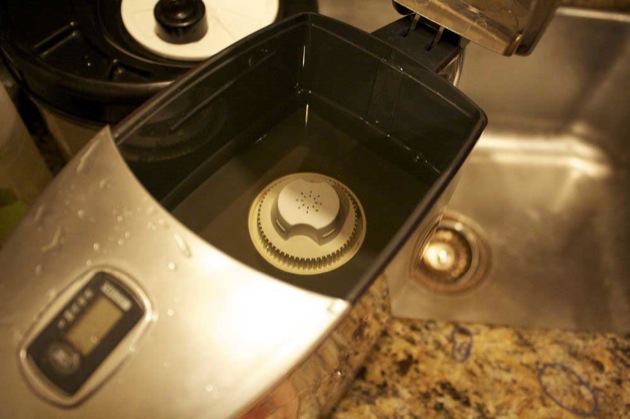 Filter the vodka through a Brita filter at least twice. It should mellow in flavor and aroma. 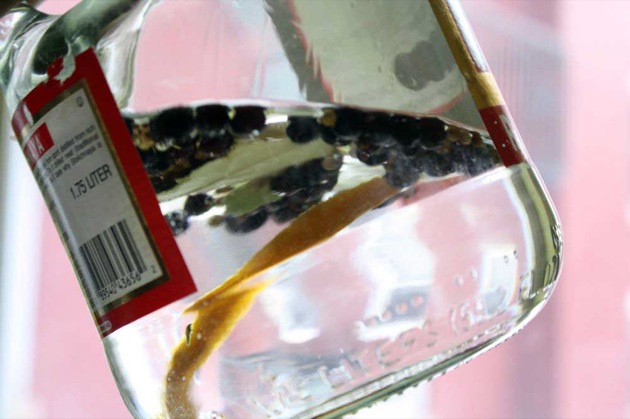 Pour it back into the bottle (a funnel helps make this a much easier job) and then add the rest of the ingredients. Let it hang out for at least 8 to 12 hours. 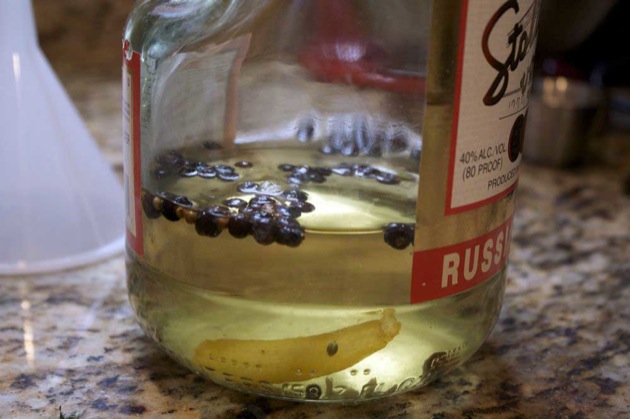 By this time it will have changed color. That's ok. Taste it. If it needs more time, give it another 8 hours. 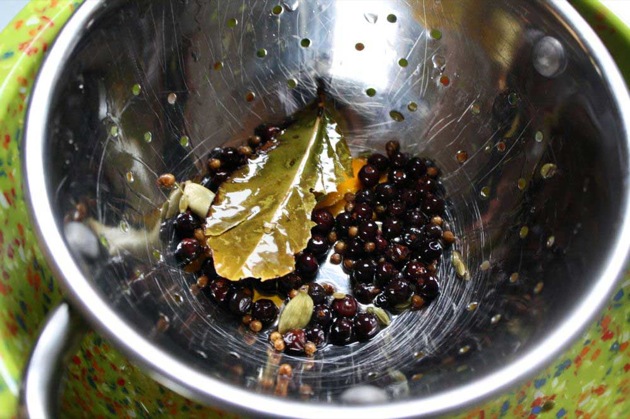 Pour the liquor through a fine sieve, colander, or cheesecloth. Discard all the herbs and spices. Return the liquor to the bottle. It's now a compound gin.