The Mystery of the Chicken Oyster

How to save the oyster while cutting up chicken. 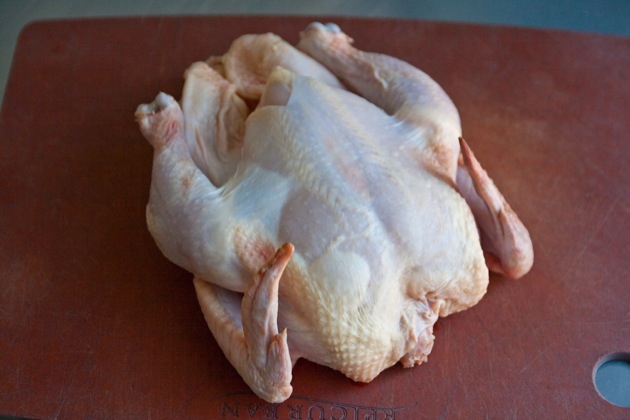 The chicken oyster. It sounds strange. But also intriguing enough to suggest deliciousness. I've heard other people talk about this elusive piece of meat hidden somewhere on the chicken. Only smart cooks know about it, like Thomas Keller, who mentions it in his recipe for " My Favorite Simple Roast Chicken " in the Bouchon cookbook. When the chicken is done roasting, the skin golden and fragrant, he locates the oyster on each side of the chicken and greedily gobbles it up as a cook's treat.

The other week we were cutting up chickens at culinary school, starting with the legs, then the breasts. We learned where to trim the wings, easily separate the leg from the thigh, and cut the breast neatly away from the bone. During the demonstration, Chef mentioned "the oyster" in his charming French accent and told us he would show us where to find it. After rinsing, drying, and trimming the chicken, he set out to do just that.

I've cut up lots of chickens before, but I usually just lop off the legs and that's that. When I send the chicken carcass to the stockpot, the oysters have been going to waste. Now I cut more carefully and leave the oyster attached to the leg.

Simple, and a matter of turning your knife a few degrees to extract something special from the chicken. Here's how to do it. 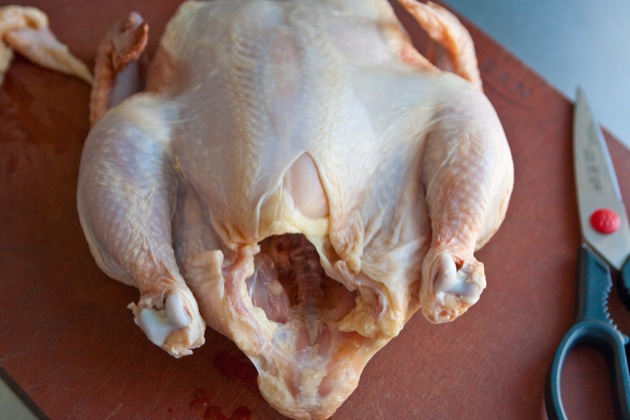 You start with a whole chicken.  The oyster is tucked away in a pocket of the backbone, which is facing the cutting board in this picture. 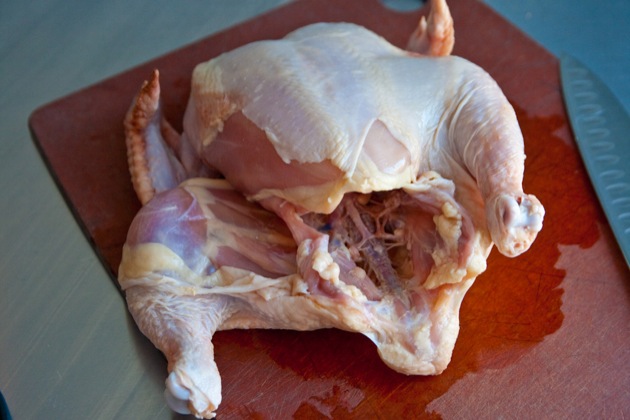 First, cut into to stretched skin between the leg and the breast.  The leg should fall away towards the table.  Cut making incisions between the breast and leg, moving towards the back near the wing (which is actually the front of the chicken where the neck is). 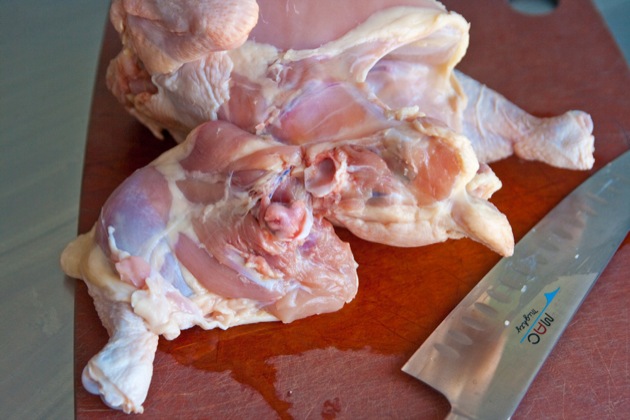 When the skin is cut most of the way around where the leg connects to the rest of the body, grasp the entire leg and bend it downwards.  The leg joint should pop out of its socket, making it easy to see where you need to make your cut. 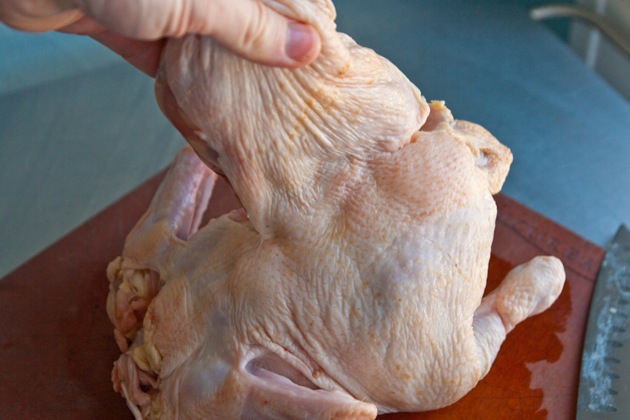 Now pick the chicken up by the leg.  We're looking at the backbone now, and if you look closely you'll see a bumpy area, which is the oyster meat. From the right side, cut horizontally, close to the backbone.  Straight down from where my thumb is in the picture is the oyster.  You essentially cut horizontally until you reach the oyster, then turn the knife down and cut down, perpendicular to the backbone.  You only need to make the single cut straight down.  Once you do, you can lay the chicken back down and pull on the leg gently: the oyster will pull away with the rest of the leg. 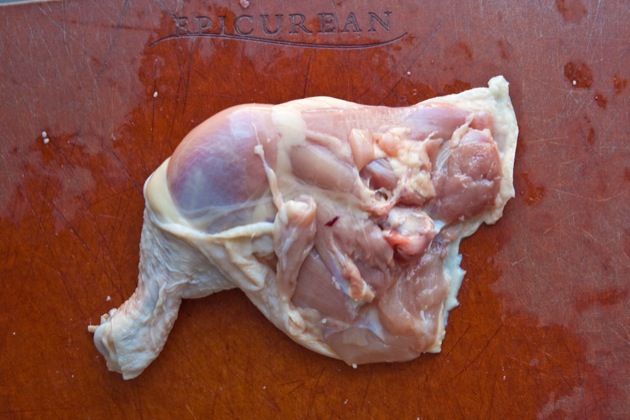 Here is the leg, detached from the body. The oyster is the dark knob of meat all the way on the right.