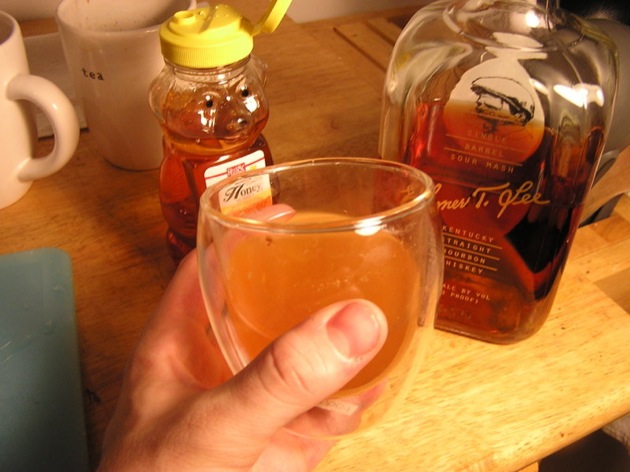 Feeling a little bit under the weather and a bit perturbed with my job, I returned home last night needing some kind of a cure.  Like hot chocolate made by your mother, I needed a home remedy with exactly zero medicinal value, which would warm me up and send me straight to bed.  I didn't have any chocolate, but I did have a great big bottle of Bourbon and one idea.

I wanted a hot toddy, even if I wasn't sure what that was.  I was too preoccupied with my own pain to care about the excruciatingly boring wikipedia entry .   Apparently, this is some kind of grandmother cure, but my family never gave me whiskey to cure anything.

So how does one make such a thing?  Like any mixed drink, there are many variations and only three rules, which probably could be upended if you so dared.  The first and only rule, that I completely agree with is, that there needs to be some alcohol--or there is simply nothing toddy about that hotty.  That's just me.  Second, there needs to be a hot liquid, whether that's water, tea, or another beverage.  Third, some sweetening is needed to tie the two previous "rules" together.

But that's really it.  As far as what the best recipe, the web was littered with all kinds of history lessons claiming tea was absolutely needed, or that hot water was just fine.  Nutmeg, lemon, and cinnamon entered the picture.  But this was not the time when I wanted to go surfing around for some hilarious antedote.  Check out that wikipedia entry, see if you can make any sense of it.  Me, I needed a warm drink with a great big hug, so instead of trying figure out which combination would work best for me, I decided to have them all. 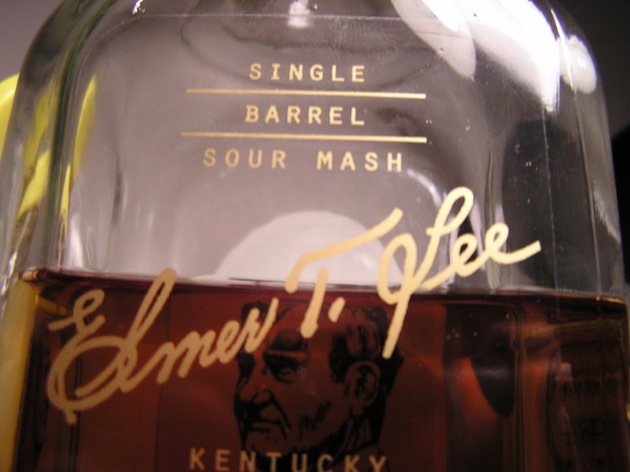 I've been in quite the Bourbon mood lately.  Here's some wonderful stuff I scored at LeNell's .  Apparently you can use rum, too, but I wasn't leaving my apartment. 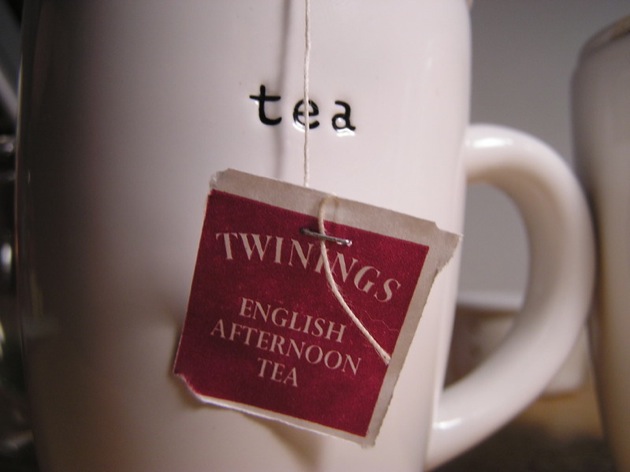 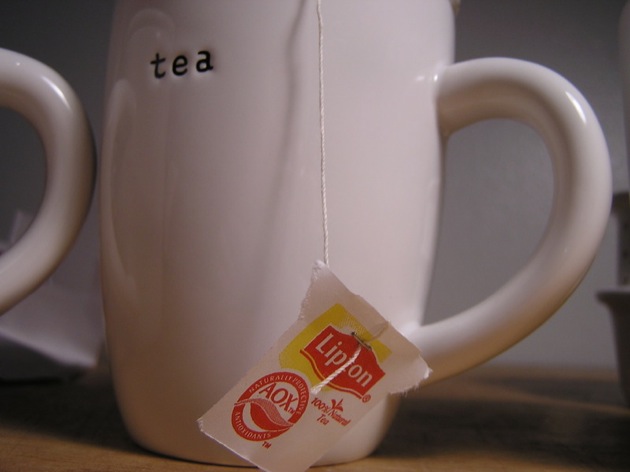 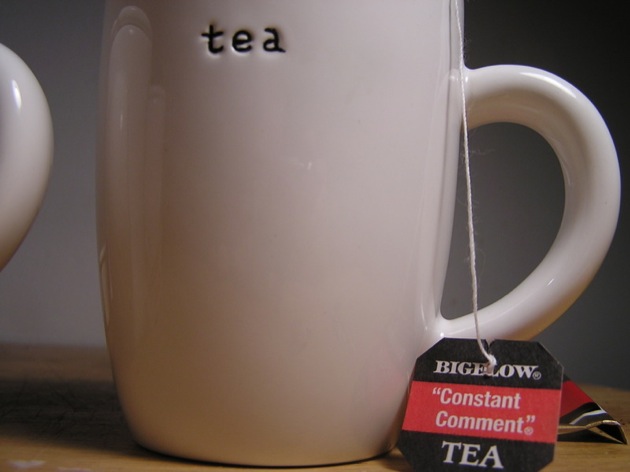 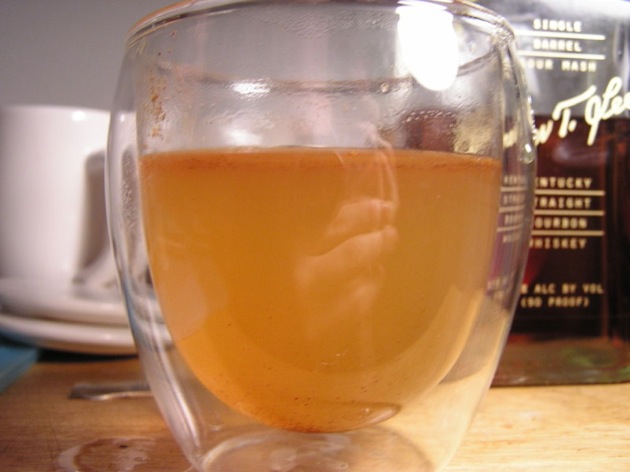 I gathered up the tea we had littered around the apartment and I came up with three contenders, plusthe  plain old water recipe to round it out. 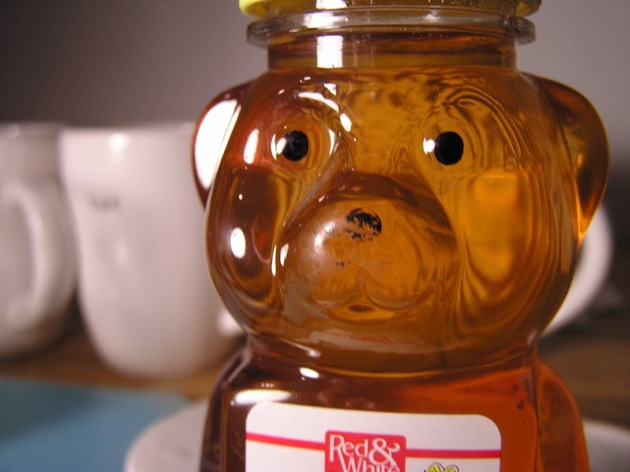 Nothing says sweet comfort quite like the dear honey bear.

Other Things I Added 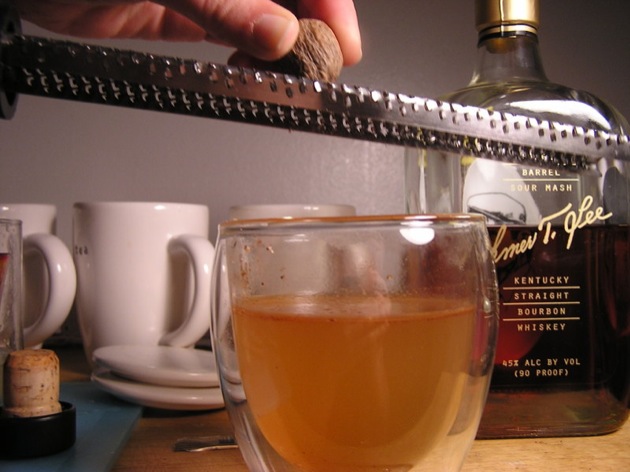 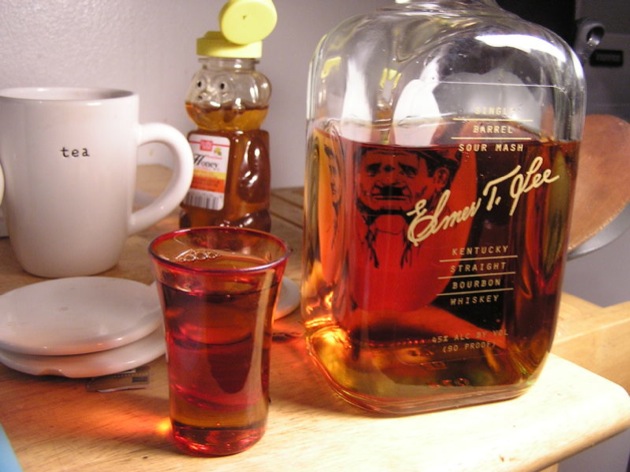 Four hot toddys later I was feeling all right.  Gone was the incessant headache, all those feelings of discomfort and worthlessness. I was so content I nearly forgot about writing this little post, and instead sat on the couch with an enormous grin on my face and a blanket around my bod.  But since I needed to get this thing done, here's what I learned.

So, I learned I don't really fancy any tea in mine.  But don't let me dissuade you from creating your own.  This is a comfort drink, and whatever ingredients soothe your soul, you should go for.  Because, this really isn't a mixed drink or a cocktail.  People don't get all dressed up and down hot toddys till the sun comes up.  Save this drink for when the pressure hits.  Besides, the moment you're feeling better you'll need to stop wasting such perfectly good bourbon.