Just Call it Baccala: How to Eat Salt Cod 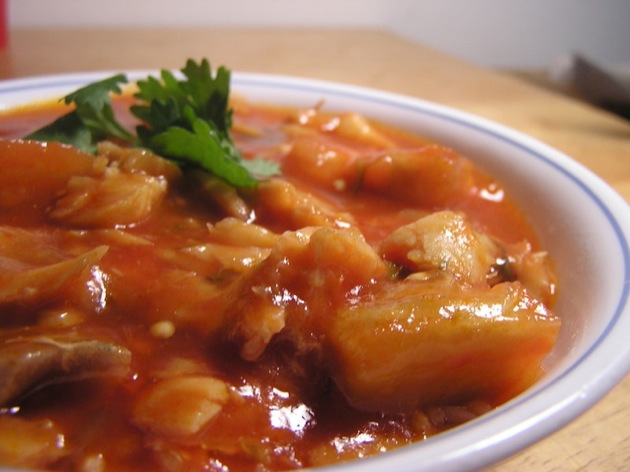 I've been attempting to eat more fish this year.  In fact, it's something of a resolution for me.  Whether I did it to be healthier, get fitter, or simply have a more varied diet, I instantly dreamt of grilled salmon, roasted whole red snappers, halibut tacos, and other feasts of fresh, flaky fish that would pump me full of omega 3 and immune me from any possible disease.  What I wasn't thinking about when that ball was dropping: Salted fish. 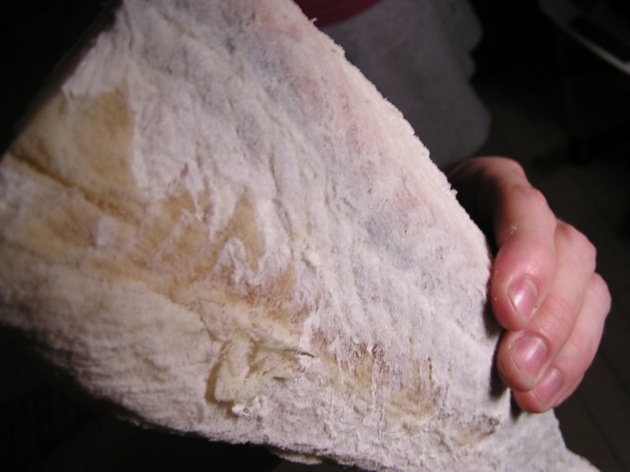 Sure, I understood the idea of salting as a way of preventing spoilage, but why is it even needed anymore? The old ice box has been keeping fish fresh for longer and longer periods of time.  As well, it's not terribly cheap.  At about $8.99 a pound, it doesn't seem much more economical than its fresh counterpart.

For those unaware, the salted fish section sits fairly close to the fresh fish section, but instead of being behind glass atop mounds of fresh ice, it's in a box right at stroller level.  Lots of people probably manhandled the poor specimen I picked up--a hardened slab that smells fishy.  It seems unhealthy, unsanitary, and truth be told, not like the fish I wanted to indulge in.  It also needs to be soaked overnight, boiled, and then cooked with the rest of the dish, making it roughly 20 times more time consuming than using regular fresh fish. So, again, why would one ever buy it?

I was suckered into it.  I wanted to try another recipe from my favorite Puerto Rican cook, Daisy , and "Cod with Eggplant Stew" sounded like a perfect January meal.  As well, it required soffritto , which Blake had so carefully made the day before and dished out to me.  And by the time I saw salt cod I thought, why not?  It obviously has some kind of use, considering that Daisy would have asked for fresh fish if need be.  People have been salting fish for ages, and it was time to see what it actually tasted like..

While it's hard to feel attached to such an ugly fish, you'll soon grow to appreciate it.  Unlike fine fish fillets, the salted cod can be lugged about in any sort of bag you see fit.  Short of avoiding breaking it in half, it deserves no special care.  And once its peculiar virtues become known, you'll realize its benefits, too.

Those benefits end up being an unbelievable resistance to long, slow cooking.  It simmered in a stew for 45 minutes and the fish stayed together throughout, soaking up all the juices of the pot, coming out fleshy and succulent-- a regular fish would have disintegrated and floated away.  Though not exactly a revelation, salt cod is just another beautiful trick to have around the kitchen when you've run out of ideas. 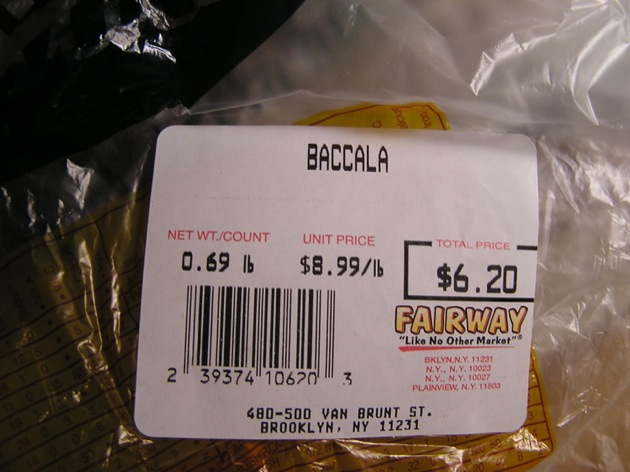 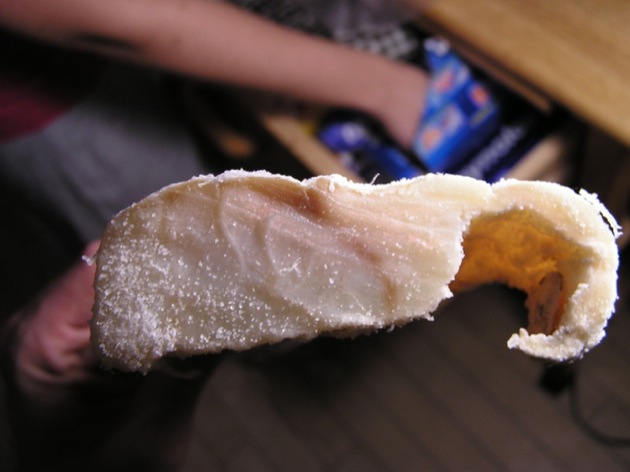 Much like country ham, salt cod needs to be hydrated, and purged of some of its salt.  Just place it in a large pot and fill it up with cold water.  Change the water every few hours, though I only changed it twice before going to bed, and then once in the morning before work. 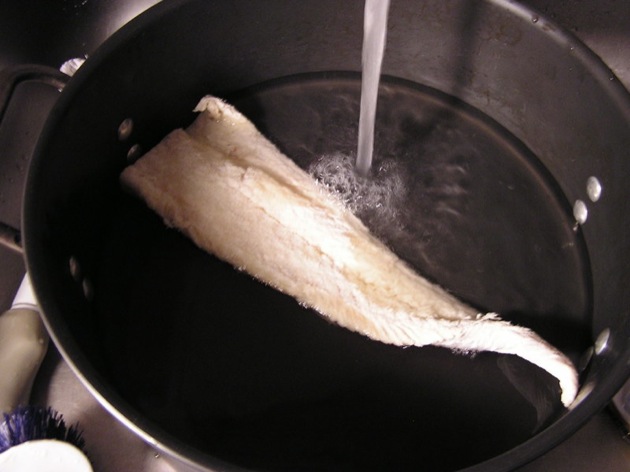 After it has been hydrated, it will need to be cooked.  Just refill the pot with fresh water, bring to a boil over high heat, bring it down to a simmer and cook for twenty  minutes. 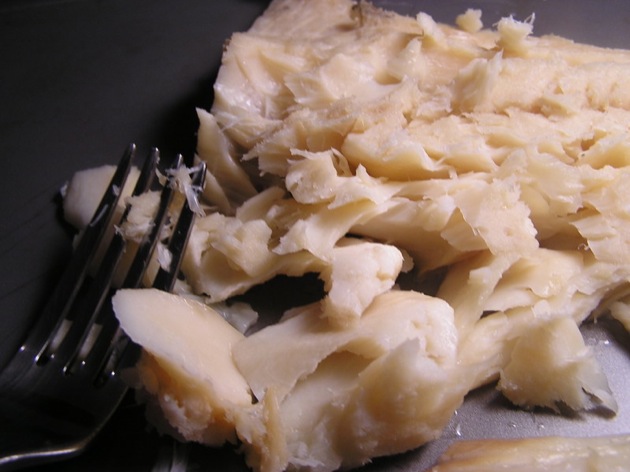 Remove the cod and flake it with a fork.  Don't go manhandling the fish, just try to find the places where it naturally breaks apart.  Daisy says you should taste it to see if it is too salty, but when you do so you'll automatically get squeamish.  It's tough and leathery.  You'll want to forfeit the mission before any of the real cooking has gone forth.  But please, keep going.   You've come this far, after all. 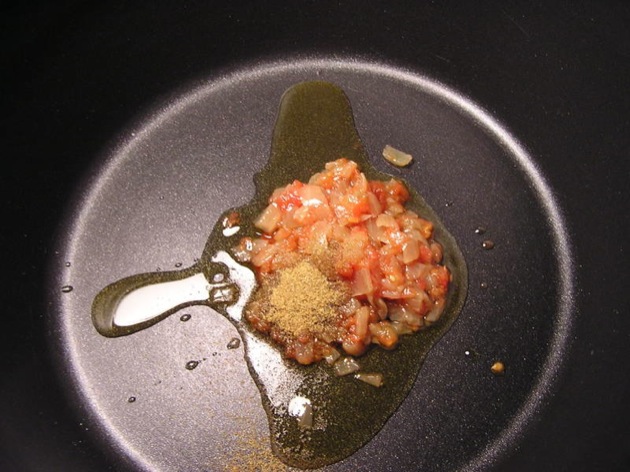 While the cod is finishing, pour in the soffrito and cumin into another large pot over medium heat.   Cook for about 5 minutes. 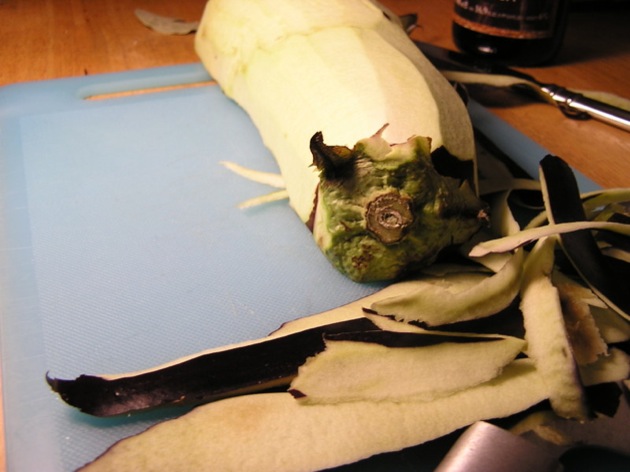 Peel the eggplant and cube into 1 inch pieces. 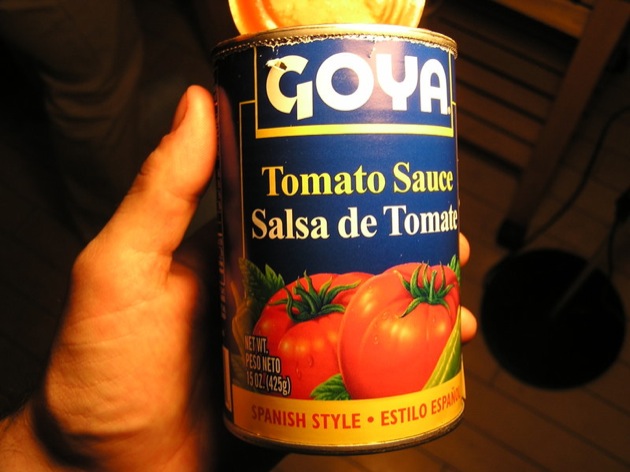 I don't know what makes this tomato sauce Spanish style.  I looked at the ingredients, and it looked much like its Italian counterpoint.  When I do this again, I'll probably use some whole canned tomatoes, but this what Daisy wanted, and is available at your local bodega. 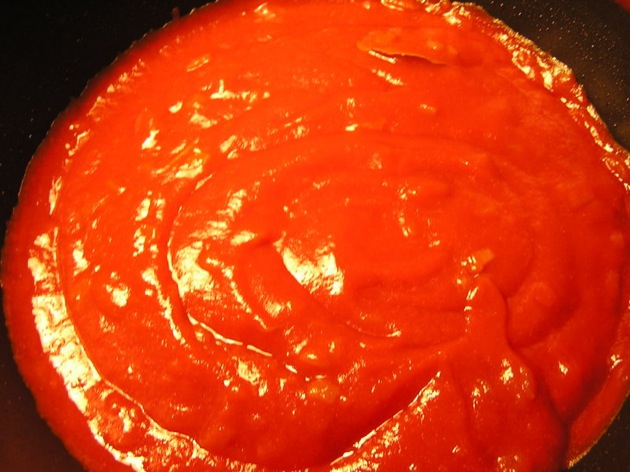 Toss the sauce and the bay leaf into the pot and bring to a simmer. 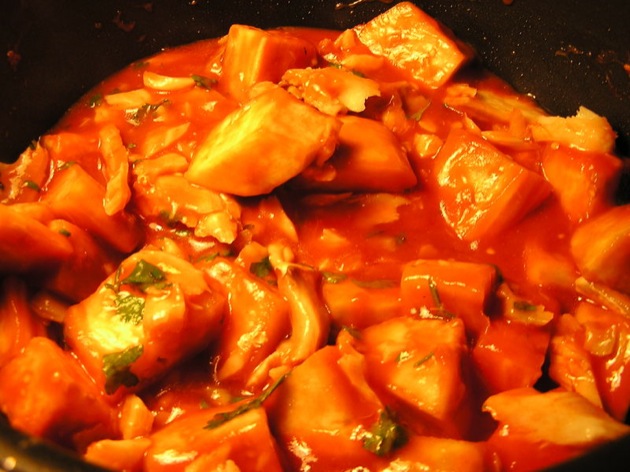 Add the eggplant and salt cod, cover the pot, and simmer for 45 minutes.  If it looks like it's getting dry in there, just add a little water. 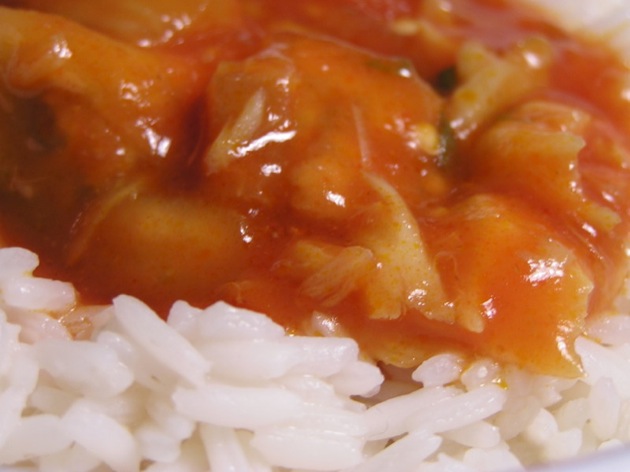 Serve it over white rice and sprinkle with some cilantro.