Welcome to 2008! Abby and I spent New Year's Eve constructing the ultimate meal.  We spent a small fortune at Whole Foods and walked away with a lot of shellfish and a fillet mignon or two.  Since we weren't going to some fancy black tie event, we felt okay about spending more money than we would for a weeknight meal.  We sort of had a carte blanche to create whatever we could dream up.  Here's what we had: 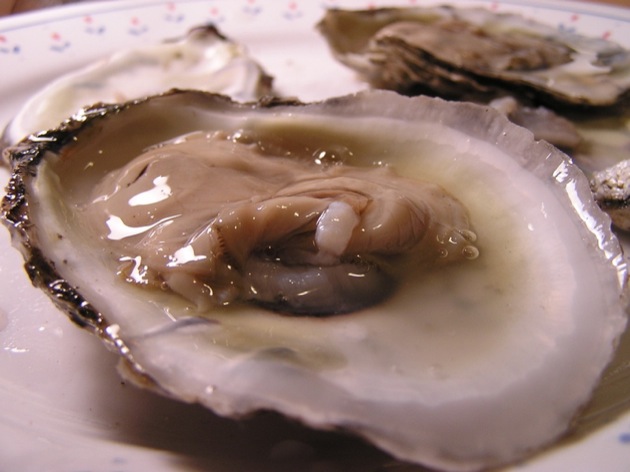 Part 1: Oysters
I can't even think of the last time I had oysters, but it was definitely when I was still on the East Coast.  So I couldn't think of a better way to start than with two kinds of oysters: the Long Island Blue Point Oysters and North Haven Choice Oyster.   We had them straight-up with only a martini to chase it.  The North Haven Choice was brinier and a little more interesting, but both tasted dangerously of the sea.  Fantastic. 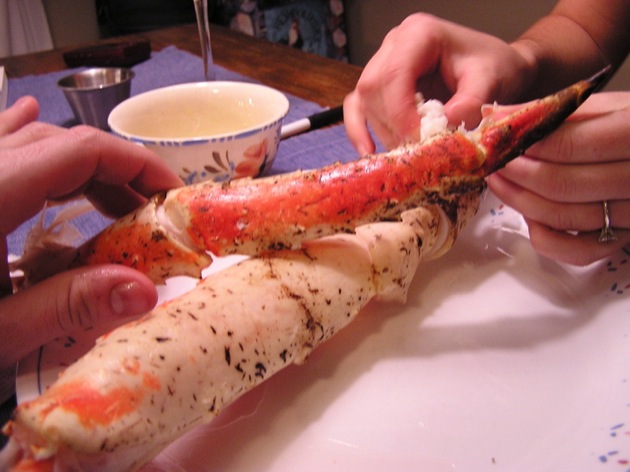 Part 2: King Crab Legs
So far I hadn't done any cooking, and this wasn't much harder.  The crab legs are already cooked, so all I did was warm them up by steaming.  We had a little clarified butter for dipping, but didn't really need it.  The perfectly sweet meat was delicious on its own. 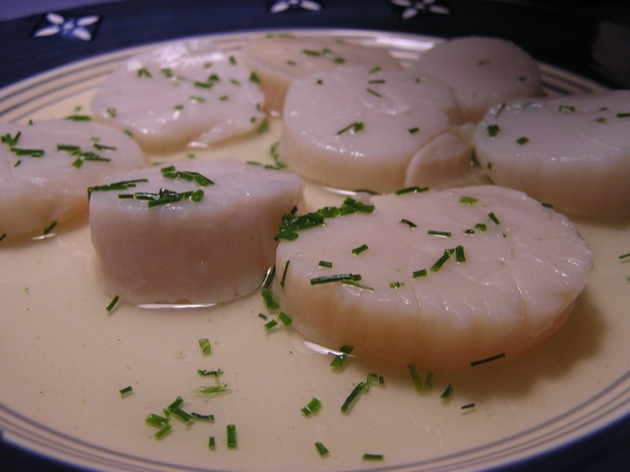 Part 3: Scallops Etouffee with Chives
Now the cooking begins.  The scallops were halved and then simmered in a little water and then topped with chives.  Most of my experience with scallops has been sauteing them over hight heat until they caramelized.  This was completely different.  It was elegant and subtle.

Part 4: Tournedos Bearnaise with White Asparagus
Kind of looks like a burger with french fries, I know.  But the fillet was quickly grilled to (maybe) medium-rare (probably just rare) and topped with sauce Bearnaise, which probably was the most difficult thing I prepared all night.  It was the placed on piece of bread that had been sauted in clarified butter.  The white asparagus was broiled and then tossed with chives.  After all the light seafood, this was decadent.  The barely cooked beef was tender and that sauce was just perfect.  Very French and very old - I got the recipe from Escoffier's 1907 The Complete Guide to the Art of Modern Cookery - but still astonishingly good.

Part 5: Chocolate Truffles
We ended the meals with four beautiful truffles.  We ate them so quickly we didn't have time to take pictures of them.  But a perfect end to a fantastic night.