A blend of bread, nuts, olive oil, tomato, and peppers 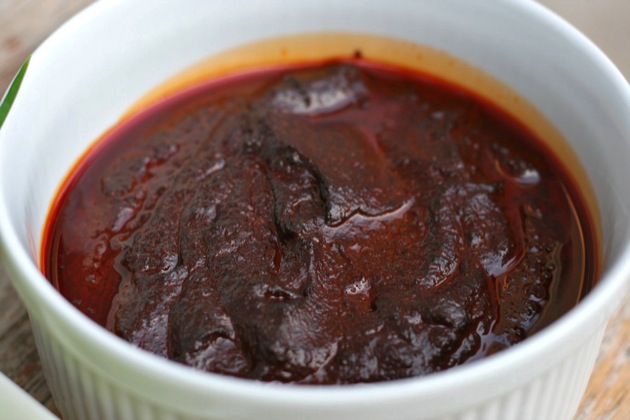 My fridge lately has been so full of food I can hardly see what’s inside of it. Since joining a CSA , I am completely overwhelmed with the amount of food I have, and how to cook it all quickly enough. The other day I realized that I had, like, 2 or 3 pounds of green onions--and not wispy little ones, big, fat ones, the white roots thick and juicy, the green shoots long and vibrant. I’d been using them as quickly as I could, mincing them into salads and topping scrambled eggs. But it was a losing battle: I would need to find a way to cook them.

A quick tweet asking for ideas brought a handful of suggestions, from braising them to pickling. Since my solution last time I was faced with too many vegetables was to pickle--which allowed me to put away a head of kohlrabi and a bunch of beets--I was on the lookout for something else. By chance, two people recommended not only the same cooking method, which was to char them on the grills until smoky and tender, but also the same sauce. Which: was weird. And, I decided, some kind of fate. 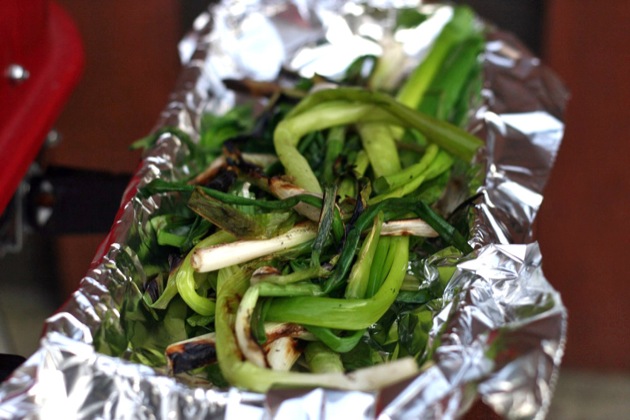 Romesco sauce is Spanish in origin, essentially a blend of peppers, tomato, nuts, bread, olive oil, and vinegar. The method was actually very similar to another Spanish recipe I cooked recently-- white gazpacho . The shared elements are bread, garlic, olive oil, and nuts, as well as the procedure: mashing the heck out of them until a smooth. Traditionally this would be done in a mortar and pestle by hand; modern convenience is the food processor. But compared to the light, garlicky gazpacho, this romesco sauce is much richer and denser--no added water--and also spicy, pungent, and smoky. Which is why it seems like it’s made for anything that comes off the grill.

I made about 18 times as much as I needed--realizing later that this is potent stuff--but having it in the fridge is no burden. It keeps for weeks and can be spooned on anything grilled, spread onto toasted bread with a little crumbled goat cheese, used to dip tortilla chips, or in a sandwich.

The green onions grilling method comes from my friend Art Jackson over at Pleasant House . He recommends allowing the onions to cook quickly over coals scatted with wood chips (to generate some smoke), then finish elsewhere on the grill in a little foil pouch, which allows them to smoke and steam and get melty, and which keeps all the aromatic flavor trapped in the package and absorbing into the onions. Marvelous.

Adapted from Sunday Supper at Lucques 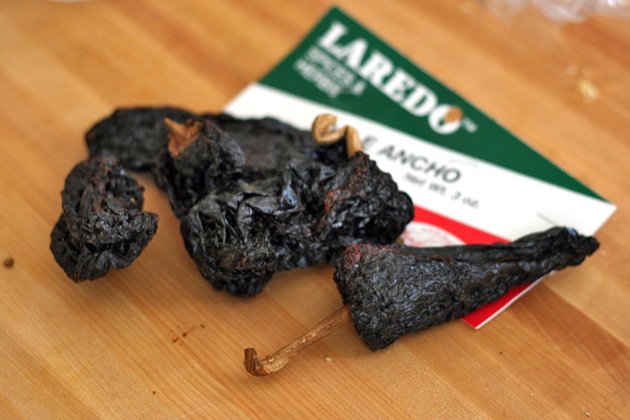 First, prepare the chiles by removing and discarding the stems and seeds, then covering with boiling water. Allow them to soak for 15 minutes until soft.

In the meantime, toast the nuts to bring out their flavor: Suzanne Goin recommends using the oven, but I went with a large skillet because my apartment has no central A/C and turning on the oven is avoided at all costs. Toss in a dry skillet over medium heat until fragrant, or toast for 8-10 minutes on a baking sheet in a 375 degree oven.

In a second skillet, heat 2 tablespoon of the olive oil over medium-hight heat and add the bread. Toast on both sides until golden and set aside, then cut into chunks once cooled. 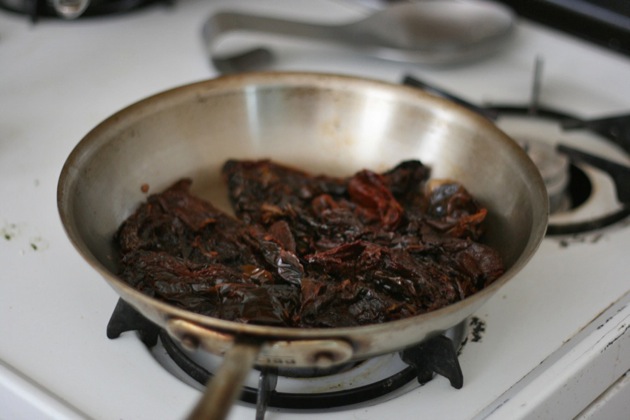 Add another 2 tablespoons of oil to the same skillet and heat on high. Add the softened chiles and saute for a couple minutes, then add the tomatoes, 1/2 teaspoon of salt, and a little of the tomato juice or water. Cook until the juice has evaporated and the color starts to deepen. Remove from heat and allow to cool in the pan. 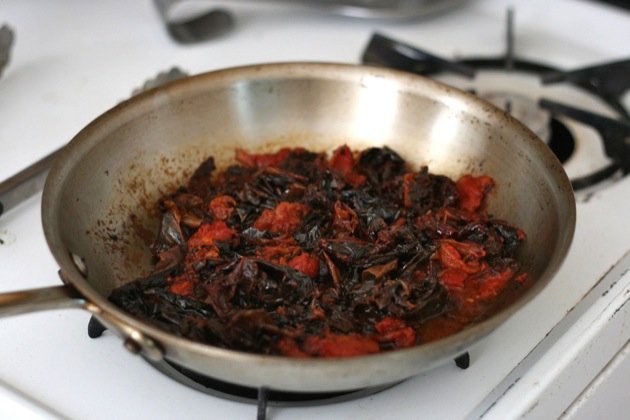 In a food processor, pulse the bread chunks, nuts, and garlic until everything is coarsely ground. 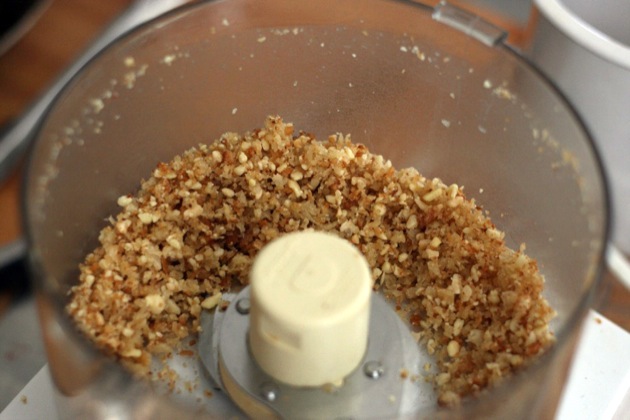 Add the tomato-chile mixture and process for an additional minute. While the machine is running, add the remaining cup of oil in a slow stream as it forms a sauce; add a little water if the sauce is too thick once the oil is all added. 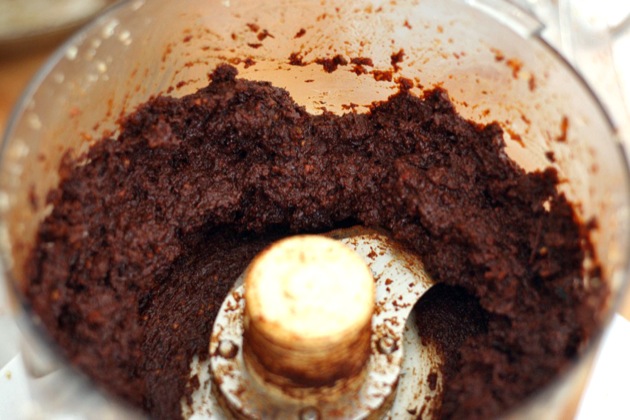 Add the parsley, lemon juice, and a little salt. Season to taste with more lemon juice and salt as needed.