School Days Friday: Chicken Nuggets Make Us Get All Political 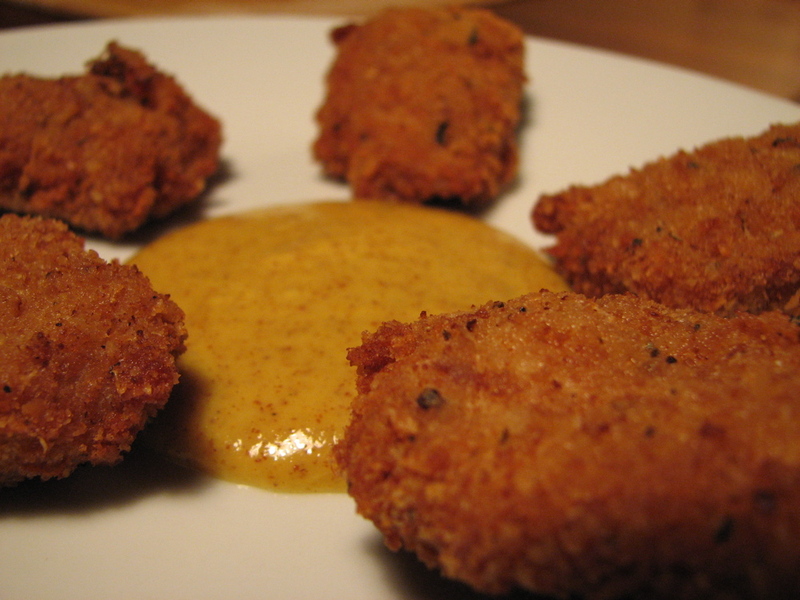 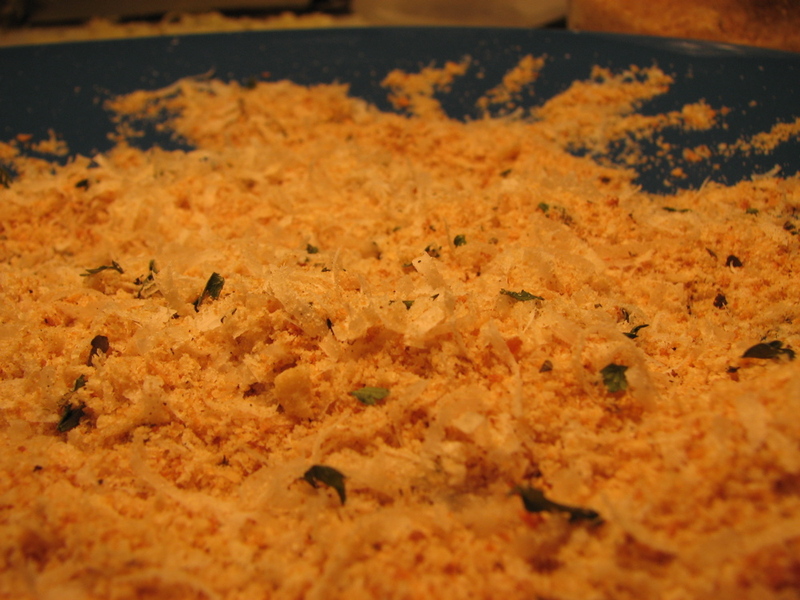 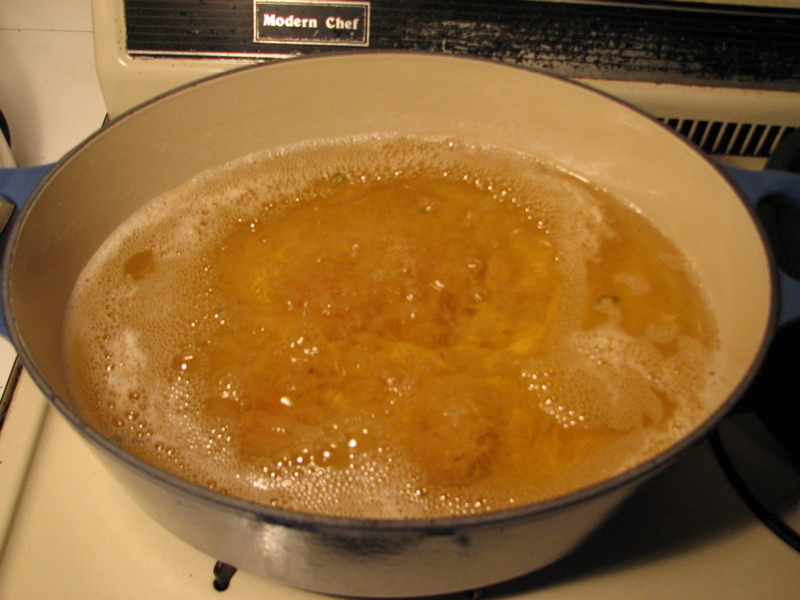 Fill a large dutch oven with enough oil to come half way up the pot.  Heat the oil to 375 degrees, or just turn the heat to medium like we did. 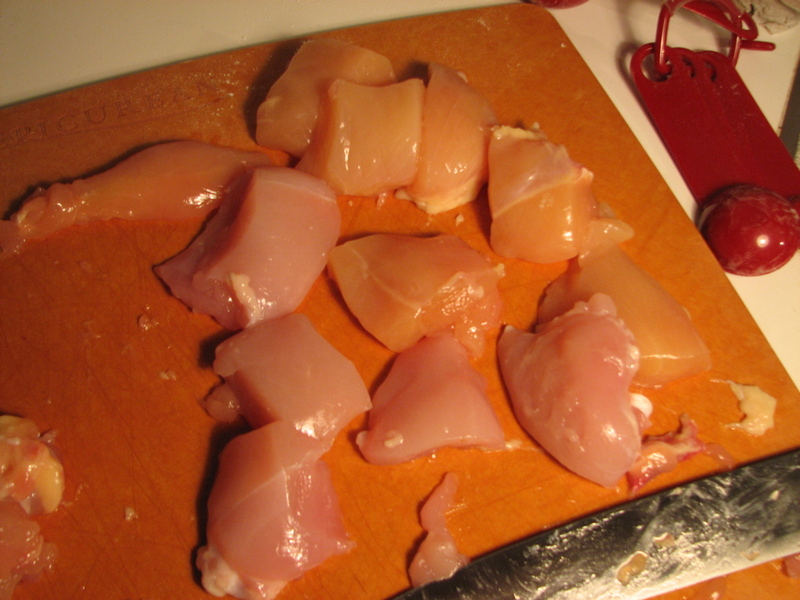 Chop the chicken breasts into 1 inch by 1 inch sqaures, or whatever shape you deem the most appropriate for chicken nuggets.  It's best not to make them any bigger or they will cook unevenly.   And nice pink insides are not what we're looking for. 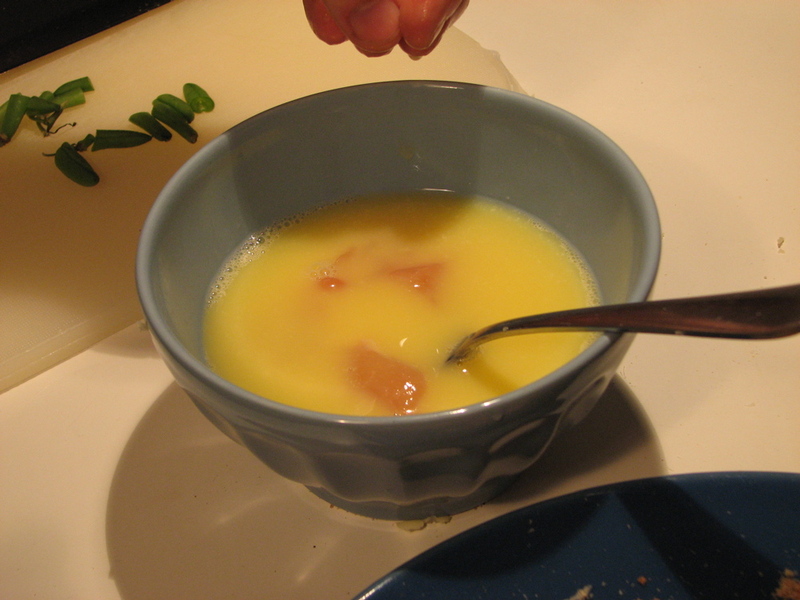 Crack the egg and toss it into a bowl with the water.  Whisk to combine into an egg wash. 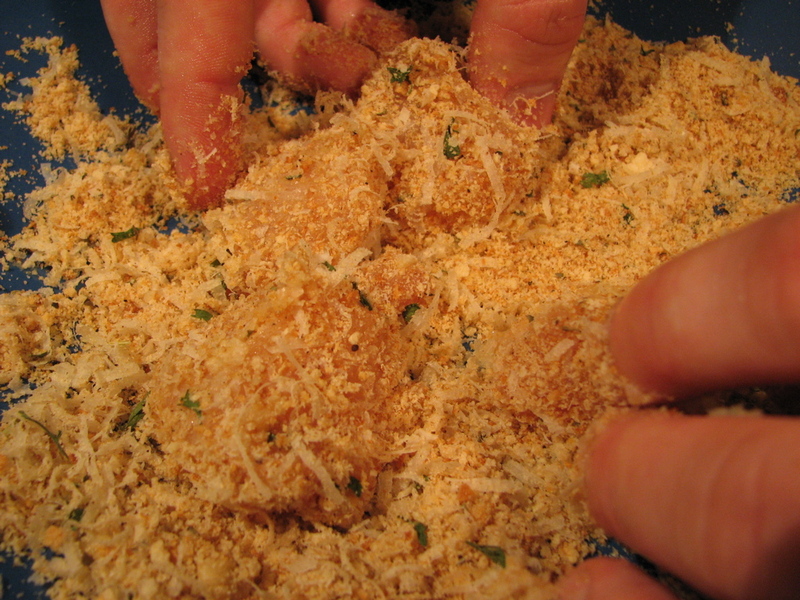 Combine the breadcrumbs, herbs, Parmesan, and the salt and pepper. Dip the chicken pieces into the egg wash.  Then dredge the chicken in crumbs until covered on all sides.  Gently slip them into the oil.  It might take some practice runs to get it right.  The pieces need to cook for about 3-5 minutes for the meat to fully cook, depending on oil temperature.  The outside should be golden brown.   When the nuggets have reached the proper color, transfer to a plate with paper towels and let them drain for a few minutes. 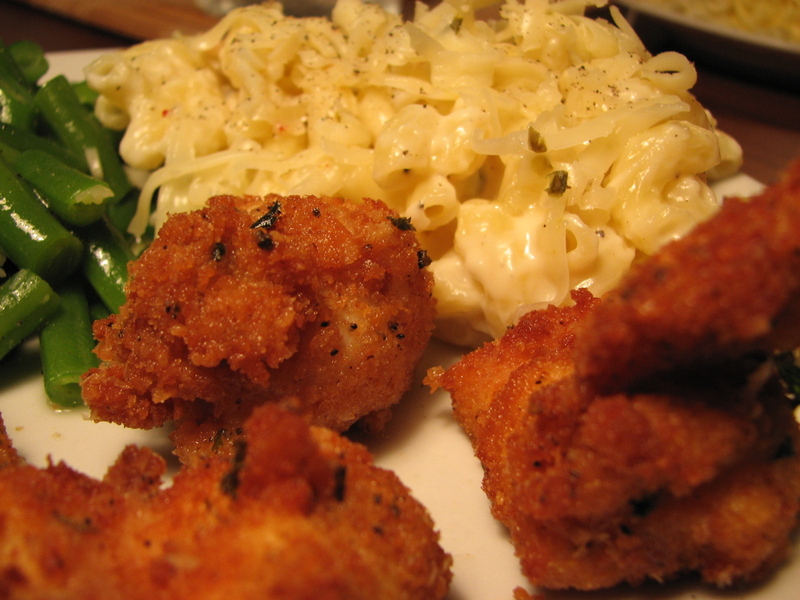 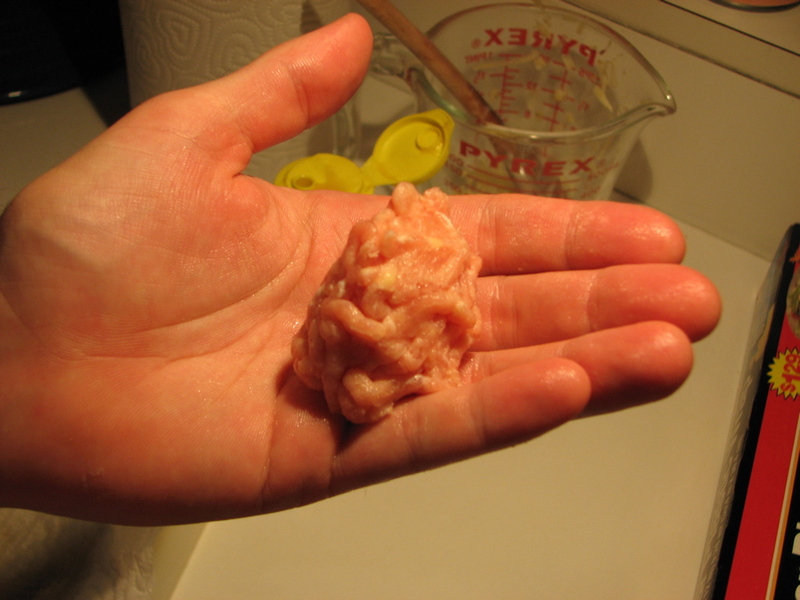 The chopped whole pieces of chicken were great, but we figured that ground chicken would be closer to McDonald's delight.  Open the package of ground chicken and form a nugget into a small oval, exactly like the picture.  We tried two versions.  For the first, we pressed the meat firmly together, to try and form a cohesive mass of chicken.  The other we packed lightly like you would for a hamburger. Dunk them in the egg wash, dredge through the bread crumbs, and slide gently into the oil. 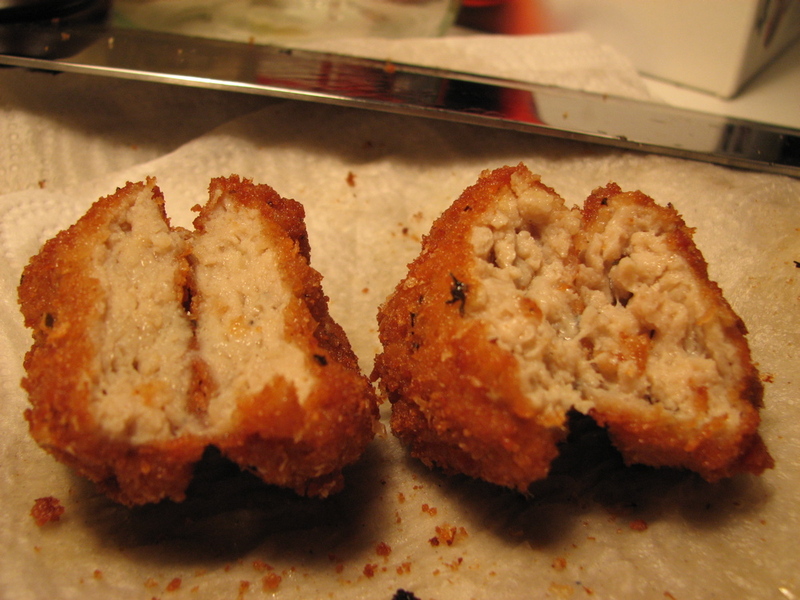 In about 4-5 minutes remove.  The packed ground chicken nugget tasted exactly like what you'd expect a greasy, disgusting, McDonald's chicken nugget to taste like.  Very filling, slightly nauseating, but flavorful, nonetheless.  It's just not something we eat that often, and honestly not something we'd make again soon.  The lightly packed nugget, however, was vomit inducing.  Don't try this at home. It became a question of boneless skinless breast or ground chicken.  The former was the healthier route, but more along the lines of chicken tenders or fingers than nuggets.  There’s no way McDonald’s or lunchrooms uses all white meat; we wanted to recreate that.  Would we grind up connective tissue and skin like McDonald’s?  It would never work, because it’s the unnatural processing that makes all that taste reasonable.  It’s the injected soy and water and chemicals and gums that mask how totally strange that whole process is and make the unnatural kinda-natural.  We can’t pull that off at home. And that tells us something.  If a food is processed in ways that can’t be repeated at home, it’s a bad sign. That said, our first experiment, using boneless skinless chicken breasts, was rather successful.  We don’t love boneless, skinless chicken breasts much at all, but for this purpose they suited nicely.  We made a nice meal with green beans and Elin made a fabulous mac n’ cheese with jalapeno jack.  They tasted a bit unhealthy, of course, but reasonable and not disgusting.  It wasn’t until we went after the McDonald’s imitations that things really went haywire.