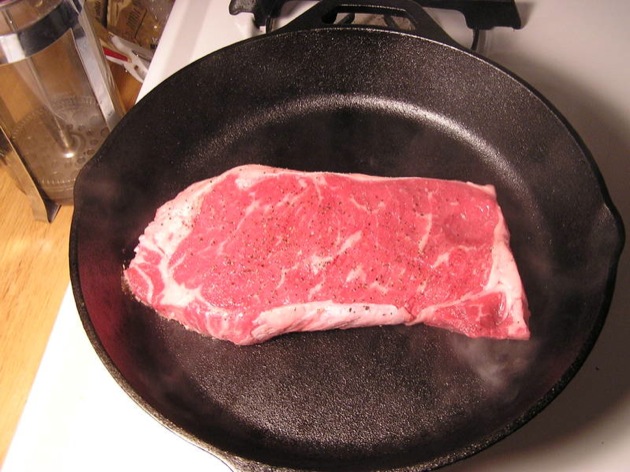 Just like your grandmother, I now own a cast-iron skillet.  It seemed like the logical choice after I realized the finite possibilities of non-stick, yet was not ready to burn my whole month's salary on an All-Clad frying pan.  This cost $19.  It's heavy as a brick--actually, more like a couple bricks.  You can toss this war-horse around with glee and it will take it all.  Clang it around as loud as you can, see if it cares.

But it is finicky in some respects.  Cast iron skillets apparently don't like to be washed, have to be seasoned, and if any of these aren't followed, those eggs will do nothing more than adhere like cement to the bottom.

Or, this is what I'd been told.  I read many post about how to season and clean a cast-iron skillet, even a nice one from the NY Times .  But mine came, somehow, pre-seasoned.  I'm not sure if this is good or bad, but it did meant that I could get right to business.  And that I did.

I didn't want to dandily-dance around with this beast, coaxing essences out of exotic ingredients.  I wanted a steak.  I wanted a really expensive cut of steak cooked at inordinately high temperatures and nothing else.  Well, maybe some potatoes.  With butter.  And sour cream.  But the focus was the beef.  And if you like medium-rare steaks, that picture above is some serious eye candy.

See, cast-iron can go where no self-respecting non-stick would dare.  That is, into an oven.  Steaks need a nice sear, which needs to come from absurdly high heat, but then needs a relatively lower heat (in this case a cool 500 degrees), which can easily be regulated by the oven.

The steak is important.  Thin, tough steaks won't do well, so I had to put down some money for a nice one.  I picked something called Shell Steak, which I found out is also strip steak , Kansas City Strip, or New York Strip depending on where or who you are.  I live in New York, so this is New York Strip, no matter what the Met says. 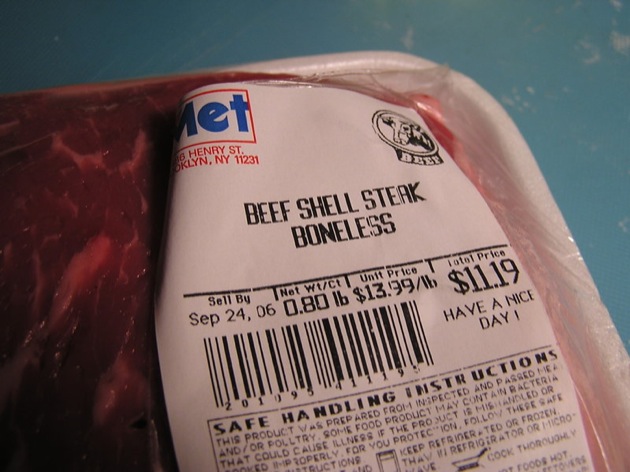 For safety, it's nice to carry around a towel, so you'll always have it there and won't be tempted to touch the scalding metal hunk and destroy your hand.

Preheat the oven to 500 degrees.  This will take a good hour, depending on make or model, to fully reach.  So plan ahead.  Or make sure your girlfriend plans ahead for you.  Place the the iron skillet in the oven to let it heat up. 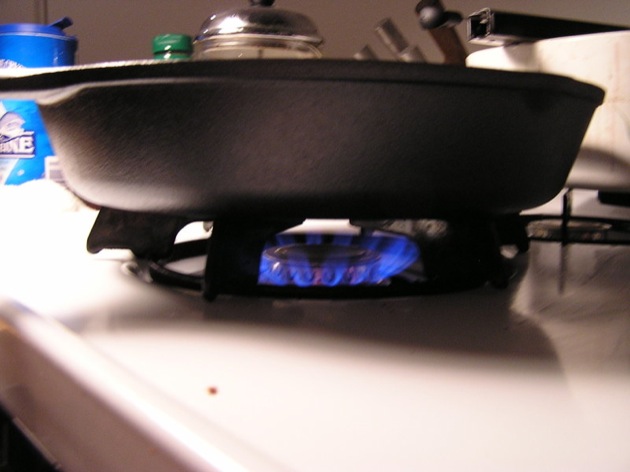 When the oven has reached its top temperature, remove the skillet (with a oven mitts/towel/or other protective device) and place on a burner over high heat.  To reiterate, the iron skillet is going to be really, really hot. 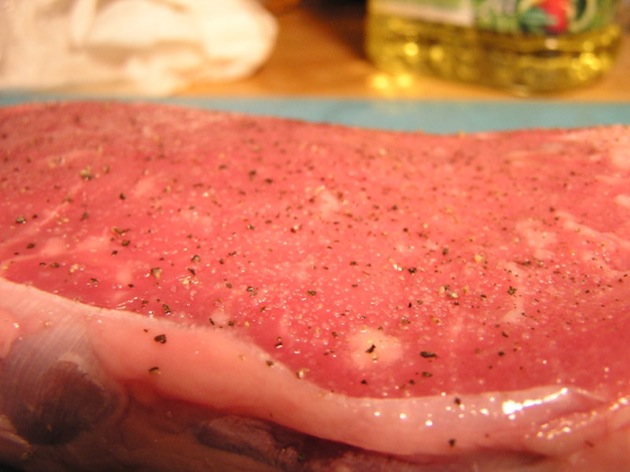 Coat the steak with a little oil and salt and pepper.  Then place it in the skillet.  It should his and fuss, but that's fine.  Just don't move it for 30 seconds.

By that time a nice crust should have formed, and it will no longer stick to the pan.  Pull to early, and you might have an adhered steak. 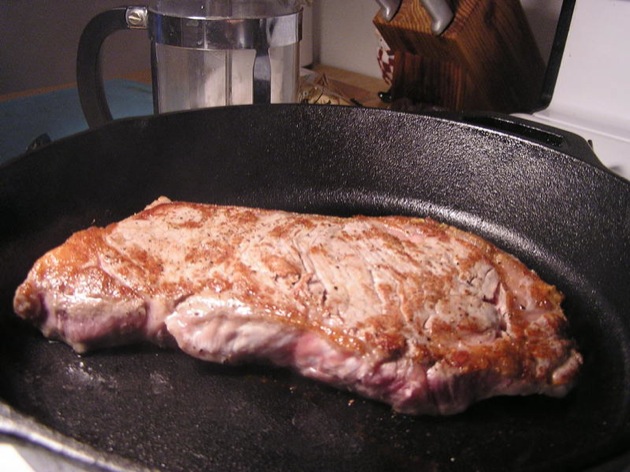 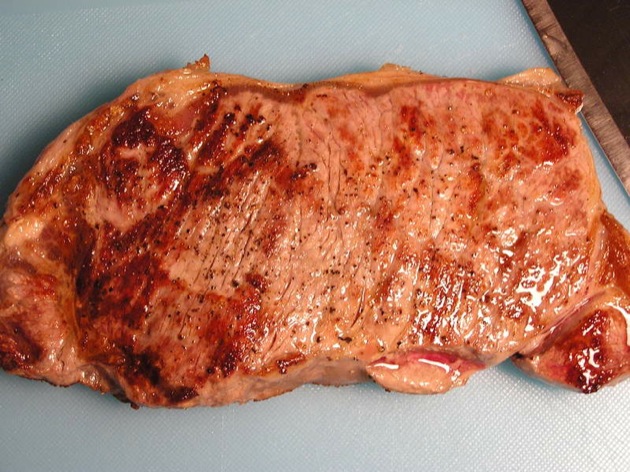 Now let it sit four a few minutes before cutting into it.

It's up to you if you want to go cutting your steak into nifty slices, or leave it whole and manly on the plate.  I'm a stickler for presentation, and ain't nothing like a cut up steak.  As well, it seems like more food when you cut it up, and you'll be less likely to down a pound of meat.  Throw on the potatoes and enjoy. 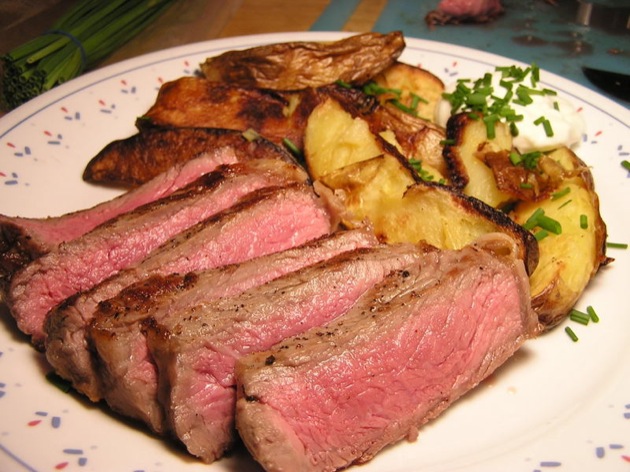 Now if anyone could explain exactly how you're supposed to clean the skillet, I'd really appreciate it.