Or, how to smoke indoors with a wok 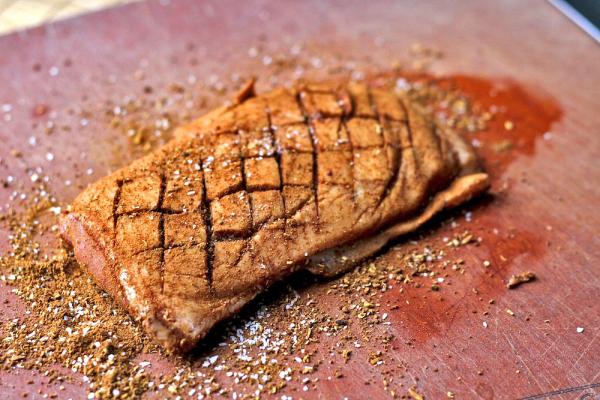 I love what smoke does to foods—preserving, often cooking them, and adding layers of flavor. Next to cooking over wood fire, there's nothing more basic and caveman.  There's just one major problem with this particular hobby (true of many caveman-esque cooking experiments): it's impossible to pull off without outdoor space and a backyard. This isn't always a luxury we're afforded living in a city.

I have tried some indoor smoking experiments, including using a cookie tin and some wood chips to try to smoke a slab of bacon on the stove. But they usually turn out disastrously, gravely try my wife's patience, and everything ends up smelling like a campfire for days.

Wood, though, isn't the only substance you can smoke with.  A different smoking technique from the Sichuan province of China uses tea leaves instead, and once sealed into a wok with tin foil, they produce less, but more potent smoke .  At home, tea smoking can be easily accomplished inside of a wok on the stove.   There is plenty of aroma, and the apartment will definitely have a pungent smell.  But the fire alarms will keep quiet. Inside the wok, the warm smoke cooks the meat through and leaves it pungent and fragrant. 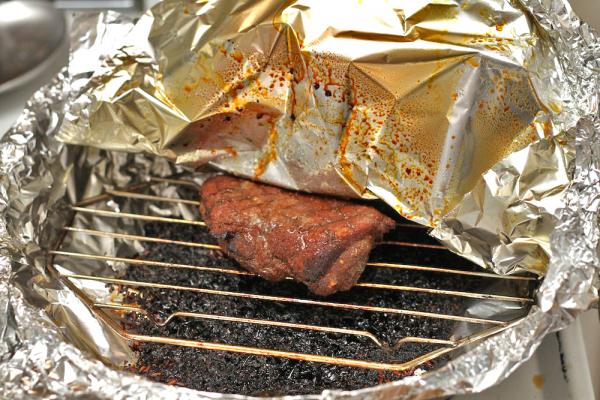 Duck is the most common meat from what I can tell -- Fuschia Dunlop calls smoked duck "one of Sichuan's most lauded delicacies" in her fantastic book _ Land of Plenty _ .  The whole duck is the proper way to make this dish, and it is ridiculously complicated, involving not just tea smoking but also a long marinating time, blanching, air-drying, steaming, and deep frying—hence my abbreviated experiment with just a duck breast.  This is by no means authentic, but it's in the spirit of the technique.

As for what kind of tea to use, it's pretty flexible: black tea is pretty common, so that's what I used. I also had a bag of green tea with mint leaves, so I spread that into the mixture, too.  The mint was amazingly pungent. I served it simply fanned out on some greens with a dressing of sesame oil, Chinese rice wine, lime juice, garlic, and ginger.

The key to the technique is to line the wok with foil (otherwise, it will literally never come clean) and to heat it just long enough to start producing smoke and flavor the duck.  Left on the heat too long, the smoke starts turning acrid, and too much of it will be produced.  The key is to generate the smoke and then seal it in so the meat absorbs it.  For a smoking rack, I used a little one I bought awhile back for roasting chicken in skillets--I've also heard of people using chopsticks like a grid.  Just something to keep it off the bottom of the wok. 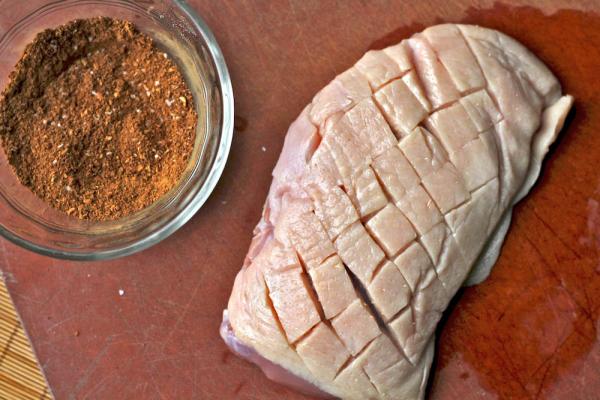 The first stage of the recipe involves marinating the duck in spices.  Traditionally, the marinade involves Sichuan peppercorns and a wetting ingredient like Shaoxing rice wine (a good substitute is cheap sake).  I ended up using a mix of spices known as Chinese five spice: Sichuan peppercorns, star anise, cloves, cinnamon, and fennel seeds. You can buy five-spice premade or mix it yourself -- just go easy on the cinnamon, advice I probably should have heeded myself.  Rub the duck with salt and spices, then run the wine all over.  Refrigerate for at least 12 hours to marinate. 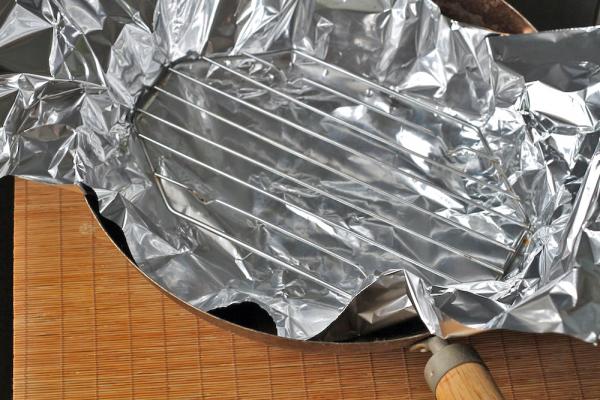 Next, line a woke with a large piece of foil that hangs at least 6 inches over each edge (it will be folded back over to seal the wok). 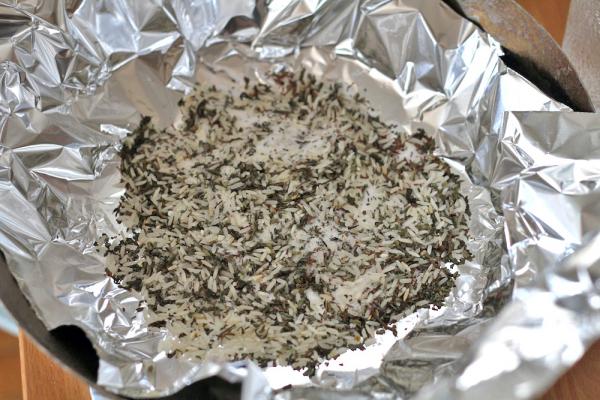 Combine the rice, tea, and sugar in the bottom of the wok. Place the rack inside the wok and put the duck breast on top. Over medium heat, begin cooking the tea mixture until whisps of smoke begin to appear.  Quickly cover the wok with a lid and seal it by crimping the foil all around (more pieces of foil will likely be needed). 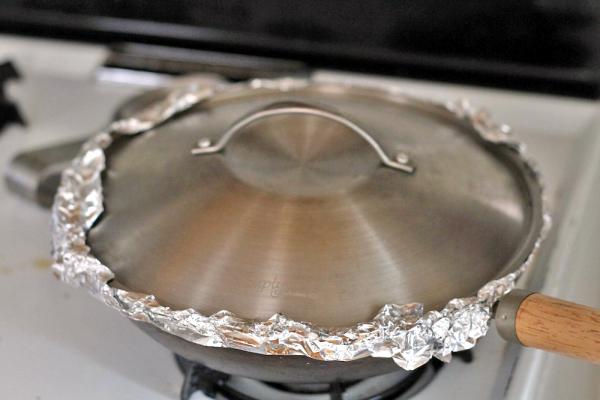 Continue cooking for 3-5 minutes more, until a respectable amount of smoke has probably been generated inside (there shouldn't be a burning smell at all).  Turn the heat off and allow to smoke for at least 10 more minutes, longer if desired.

Once cooled, slice the breast and serve. 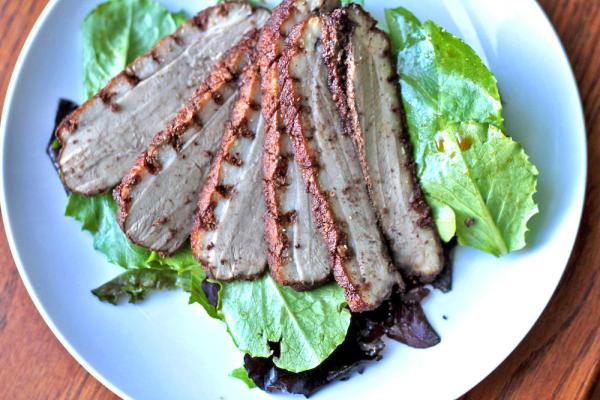