The Five Best Things I Ate in Oaxaca, Mexico

These are the five things I can't stop thinking about 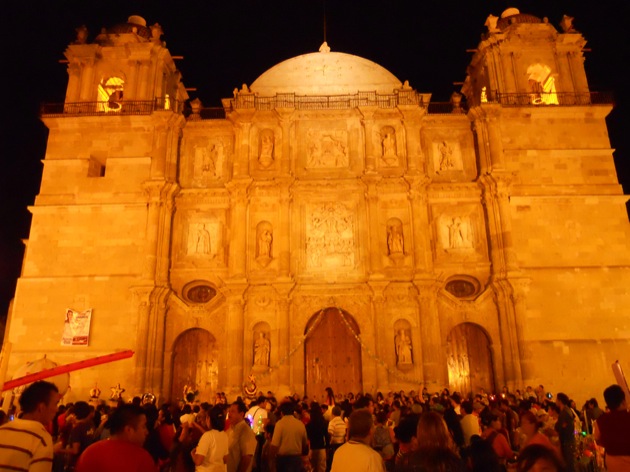 I went to Mexico to eat, and I handpicked the region of Oaxaca specifically because I figured I could eat there best. It’s a place where chiles, chocolate, and tomatoes have been growing for thousands of years, and where the holy trinity of corn, beans, and squash make up the local diet. Forget Italy, France, or Spain. Oaxaca is where my favorite food in the world comes from.

I spent two weeks walking its old colonial streets while studying Spanish, eating way more than any one person possibly should. I waited for my appetite to wane, and for some crazy hunger pangs for some other cuisine to hit, but it never happened. I rode away on that bus fourteen days later convinced I had only scratched the surface. I still had more to eat, and more to explore.

Excuse the overly dramatic title, but I can attest to the fact that I ate out twice a day for fourteen days. While nothing was even remotely bad, these are the five things I can't stop thinking about. Now, if you'll follow me into the smoke filled mercado... 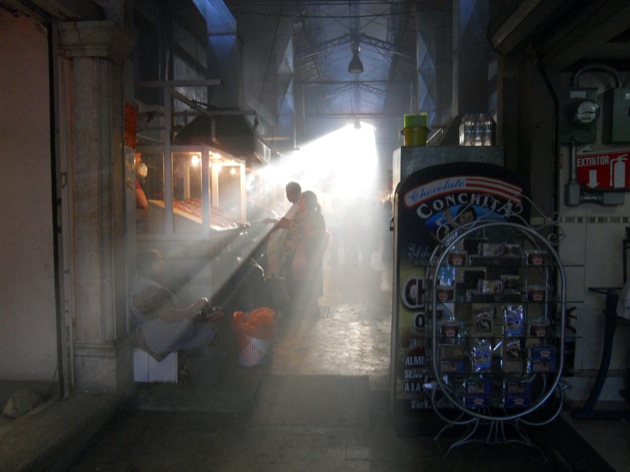 Literally, there was smoke.

I could see the smoke from the street, which billowed out in one long cloud of evaporated fat . How could I resist? I slowly strolled into the haze of the Mercado 20 de Noviembre, unsure of what was going on. Dozens of little stands were grilling all sorts of meat and onions over charcoal. But there didn’t seem to be any reason as to what was going on. Each vendor was cooking the same kind of meat, but there were no signs for how much things would cost. At the end of the hallways were a few tables. Unsure of what to do, I simply sat down and waited to see what they wanted me to do.

Finally, a waiter appeared and showed me some salsas. He then handed me a large tray with spring onions on them. I was supposed to hand this to one of the grilling stations, and then go from there. I randomly picked one, said “Mixto,” which I assumed would give me a sampling of everything, and handed them my tray. They threw the onions straight onto the charcoal, and then told me to sit down. An old lady came by to sell me tortillas.

The market, the salsa, the meat, and the final result.

A few minutes later, beautiful slabs of carne asada and fatty hunks of orange-tinged chorizo came for me. The tortillas were fragrant and soft, while the salsas were bright and spicy as hell. But it was the distinctly charcoaled cooked the meats that won me over, and helped make these the best taco of my trip. 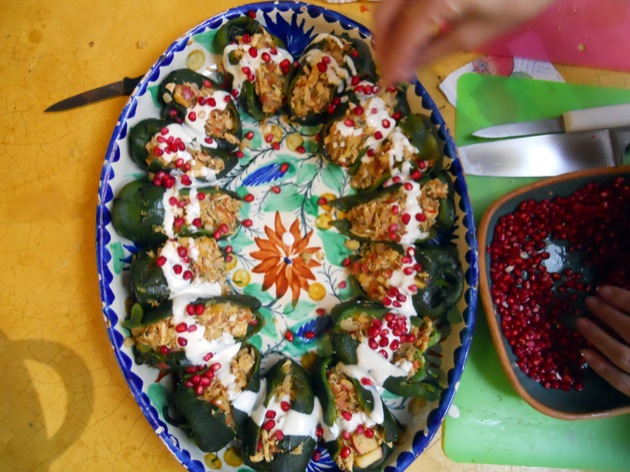 I didn't eat all of these by myself...

My trip was a collection of fortunate accidents. I didn’t come to Oaxaca with many plans other than to learn a little Spanish and eat everything in sight. In fact, it was only the day before I left that I ended up at Casa de los Sabores cooking school with Pilar Cabrera.

At the same time I’d been trying to track down a perfect version of chiles en nogada , a celebratory dish in Mexico featuring poblano chiles stuffed with a meat and fruit mixture, and topped with a walnut sauce and pomegranate seeds. Though it’s much more of Pueblan dish than a Oaxacan one, I figured there would be one place that could satisfy my craving.

So imagine my surprise when the dish just happened to be on the cooking school menu. It did not disappoint. The chiles were heavily charred on the oven’s burners, and then stuffed with a chicken, apple, pear, and raisin mixture that was laced with all kinds of spices. The sauce was only sparingly used, so that the interplay of stuffing and chile was maximized. 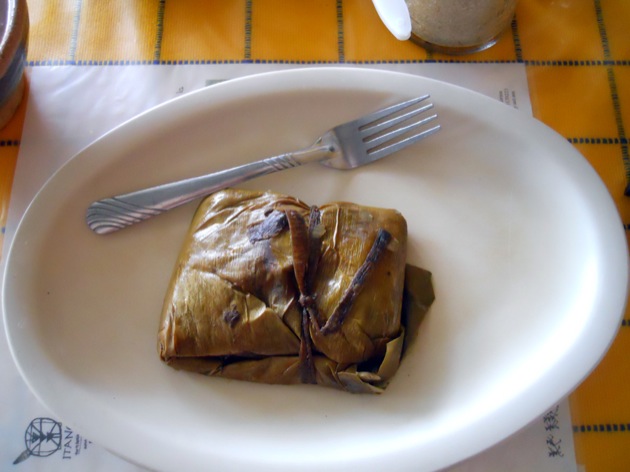 Tamales look their prettiest with clothes on.

A temple to corn, Itanoni was recommended to me by a commenter on Serious Eats who dryly mentioned that it was “one of the most powerful eating experiences of my life.” I became addicted. Each dish was dedicated to maintaining the integrity of corn, with some dishes featuring specific varieties from very small farms. 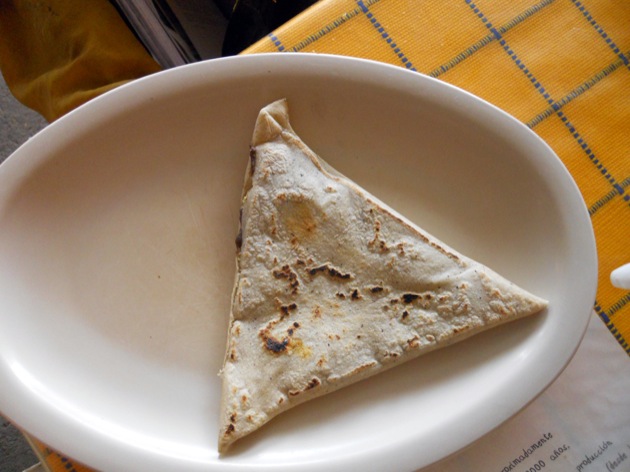 The telelas stuffed with mushrooms and cream.

Essentially everything at Itanoni could have made the list, including some mad memelitas (thicker corn tortillas topped simply with cheese and beans) and the tetelas (large tortillas stuffed with various things like mushrooms and cream, and folded origami-style, into a large triangle).

But it’s these tamales that I’ve continued to dream about. I’ve had plenty of great tamales before, and even made some myself , but never had the masa been this fragrant and delicate. And I haven’t even gotten to the mole. While not as complex as my #1 dish, it was rich and lusty, which was just the right complement to such an ethereal and damn near perfect tamale as this one. 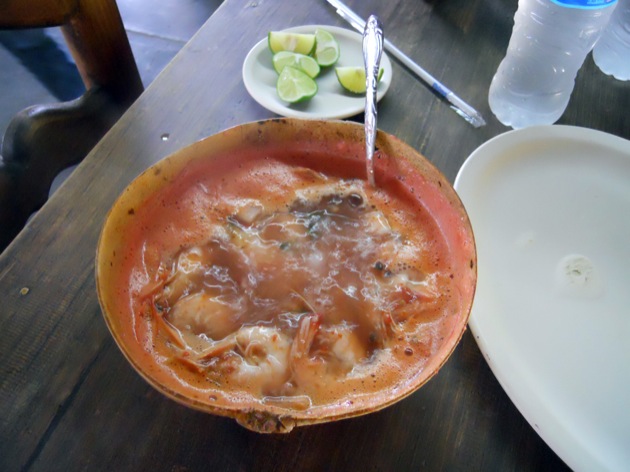 Remove the rock before eating.

Caldo de Piedra is the stuff of fantasies, or at least TV. I first heard of this place Gourmet’s Diary of a Foodie , which showed this strange place where soups were cooked by plunging raging hot rocks into gourds filled with broth and seafood. The liquid immediately began to boil, almost instantly cooking the soup. 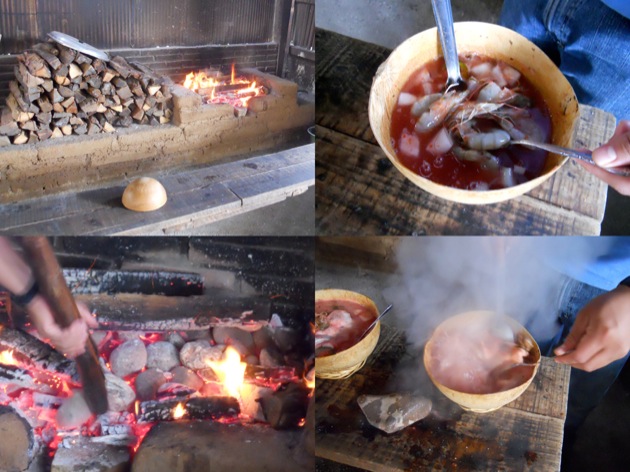 The fire, the raw soup, the rock, and the damage done.

I thought it would be a fascinating experience, you know, something I could say I’d done (I can’t imagine stone soup making it past the health inspectors in the States). But I didn’t expect it to taste so good. After the bubbling subsided, I sat there with my nose over the bowl, inhaling the delectable mixture of tomato and herbs, along with the aroma of shrimp. Each spoonful was brothy and spicy, while the shrimp were juicy and perfectly cooked. Believe me, I've already looked around my condo building for some perfectly sized rocks to do this at home. 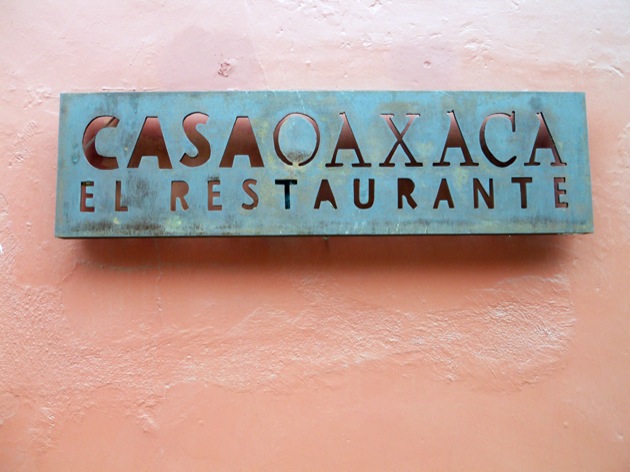 Nearly an hour after the meal I was still haunted with the smell. It was the warming, soothing glow of mole which took the night to fully dissipate. Like how the best barbecue lingers in your nose for hours, this mole negro with turkey didn’t want to let go of me, and I was all to happy to have it stay. It came from Casa Oaxaca , which is regularly mentioned as the best restaurant in the city. And what can I say, other than that everyone is right. 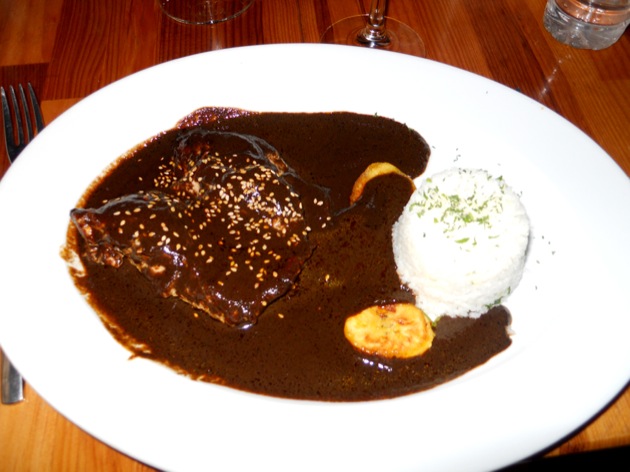 Everything, and I mean everything, that my wife and I ate was stunning. The mushroom soup with hoja santa and squash blossoms could have easily made the list (It probably would have had the picture come out better). But my god...this mole. I stumbled over dozens of excellent moles on my trip, but none that were this perfectly balanced between being decadently rich, slightly spicy, and utterly intoxicating. The trump card might have been the turkey breast, which felt oddly succulent. That is not something I’ve ever really said about turkey before. But that doesn't even begin to explain why I can still smell this dish when I close my eyes, or why I have to get back to Oaxaca to experience this one more time.