We asked Schnack what the beer shake recipe was, and they said they use 3 oz. of ice cream mixed with 3 oz. of dark beer.  We went with the cheapest vanilla we could find and a six pack of McSorley's ale, which is pretty cheap and basically tasty.  On second thought, a dark stout might have been the better choice--Guiness is practically a milkshake anyway.  The carbonation in our version made it hard to blend, and the flat beer made the shakes too much on the thin side. 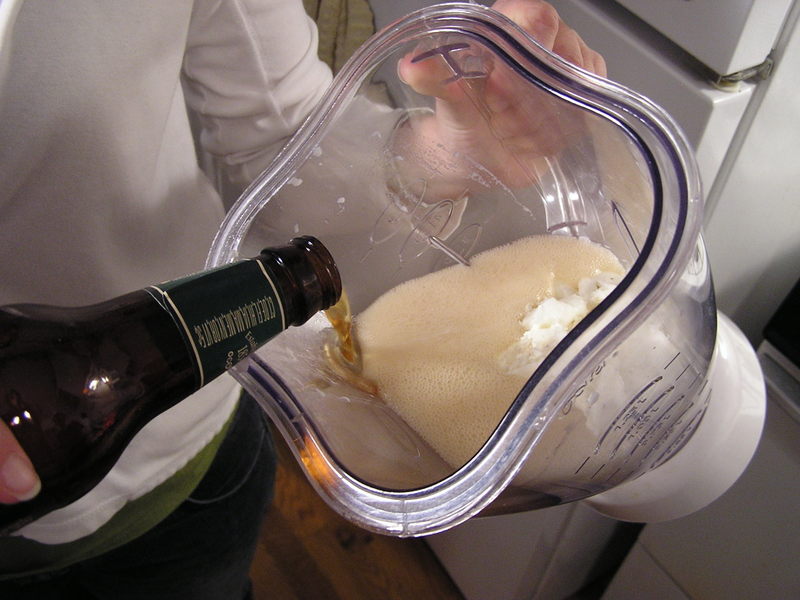 Nick made the hamburgers and I tried to make an impromptu potato dish. This is a picture of Nick's girlfriend, who made the shakes.  She's a schoolteacher on spring break making beer shakes.  "I hope this song finds you fame / I want school kids on buses singing your name." 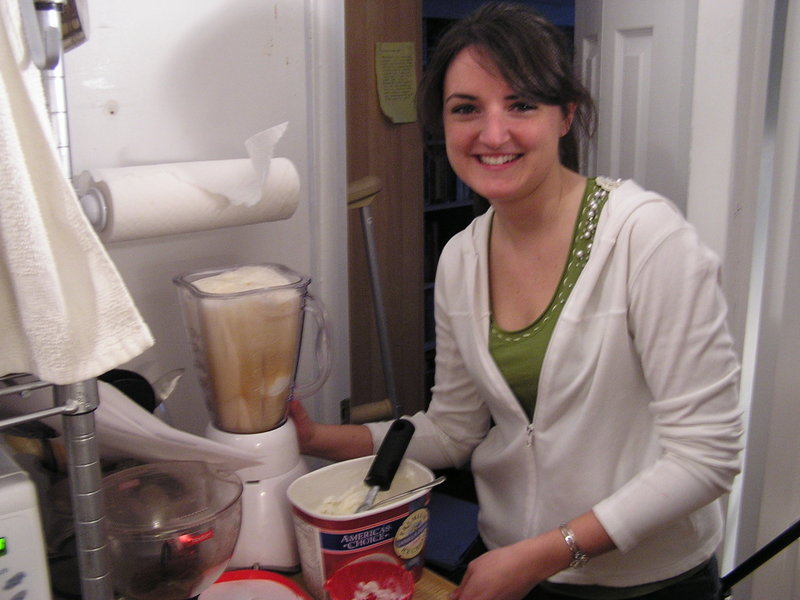 While the burger turned out well, the potatoes turned out soggy and generally awful.  They were supposed to be french fries (I think), but for some reason I boiled the potatoes first, then tried to fry them: this resulted in oily mush.  Yum!  That's okay: "Popular culture no longer applies to me."  But seriously, the burger was unbelievable.  Forget the usual fifteen-condiments version with ketchup and mustard and whatever else.  Get high-quality beef, nice buns, and chip in for the rather expensive Roquefort cheese.  Fantastic. 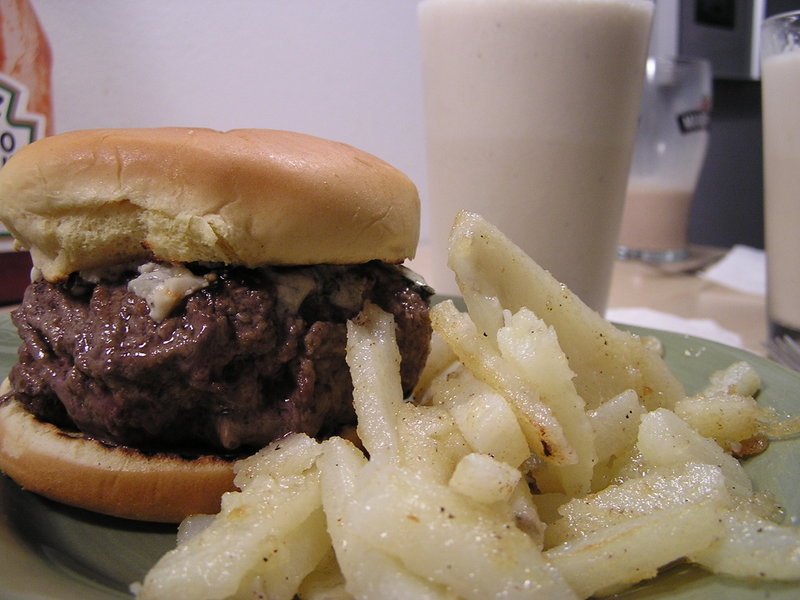 Here's the thing with beer shakes: they're great at first, strangely bitter when you want them to be sweet, but tasty.  Then they just start tasting like ice cream mixed with beer, i.e. they don't become something more than the sum of the parts.  And when one half of your brain is saying, "more beer!" the other half is saying, along with your stomach, "please stop putting more of this stuff down your throat."  See, nobody drinks a milkshake and says "Gee, that was great, I'd like a whole 'nother one of those."  Beer, on the other hand...does.  Anyway.

It was time for the concert. 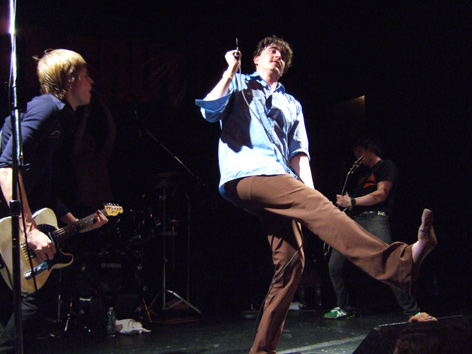 "Honeypie, I don’t know when it started, stop buying your albums from the supermarket. / They only sell records that have charted, and Art Brut, we’ve only just started!"

We ended up second row and quickly met a girl who shoots photographs for Rolling Stone.  She was very nice and took a picture of us yelling at the band to their opening riff, Metallica's "Enter Sandman," which quickly turned into "We Formed a Band".  In general the show was perfectly executed, and when lead singer Eddie Argos came into the crowd, I touched his sweaty stomach.

At the end, I begged a roadie for a drumstick and wrestled it away from somebody, proceeding to tell strangers about it and bang it against things as we waited in the unbearably long coat check line.  When we got home there was a photo shoot: 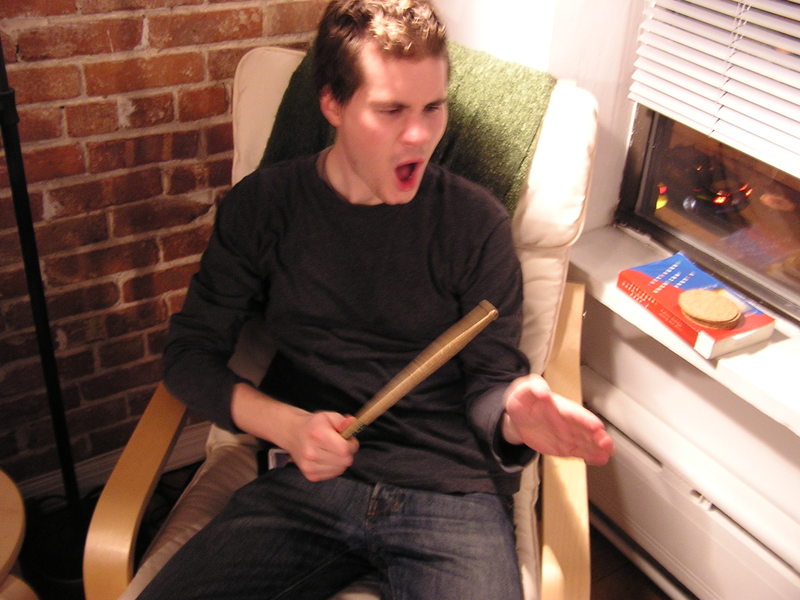 Here is the high-falutant intellectual comment, which I'll give no context for:

Art Brut designates “works executed by persons unharmed by artistic culture, in which mimesis, in contrast to what happens in the case of intellectuals, has little or no part at all. Consequently, the authors draw their inspiration (themes, materials, the means of transposition, rhythm, different styles of writing, etc.) from their resources and not from the clichés of classical or fashionable art."
-Jean Dubuffet

Talking, of course, not about the band but about the the idea of "art brut", which is meant mean "outsider art," (literally "rough art").  Outside of the Institution, the canon, culture itself.  Speaking of which.

Modern art
Makes me
Want to rock out

We highly recommend that you pre-order Art Brut's US release , which happens on April 18th.  It's also available on Itunes, where you can hear samples.  And we recommend the Roquefort cheese hamburger.  And we kind of recommend the beer shakes.

With all credit for Art Brut photos to Product Shop NYC .  We, ah, didn't bring a camera.  Rock out!