How to rescue a childhood horror. 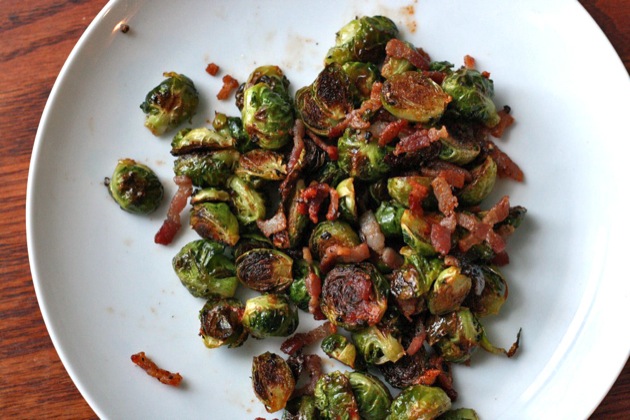 The hatred of brussels sprouts: a childhood universality. It's part of growing up.

But is it really fair? As children, we harbor a distaste for most vegetables, from peas to asparagus, but a special place in hell is reserved for the sprout named after Brussels, and it seems to extend to adulthood. Most kids hate asparagus, but most adults love it, especially with a little hollandaise or topped with a fried egg. Not the humble sprout. Its reputation is continually sullied.

Here's the good news: they can taste remarkable if you cook them properly. Caramelized and golden, they become sweet and addictive (spoiler: we're not going to be boiling them). As is true with most things, true enough to make it a principle of cooking, brown is flavor. Almost without exception. As close as possible to the moment when something turns black, the better it's going to taste. Whether its actual caramelization, the browning of natural sugars in the food, or the maillard reaction, a complex interplay of sugars and amino acids that's responsible for the crust on a great steak, to the tongue it's all the same: great flavor. 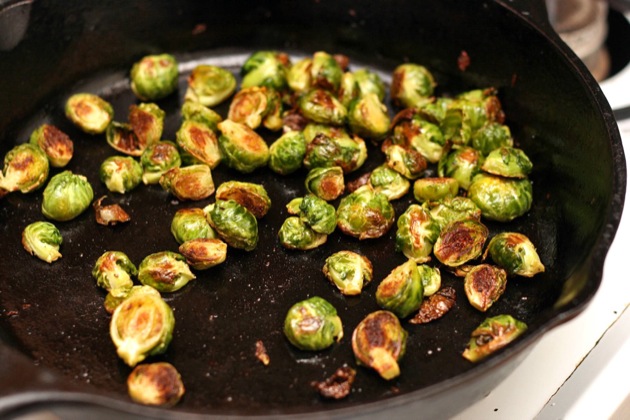 Brussels sprouts belong to a plant group called Brassica , which also includes cauliflower, broccoli, and cabbage. All of these vegetables are remarkably resistant to burning. You can throw cauliflower in a 500 degree oven and roast it within an inch of its life, even until it starts to turn black, and it will only taste better.

Brussels sprouts are the same way. You just cook the hell out of them, toss them with balsamic vinegar, and call it a dish. If I were organized, I would have timed this article for Thanksgiving, as a perfect side dish. But nonetheless, the gospel of Brussels sprouts ought to be preached.

For this article, I went with a David Chang recipe I found in an article on GQ.com, in which some bacon is cut into matchsticks, fried up in a skillet, then the sprouts are caramelized and roasted in the rendered bacon fat. A squirt of spicy sriracha and a splash of lime juice brings a bracing spicy-tart against the sweet-salty-bacony sprouts. It's kind of marvelous. And it takes about 15 minutes to make.

But they're just as good with a little olive oil and balsamic. The elements you need are high heat, salt, fat, and some kind of acid.

What's your favorite way to doll up this misunderstood vegetable?

Brussels Sprouts with Sriracha and Lime 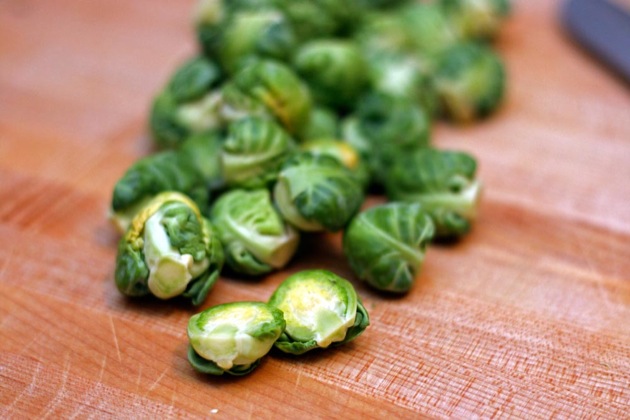 Splitting the sprouts down the middle is a little painstaking, but it's essential to expose the sprouts to as much caramelizing surface area as possible. 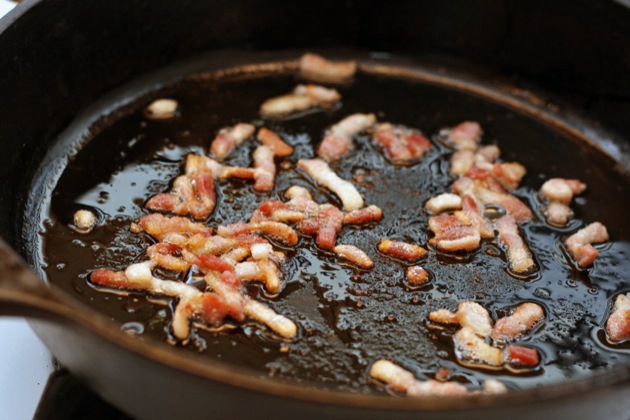 Do all good things begin with bacon?

Preheat the oven to 400 degrees Fahrenheit.  Cut the bacon into matchsticks and heat in an oven proof skillet.  There should be enough fat in the bacon, so oil isn't needed.  Start over high heat until they start to sizzle, then lower to medium-low to allow them to crisp slowly without burning. 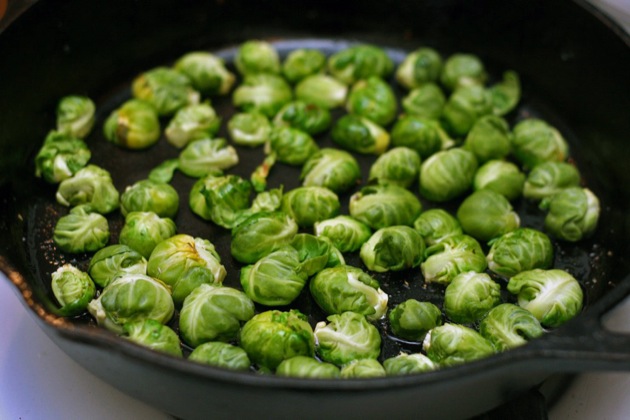 Once the bacon is as crisp as you like it, remove it with a slotted spoon, leaving some of the fat in the pan (enough to coat the sprouts well).  Lay the sprouts cut-side down and turn the heat to medium-high. 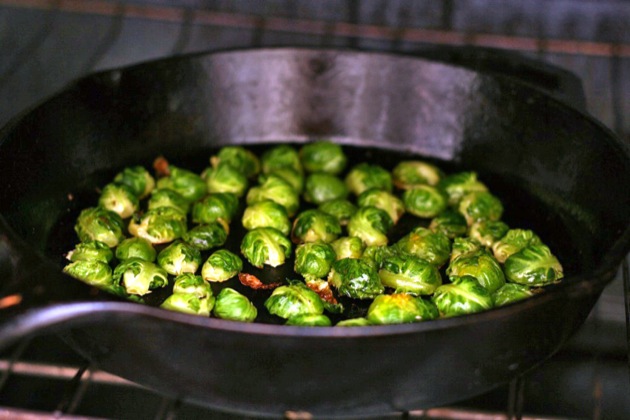 Ready for the oven

Cook the sprouts until they start to take on a golden brown color on the underside.  Then transfer them to the oven to finish roasting.

After 5-8 minutes, bring the pan out and shake it a little bit.  Taste a small sprout -- it should be sweet and tender all the way through.  They'll probably need another few minutes.  Remember, it's pretty tough to overcook them, so err on the longer cooking time.

Once tender, return the bacon to the pan and season them to taste with salt and pepper. Squeeze in some sriracha and lime juice to taste and serve.