Some pasilla chiles and avocado leaves make all the difference. 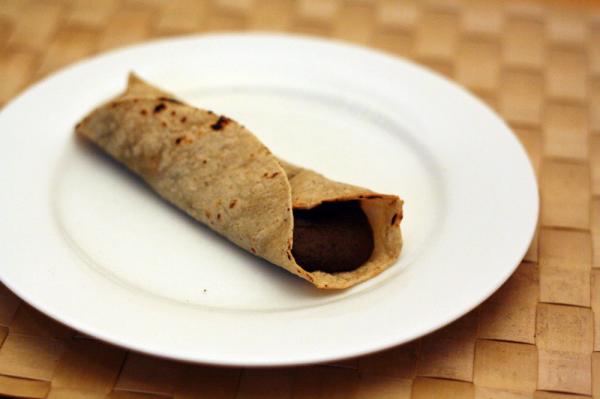 If you happened to stumble across the recipe for “Seasoned Black Beans” in Diana Kennedy’s Oaxaca al Gusto there wouldn’t be much to immediately keep you from turning the page. Dont get me wrong, it is housed in a beautiful book, it is just that besides the boring name and lack of picture, this is all Kennedy says in the headnote: “This fried bean paste is used for filling tamales, for tetelas, or to accompany tasajo or eggs for almuezo.” Basically, this a filler recipe, one that is a sub-recipe of some larger more wonderful creation. What she doesn’t say, and what I learned the hard way, is that it also is the single greatest recipe for refried black beans known to man (or at the very least, the best recipe I’ve ever made at home). They are so good you don’t anything else to make them great. What makes them great? To be sure, I wasn’t really on the search for a better refried bean recipe. I always figured that making good refried beans at home was as simple as making your own beans, and then frying them in good lard. The porky fat helped lend each bite a meaty, luscious flavor. But that's only part of the story.

I realized pretty early on during my trip to Oaxaca in the fall that there was something else in the beans. Another substance was lending each bite this wonderful mint like essence, and a hint of heat. I might have been in Mexico to learn Spanish, but my own conversational skills at the moment were pathetic, so when I asked politely I could never quite discern what that magic ingredient was.

I figured I'd just chalk up the difference to the magic in the air, a not completely illegitimate concept for those that have visited the old colonial city, spiritual home to chilies and beans.

So imagine my thrill when I found out that Kennedy was just getting ready to release a tome about Oaxacan cuisine, a book that took her nearly 25 years to complete. At first it was only available in Spanish, but a week or so after I returned I picked up my own copy and the first recipe I tried was this one.

Like most secrets in Mexican cuisine, the chile is involved. In this case, the complex pasilla adds a gentle heat, along with a range of other flavors. The other secret was dried avocado leaves, which add the herbal counterpoint. Some roasted garlic lends some sweetness, and basically we are done. No crazy herbs are needed, nor any expensive ingredients. Sure, it’d be great as a filling for tamales, or as a side for eggs. But it’s pretty perfect just spooned onto a corn tortilla. 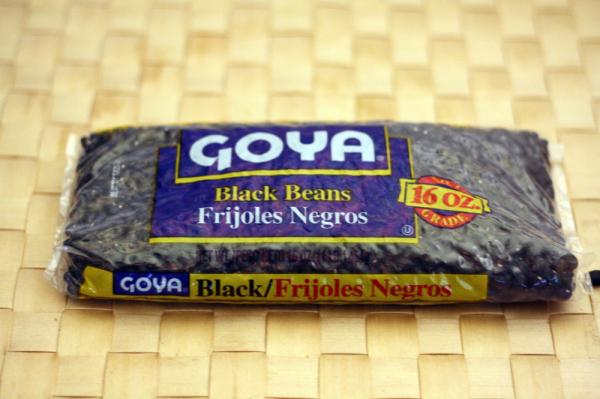 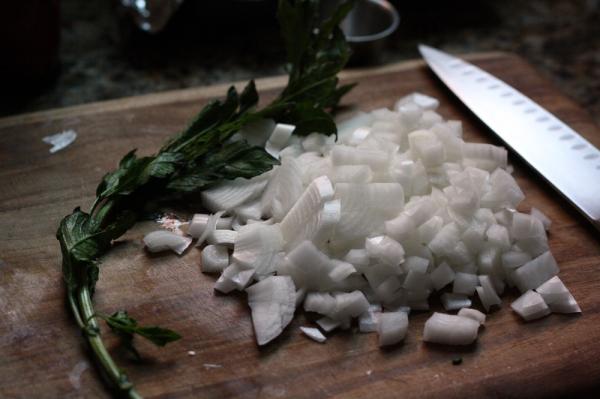 Preheat oven to 250 degrees. Meanwhile, add all the ingredients to a dutch oven. Pour in enough water to cover contents by 1 1/2 inches. 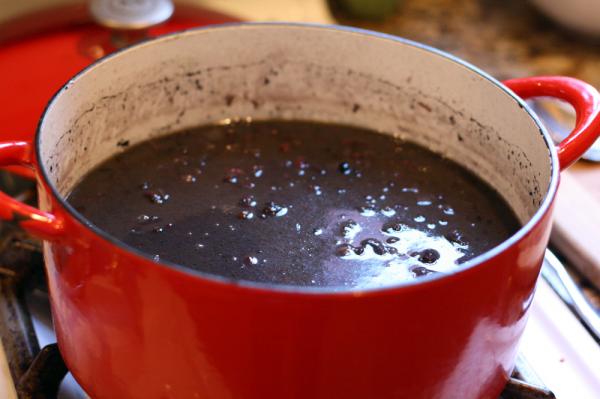 Turn heat to high and bring to a boil. Once boiling, cover the pot, carefully place in the oven, and let cook for 75 minutes, or until the beans are tender. 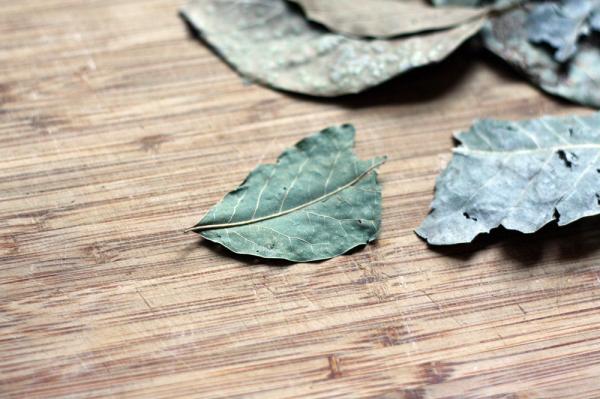 Place a heavy dutch oven over medium-low heat. Add garlic cloves, and cook, flipping often so they don’t burn, until they are lightly browned and very soft, about fifteen minutes. Set aside to cool, and then remove skins and place in a blender. 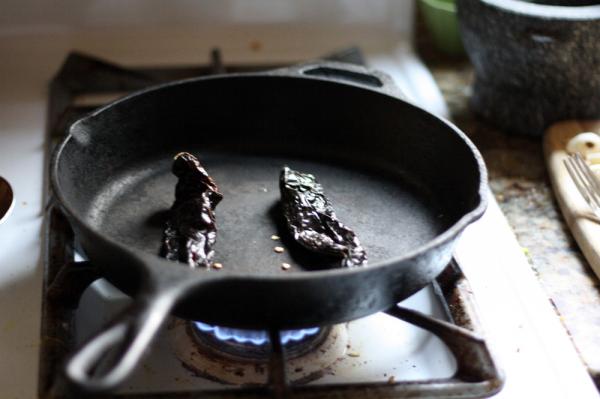 In the same pot, turn heat to medium and toast chiles until soft and fragrant, but not burned, about ten seconds a side. Let cool, and then chop and place in blender. 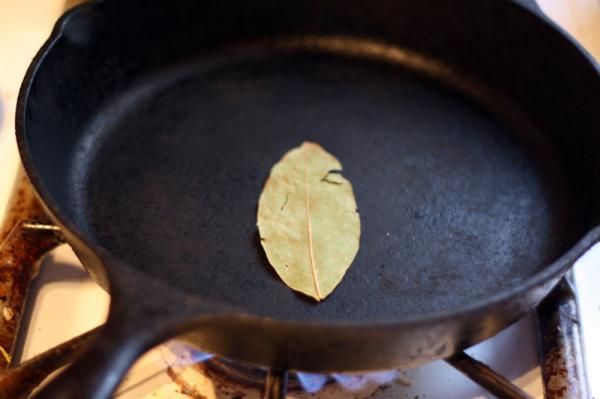 Toast avocado leaves until very fragrant, about 5 minutes a side. Transfer to blender. 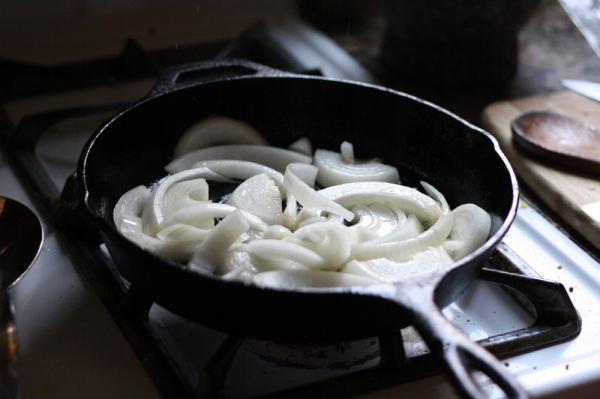 Add lard to dutch oven (Note: I first did this in an iron skillet, but had to transfer the lard to a dutch oven because the beans took up more room. You might as well just start in the dutch oven). When melted, add onions and cook, stirring often, until onions well browned. Turn off heat. Remove with a pair of tongs, leaving as much lard in the pot as possible. Transfer onions to blender.

Add ½ cup of the bean broth to the blender. Puree for 30 seconds or so, and then add a cup of beans. Continue process until all the beans have been added. Continue to blend until it is “almost smooth.” 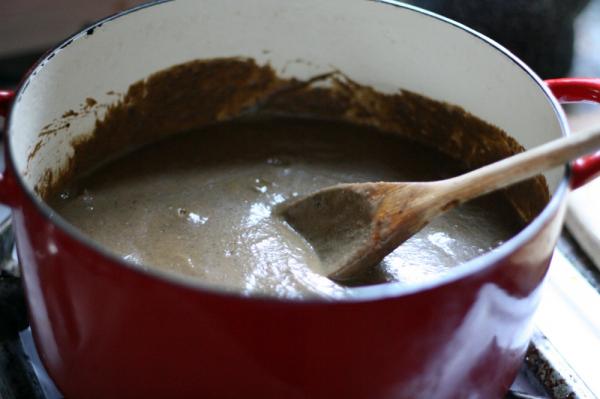 Turn the heat to medium-high for the dutch oven. When lard is shimmering, dump in the beans. Grab a wooden spoon and stir constantly, until beans have reduced down to a thick paste. The beans will splatter heavily, so be careful. You can partial cover the pot to keep the beans from splattering all over the kitchen. This will take 5 to 10 minutes. Make sure that none stick on the bottom. Season to taste with salt.