Baba Ganoush and a Fear of Eggplant 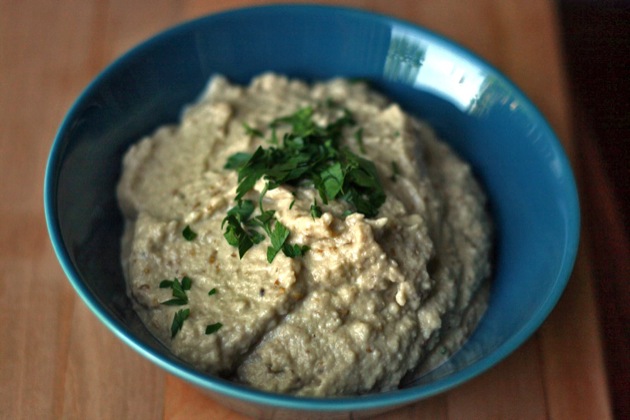 When it comes to Middle Eastern dips, hummus hogs most of the love and attention. (The New York Times recently reported that hummus is "catching on" in America, where it dominates the $325 million-a-year refrigerated flavored spreads category). You see tubs of it everywhere, and for good reason: it's a great snack to have around.

But there's another beige spread (now doesn't that sound appetizing?) that gets short shrift when it comes to Middle Eastern dips. Baba ganoush has a similar texture to hummus--and an almost identical ingredients list--but instead of pureed chickpeas, the bulk comes from an eggplant. The eggplant is usually roasted or grilled, which gives it a smoky, rather intriguing flavor.

Now, full disclosure: I'm a very eggplant-suspicious eater. In fact, I have a fear of eggplant. All I can think about is when eggplant goes wrong: bitterness, slimy texture, and greasiness. I can tolerate it, even like it, in certain preparations--in curries and as apart of ratatouille--but I usually take some convincing. Probably because I've eaten so many bad incarnations of this often-mistreated vegetable. When it's good, it's very good--but when it's bad it's awful.  Bad green beans, for example, are tolerable.  But bad eggplant is about as terrible as food gets.

But I think just about every vegetable that people don't like is probably due more to the way it's prepared (boiled cauliflower vs. roasted cauliflower, boiled Brussels sprouts vs. pan-roasted Brussels sprouts--seeing a pattern?) than an intrinsic problem with the vegetable itself. The way you prepare baba ganoush, in fact, solves all three things I hate about eggplant.

The bitterness: apparently, much of the bitterness is in the moisture of the eggplant, which is why some people swear by salting it beforehand, which draws out liquid. In this case, the more it collapses while grilling, the more it's losing water, so by the time you're done cooking, it has a much milder flavor. 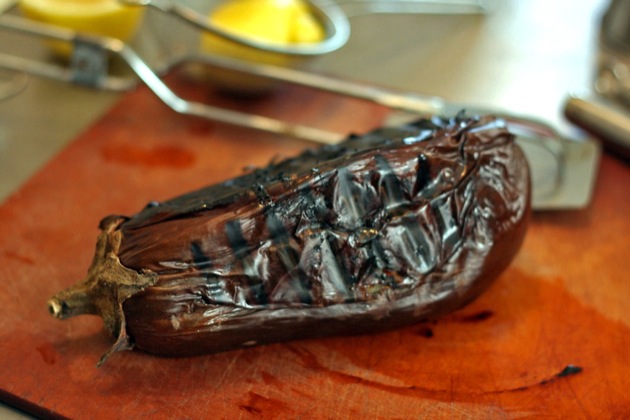 The texture: well, we're pureeing the thing into a dip. So that was easy.

Finally, the greasiness: the final trick here is that there's no oil in the cooking process at all, because the skin protectes the flesh while it cooks. Since it will be peeled away anyway, the charring and blackening the outside is not an issue. If there's one thing that can make eggplant the most unappetizing, it's that it tends to soak up lots and lots of grease. Problem solved. 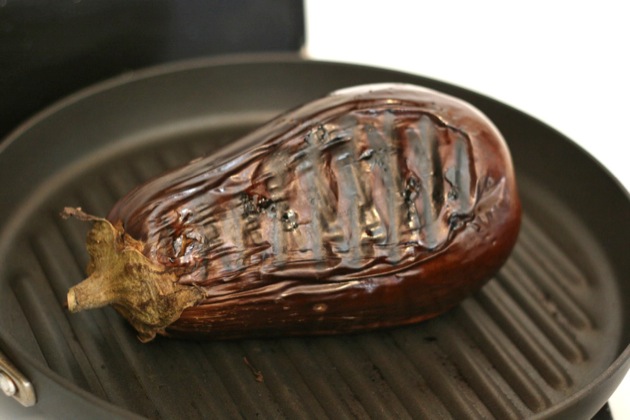 My favorite part is when you take the eggplant out of the grocery bag and plop it down on a grill or grill pan with no prepping whatsoever besides jabbing it all over with a fork to allow moisture to escape. Then you wait until it gets all charred and collapsed, slip off the skin, and puree the flesh with tahini, garlic, olive oil, and lemon juice. And you're done.

*Unlike when choosing lemons or limes, when heaviness is a good thing, you want to choose an eggplant that's lighter.  Because, yes, it will have less moisture and therefore less bitterness.

Heat a grill or grill pan over medium heat. In the meantime, puncture the eggplant all over with a fork to allow moisture to escape. 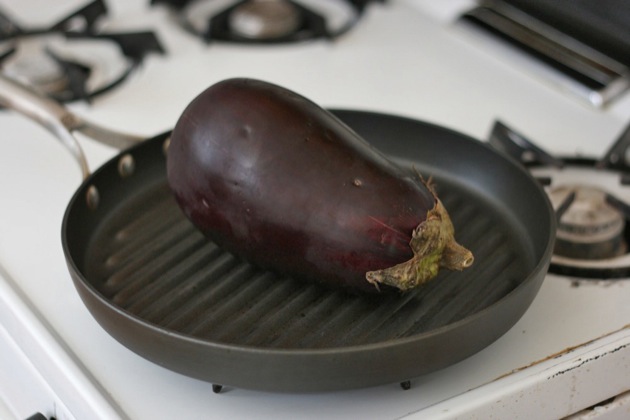 Grill it until collapsed and soft, turning occassionally, 15-25 minutes.

Split the skin with a knife (if it doesn't split on its own) and peel it away from the flesh. Slice off the top of the eggplant and roughly chop the flesh. 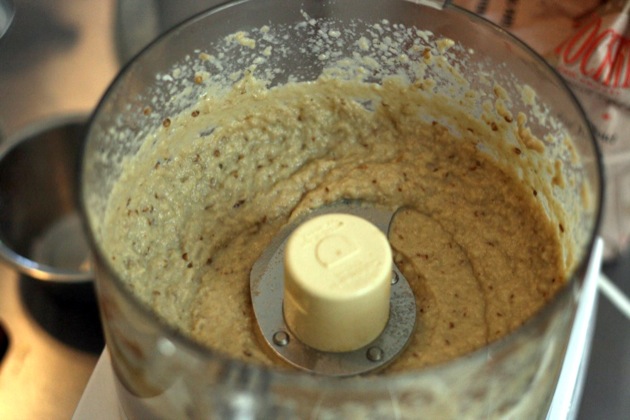 Transfer to a food procesor or blender with the remaining ingredients and puree until smooth. Season to taste with salt.