Department of Basics | The Fruit Crisp

One dessert it doesn't hurt to have in the repertoire 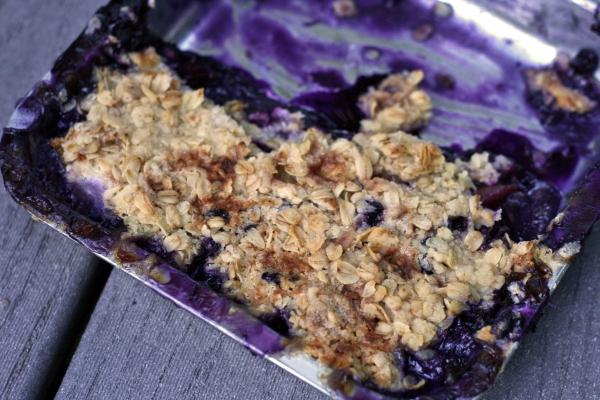 It's probably become clear to most readers that this is not a food blog where you read about desserts, and for that matter, about baking at all. There's a good reason. We're no good at it.

Cupcakes and chocolate cakes and other frivolous foods are the specialty of other writers.  Besides a post or two about bread (we're pretty proud of our olive-and-herb-studded foccacia and the lengths explored for the perfect cucumber sandwich loaf), we're mostly about sear, braise, and savory.

I'm on the other side of the Lake from Chicago this weekend, in a little cottage in Michigan, and the markets here are fantastic. Yesterday we found ourselves with a few perfect local peaches and a bowl of late-season blueberries. And all I really wanted was to make them into a dessert. So it was time to learn something new. And jeez, was it easy. 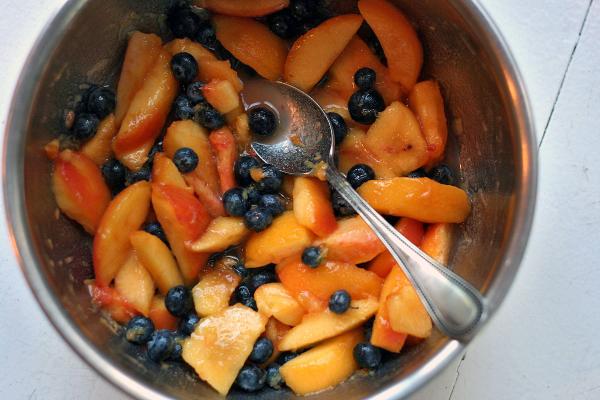 The fruit crisp (also known as a fruit crumble, though perhaps some grumpy commenter could point out that they're totally different things—please enlighten me) turned out to be a baking project worth the hassle. Mostly because there wasn't much. The fruit crisp is easy, unrefined, and tough to mess up. 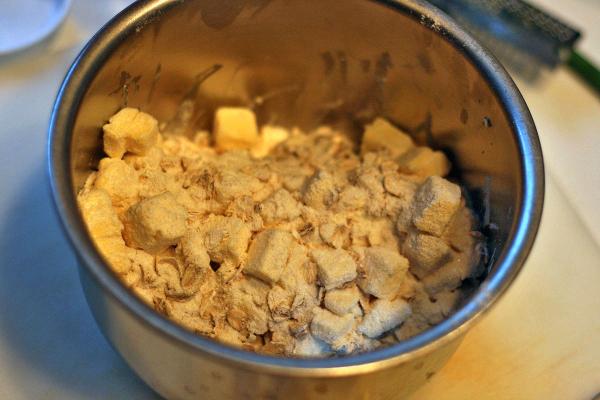 A pie is a lot of work without guaranteed results, but with the crisp you make two things quickly: first, toss the fruit with flour, sugar, and maybe some lemon zest.  Second, make the topping with more flour, sugar, oatmeal, and also butter, then you top the first thing with the second thing and put it in the oven. About ten minutes to pull together before starting dinner, and ready when you're finished eating.

Even a measuring cup is unnecessary; it works quite well if you use equal parts flour, sugar, and oats for the topping . Perfect for that random vacation house you happen to be in. 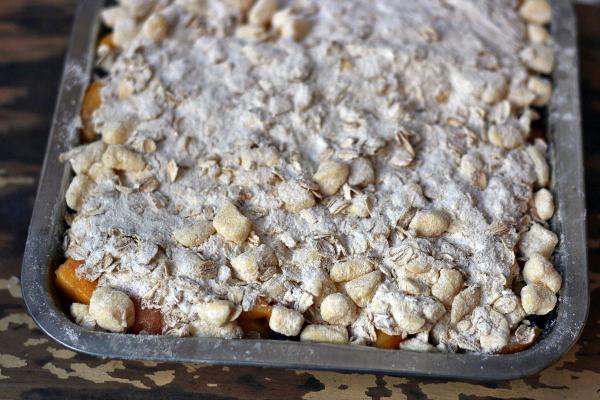 Here are just a few rules to a successful fruit crisp:

Here, I used peaches and blueberries, which are a good average for a filling (blueberries release a lot of liquid, peaches less so).

Preheat the oven to 350 degrees.

Toss the peaches and blueberries in a shallow baking dish with the lemon zest, flour, and sugar. Spread out evenly in the dish.

In a bowl, stir the sugar, flour, salt, and oats together with a fork. Add the cold butter and break it up steadily between your fingers, aiming for chunks a bit larger than a pea. Work quickly to avoid melting the butter too much. The smaller the pieces, the finer and grainier the crisp topping will end up. 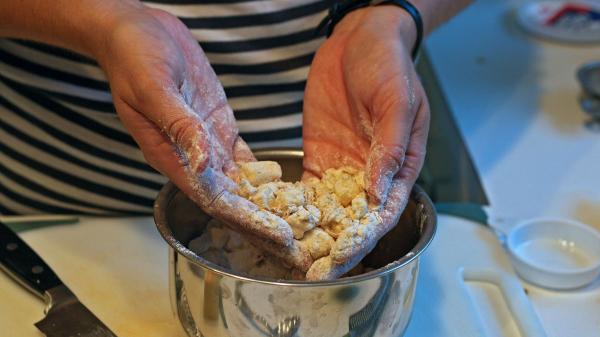 Top the fruit with the crumble, then transfer the crisp to the oven with some foil underneath the pan to catch whatever bubbles over. Bake until you can smell it and the topping is nice and golden, an hour or sometimes longer. 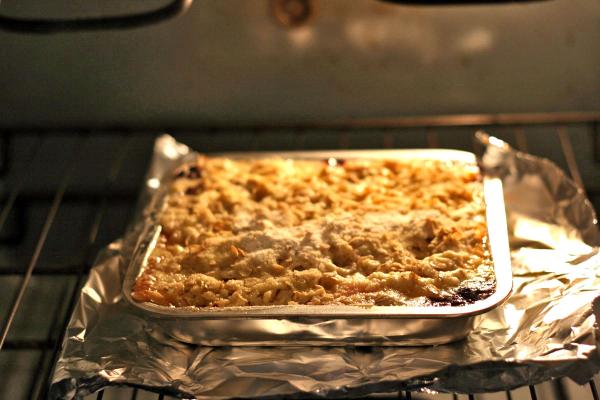 Allow to cool for ten minutes and serve with vanilla ice cream or thick Greek yogurt.