I Hate the Mac Snack Wrap: A Rant

The Big Mac will always be better. 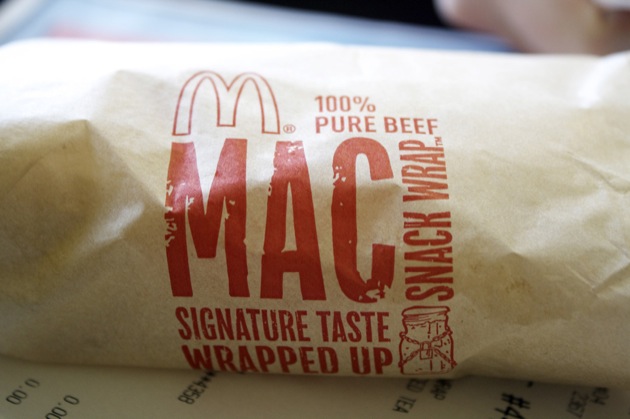 I should apologize in advance for this fast food rant. I've never indulged in such a tirade before, but I simply couldn't resist this one. Regularly scheduled content will return later this week, I promise.

The Mac Snack wrap is the stupidest, most idiotic, dumbest fast food creation I've ever seen. It purports to be a Big Mac in flour tortilla, except it betrays logic and any culinary common sense. From the moment I saw the commercial I knew why it sucked and why it must be destroyed. And after setting off to McDonald's to taste it next to the Big Mac I am certain in my convictions. Since no one else (that I can tell), has stood up and cried foul against the machine, then I will. 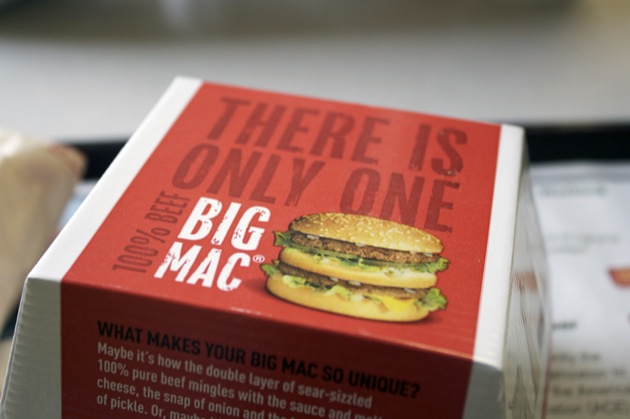 Cry with me, Big Mac. Until this weekend, I hadn't eaten one in 8 years. And after this experience, I have no interest in ever having one again. The Big Mac is an imperfect sandwich. The bun is too sweet, the meat is inhumanely raised AND frozen, the vegetables are watery and bland, and the special sauce is way too creamy and way too sweet. But...it has one redeeming feature that has kept it alive as a legitimate creation: the middle bun. 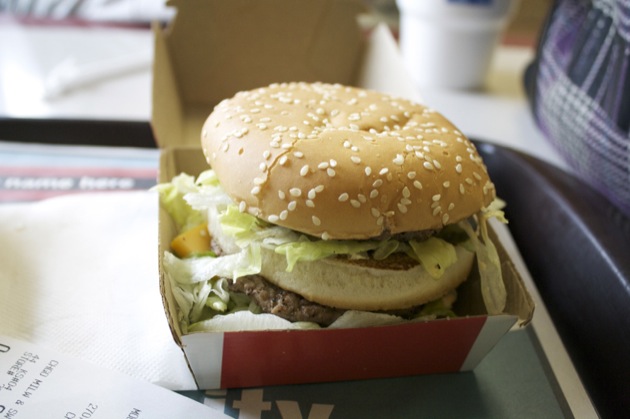 In a dream world of perfectly-executed Big Macs, when the meat is cooked to order and screaming hot from the griddle, it would soften that middle bun to create a glorious juice-laden layer. Josh Ozersky describes this phenomenon perfectly in his book, The Hamburger: A History (Icons of America) .

"...the middle slice of bread, lacking any crust, absorbs the beef juices from the hamburgers both below and above it and quickly becomes a kind of Yorkshire pudding. The resulting richness changes the whole burger's flavor profile, adding a lushness to the sandwich's mouthfeel..."

Ozersky is actually describing a Big Boy cheeseburger , the first double decker cheeseburger to gain acceptance. It took Jim Delligatti, who had once worked at a Big Boy, to bring the Big Mac to McDonald's. The Big Boy's version, if I remember correctly, is better than the Big Mac because they take the time to do things right. And though occassionally a Big Mac comes out of the box like a perfect commercial, it more often than not comes out looking like a horror show shown above. But the main point is that the sandwich as a concept works. Though the execution at McDonald's may fail for any number of reasons, it's structure is still true. It is not a lie. 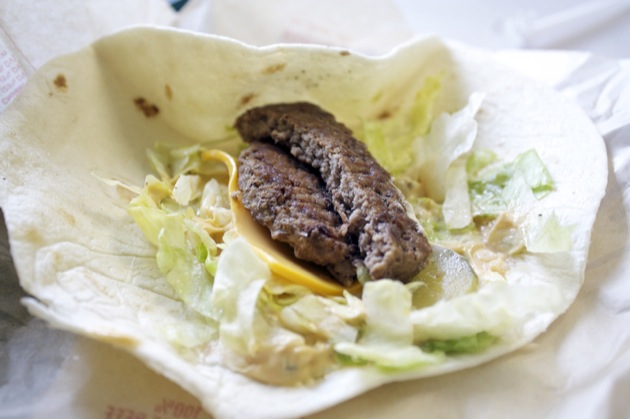 The Mac Snack Wrap, on the other hand, is merely half a regular burger that has been sliced into strips, and laid on a tortilla with shredded iceberg lettuce, onion, pickle, unmelted American cheese, and gobs of that (already) too sweet special sauce. The white tortilla is no match for the caloric avalanche that comes forth. The end result is a funnel for cheap food. Without the bread, the ingredients are exposed for the lies they are. The meat (never McDonald's strong suit), is reduced to filler without an ounce of juiciness. There is no balance, no semblance of coherent thought with this monster. One bite, and I felt sick to my stomach. 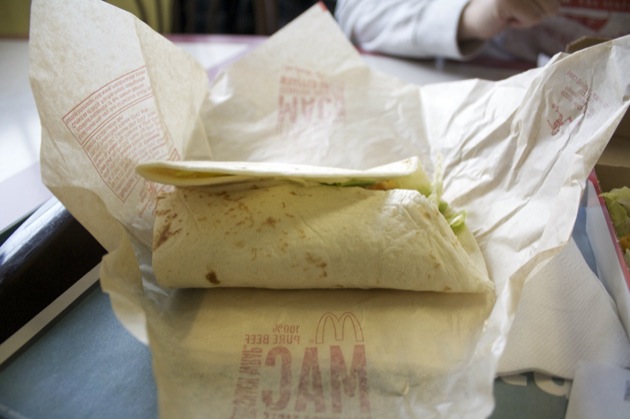 It is a culinary crime. That this even evolved from a traditional taco is enough to make my mind explode with fury. I'm not boycotting McDonald's, because I never went there to begin with. While I, like just about every child in America, do have strong nostalgia for the chain, any sentimental tie disappeared well over 15 years ago.

I'm just a home cook who can spot a poorly made meal a mile away. And this one is so atrocious it made me curious as to whether it was as bad as I imagined. It was.